Belle and Sebastian brought their baroque, melodic chamber pop to the Fox Theater in Oakland last Monday. Touring in support of a recently released trio of EPs, each titled How to Solve Our Human Problems and all featuring writing contributions by multiple band members, Belle and Sebastian were charming and disarming, alternating instruments as well as singing duties and harmonizing. With up to 10 people on stage, including two Bay Area natives, the Scottish outfit were an impressive sight with their line-up of guitars, basses, flute, cello, violin, organ, piano, trumpet, harmonica and more. 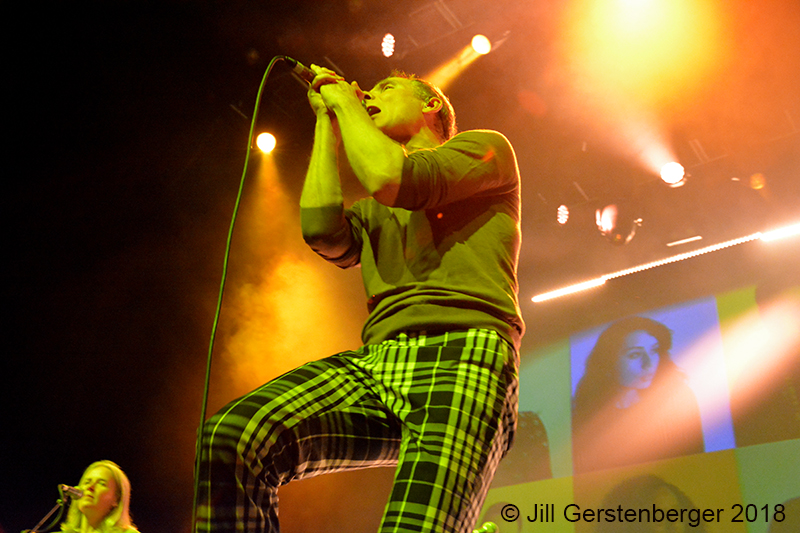 They opened the evening with “Show Me the Sun” and followed with early classic, “The Boy With the Arab Strap,” along with “We Were Beautiful,” “Sweet Dew Lee,” and “Poor Boy” from the new triad of EPs. While some new songs sounded like dance numbers from a bygone Brady Bunch soundtrack (trust me – that’s not a bad thing), others were more quiet and confessional, hearkening back to the band’s wistful, whimsical beginnings. 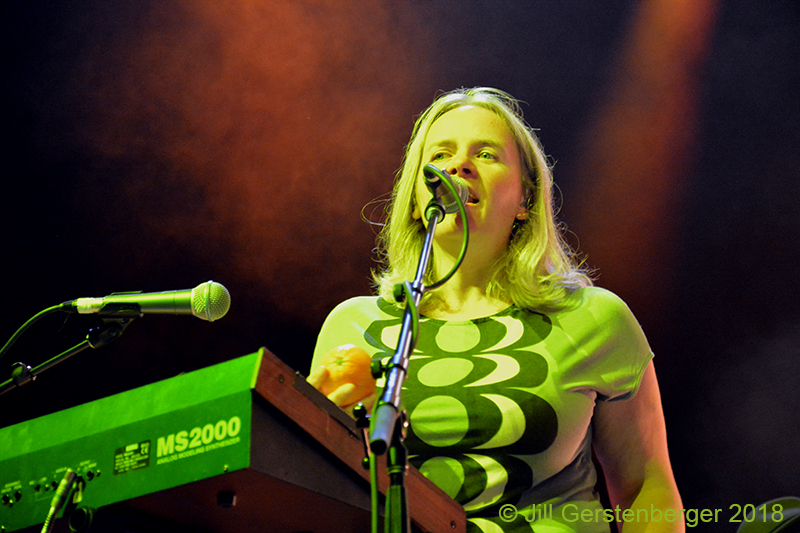 Belle and Sebastian are highly accomplished; perhaps that’s why they seem so content to be just where they are. They are anti-stars, coming across as shy and unambitious, unaware of the high esteem with which they are universally regarded, and humble despite demonstrated musical virtuosity. Never mind the fact that they are one of the biggest bands ever to come out of Scotland and widely considered one of the best indie bands in the entire world, Belle and Sebastian remain deliberately obscure with a passionately devoted cult following. 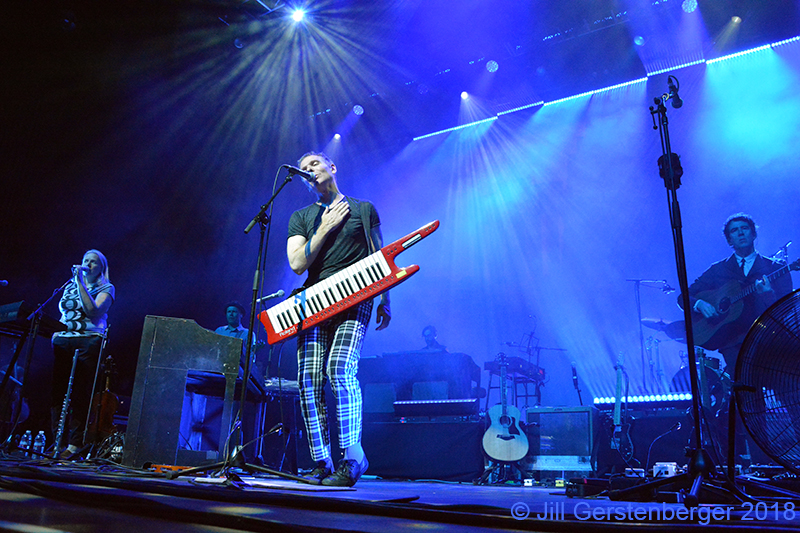 They could be so much bigger even than they are – they passed up an offer to open for Radiohead on their OK Computer tour in the late-’90s because they felt they weren’t quite ready for that kind of attention – but fame is not what they’re going for. Instead they are the quiet anti-heroes to the artists, the poets, the happy for no reason, the quiet misfits who feel deeply and feel alone. With no crossover hits to speak of, Belle and Sebastian remain an underground favorite in spite of having released nine studio albums over 20 years. And their fans seem to like it that way, holding them as a well-kept secret that’s shared only among those who truly get it. 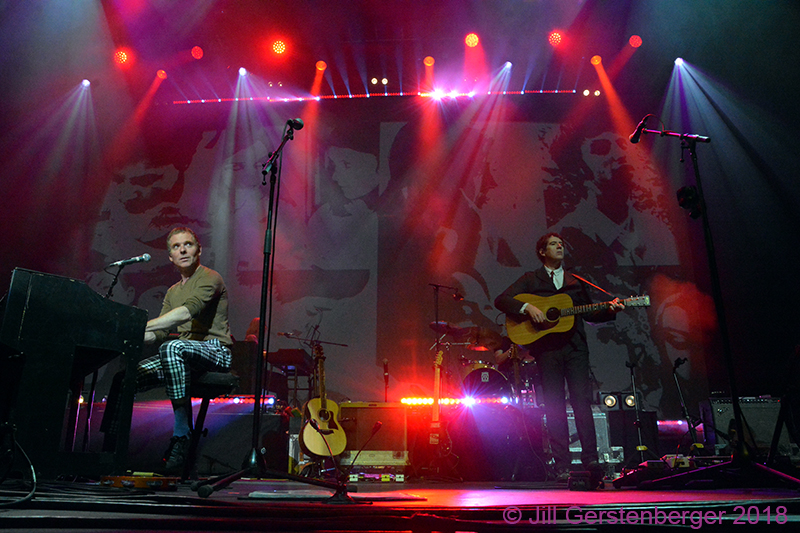 Stuart Murdoch, lead singer and primary songwriter for the band, seemed right at home at the Fox. Having spent some time in San Francisco which ultimately led to the formation of the band in 1996, it is very apparent that he still has a lot of love for the Bay Area. He offered playful commentary about Oakland vs. San Francisco, joking, “Why would anyone want to live there (in San Francisco)? It’s almost like there’s a mystical witch that’s cast a spell on it: Always winter, never Christmas. But here, in sunny Oakland…” 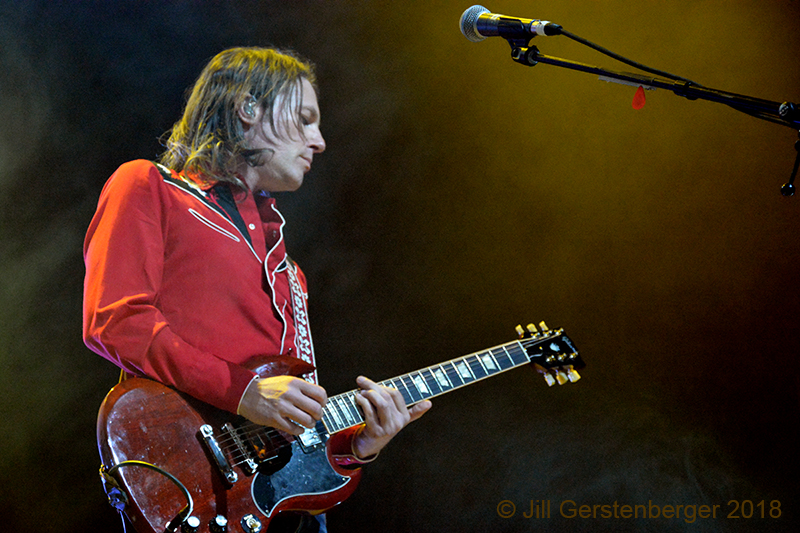 His affinity for San Francisco carried on into “Piazza, New York Catcher,” whose wistful lyrics, so delicately sung, cast a cozy hush over the audience: 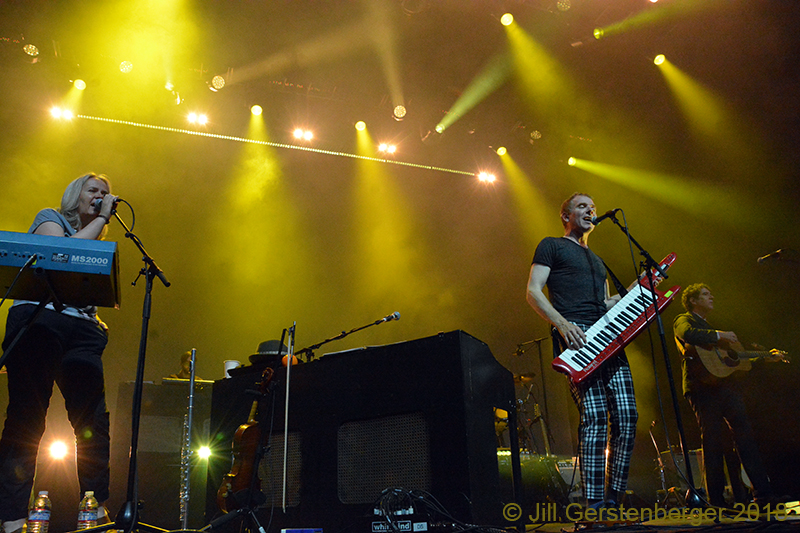 “San Francisco’s calling us, the Giants and Mets will play
Piazza, New York catcher, are you straight or are you gay?
We hung about the stadium, we’ve got no place to stay
We hung about the Tenderloin and tenderly you tell
About the saddest book you ever read
That always makes you cry
The statue’s crying too and well he may…” 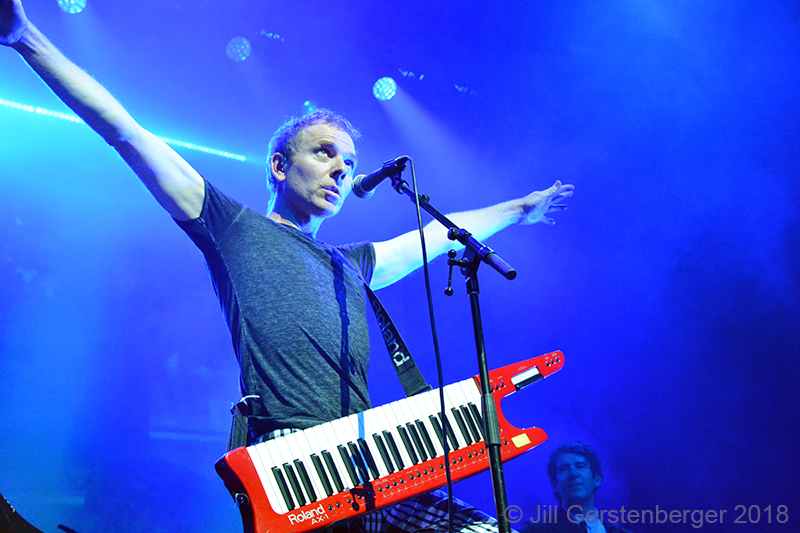 The band had great interaction with the crowd, soliciting their assistance in choosing some songs to play, then huddling on stage to make a decision. For “Jump to the Beat of the Party Line,” Stuart invited some of the audience on stage for an impromptu dance party, which revealed just how unintentionally, unpretentiously hipster their Bay Area fan base is. 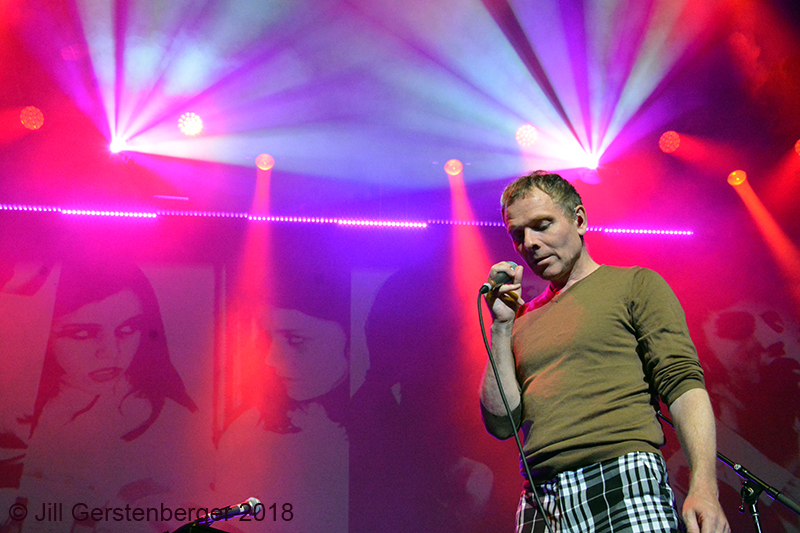 Stuart’s between-song banter was friendly, quirky and warm. “How do you think your summer’s gonna go? Are you gonna have a good one? Do you feel good? (Cheers) That’s good. Anybody having a kind of shitty summer so far? (Cheers) You can be honest. I mean, everybody’s got troubles or something. Let’s do a Buddhist thing, let’s do a yoga thing or something: Everybody’s gonna take a big, deep breath in, then you’re gonna breathe out, and you’re gonna breathe out all your shit and breathe it towards me. I’m gonna catch it and I’m gonna take it and put it in my pocket. Ready? Ok, deep breath in…” And after doing as he promised, he launched into one of the highlights of the night, “A Summer Wasting,” whose lyrics begin, “Summer and winter / winter and springtime / hear how the birds sing / everything will be fine…” 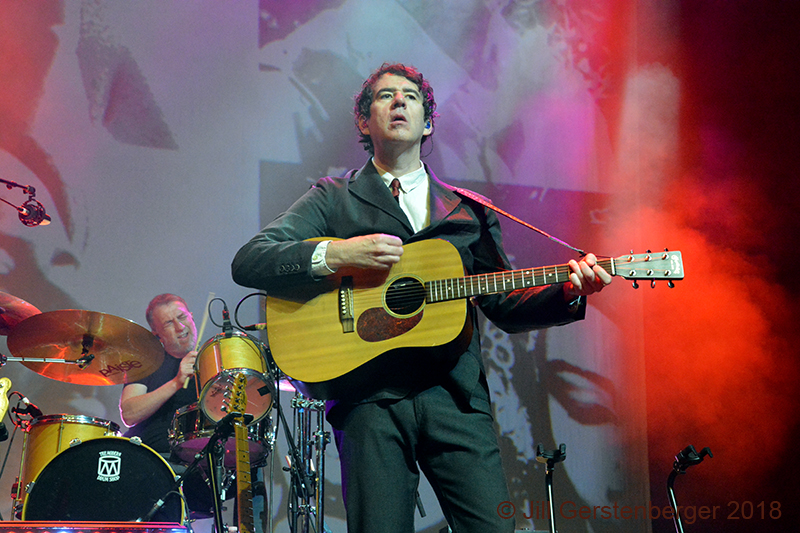 How to Solve Our Human Problems seeks to find a way to respond to the wretchedness of the world without using anger, and this performance made that herculean task seem effortless. Belle and Sebastian put on a fun and dynamic performance, instantly creating a happy environment where there was dancing, laughter and camaraderie, where the cares of the world – and there seem to be more now than ever – seemed to melt away, if only for one night.

Japanese Breakfast, hailing from Eugene and Philadelphia, opened the night. Led by singer and guitarist Michelle Zauner, formerly of emo group Little Big League, Japanese Breakfast was backed by a four-piece band that were so tight you wouldn’t have guessed the act is actually the singer’s solo project. Their flowery, lo-fi sound made a fitting opener for Belle and Sebastian. Despite technical difficulties beyond the band’s control, they played an intimate and memorable show with several stand-out songs. The crowd responded with delight when they played Little Big League’s “Boyish,” and Japanese Breakfast’s own “Everybody Loves You” and “Til Death” were also among the solid crowd-pleasers.

Zauner’s high-pitched voice is at once dreamy and urgent, and the lyrical content hovers between imaginings of love, loss and longing. The band’s sound is decidedly experimental, bordering on psychedelic, with a darkness that bursts into light and weaves its way around again. This juxtaposition of sometimes brooding, heartbreaking lyrics creates a depth that belies the sunny, summery sound of its often airy compositions.

Japanese Breakfast will return to the Bay Area in September for a headline show at the Great American Music Hall, and if the Fox’s reaction is any indication, they are likely to receive another warm welcome.

Set List: Show Me the Sun | The Boy With the Arab Strap | We Were Beautiful | Belle and Sebastian | If She Wants Me | Sweet Dew Lee | Funny Little Frog | Piazza, New York Catcher | A Summer Wasting | Seymore Stein | Same Star | Poor Boy | Mayfly | Sukie in the Graveyard | The Party Line | I want the World to Stop || encore | The Wrong Girlfriend | There’s Too Much Love | Sleep the Clock Around

Find out more about Belle and Sebastian on their website.

Set List: In Heaven | The Woman That Loves You | Road Head | Soft Sounds From Another Planet | The Body Is a Blade | Heft | 2042 | Rugged Country | Boyish (a Little Big League song) | Til Death | Everybody Wants to Love You | Machinist | Diving Woman