Belle and Sebastian
The Independent
August 10, 2017 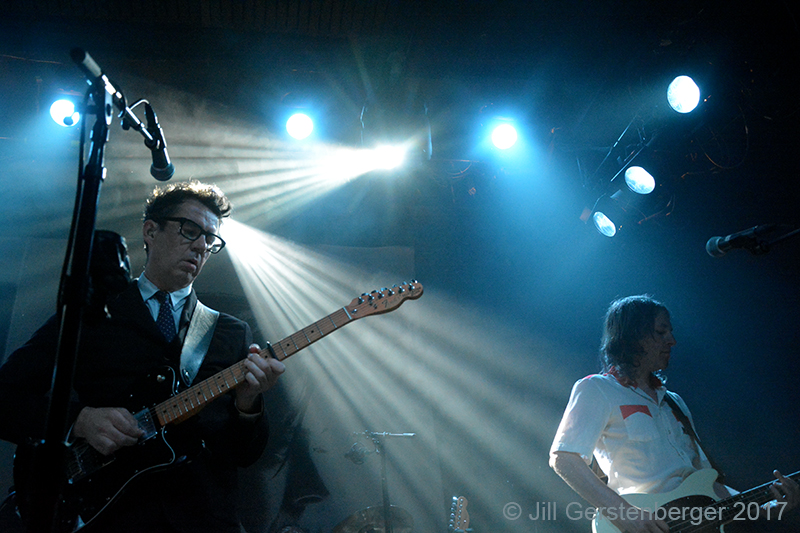 In a pretty significant way, Belle and Sebastian owe their existence to this love affair. Stuart Murdoch, the band’s founder and chief songwriter, came here in 1993 to escape the Scottish winter – a fact that speaks to just how cold it must be in Scotland. Like countless artists before him, he fell in love with this city for its quirky beauty and live-and-let-live ethos. He has said that Californians, “especially people in San Francisco, accepted you at face value, accepted you for what you were and weren’t prejudiced against you… I’m telling you, it’s angelic, that San Francisco.” He learned to play guitar here, and got his first taste of playing for American audiences in the Bay. When he left three years later, he vowed to come back with a band. 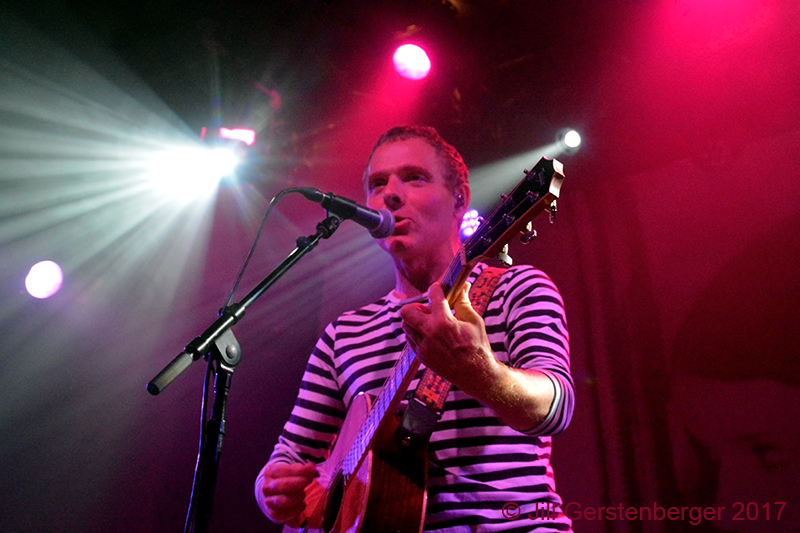 Now, twenty-four years and nine albums later, Belle and Sebastian returned to enchant Bay Area fans with their singular indie folk-rock chamber pop. With up to nine musicians and an eclectic collection of instruments on stage, they looked like the classic anti-stars. The only one who had an air of celebrity about him was lead guitarist and occasional singer/songwriter Stevie Jackson, whose black-rimmed glasses and retro suits gave him the appearance of having Buddy Holly’s looks and Elvis Costello’s intellect. Nearly everyone else in the band could’ve passed for high school music teachers, dressed as they were in simple slacks and ordinary sweaters. Had they all huddled together for a picture it surely would’ve looked like one of those awkward family photos. But, as drummer Richard Colburn has said, “It’s not about the fashion, since we’ve never been in fashion.” And it’s part of their art student appeal – Stuart needed only mention visiting the Art Institute in San Francisco for the crowd to burst into applause. 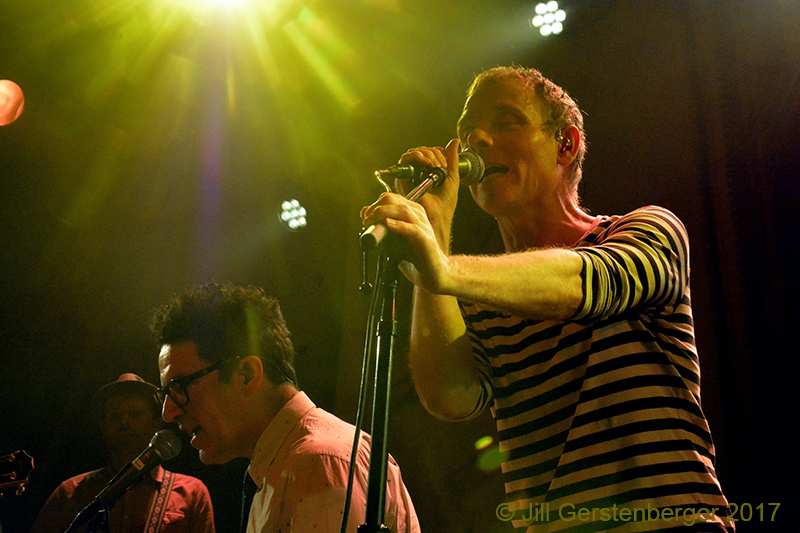 The band performed with no support act, launching straight into favorites like, “Dog on Wheels” and “Middle Distance Runner.” Bopping heads and smiling faces ruled the audience during the catchy sing-along “A Summer Wasting,” whose chorus begins, “I spent the summer wasted.” And there was almost total silence when the group resurrected the delicate piano- and flute-laden tune, “We Rule the School” from their legendary debut album, Tigermilk. Stuart updated its famous last line from “You know the world is made for men and not us,” to “You know the world is made for rich white men,” to which some in the crowd whooped. One audience member could be heard asking in hilarious confusion, “Did people just ‘whoo’ to that?” 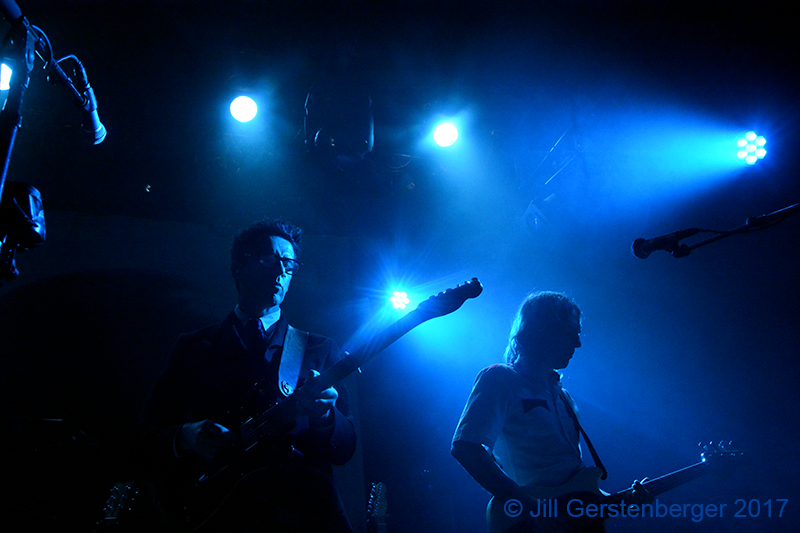 Musically, Belle and Sebastian are difficult to categorize. Among other instruments, the cello, violin, harpsichord, flute, piano, hammond organ, piccolo, trumpet, acoustic, electric, and 12-string guitars round out their lush yet delicate sound. Lyrically, the songs are character-driven, often about daydreaming, being the odd one out, the introverted quirky one, the one who gets made fun of, the one with the pocketful of pills “to fix her brain” – the one who is destined for art school. Frequently concerned with the troubles of growing up and navigating awkward social situations, the songs are at turns introspectively melancholic and decidedly optimistic, laid over flowery, melodic music, not unlike the formula that helped make Morrissey, Stuart’s idol, famous. And fans relate to Belle and Sebastian in a similar way that Smiths fans identify with Morrissey: for many of them, this band is singing their very lives. 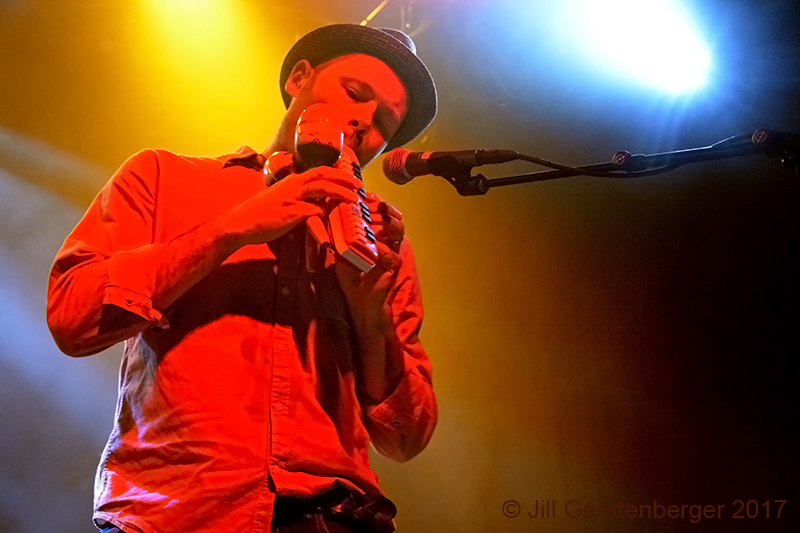 Stuart seemed genuinely happy to be here, carrying on a friendly rapport with the crowd. He was affable and talkative, telling stories of his San Francisco days and demonstrating a curiously intimate knowledge about MUNI bus lines. (Earlier that day, he tweeted, “I feel like I can be myself more completely on the San Francisco MUNI than pretty much anywhere else in the world. One can express oneself!”) He paused early on to take stock of the crowd. “Let’s see, who do we have here? Are these a bunch of old fans from a long time ago?” And the audience erupted in cheer. When someone requested “Lazy Line Painter Jane” and said she could sing Jane’s part, Stuart actually took her up on it, inviting her on stage to close out the show during the band’s only encore. 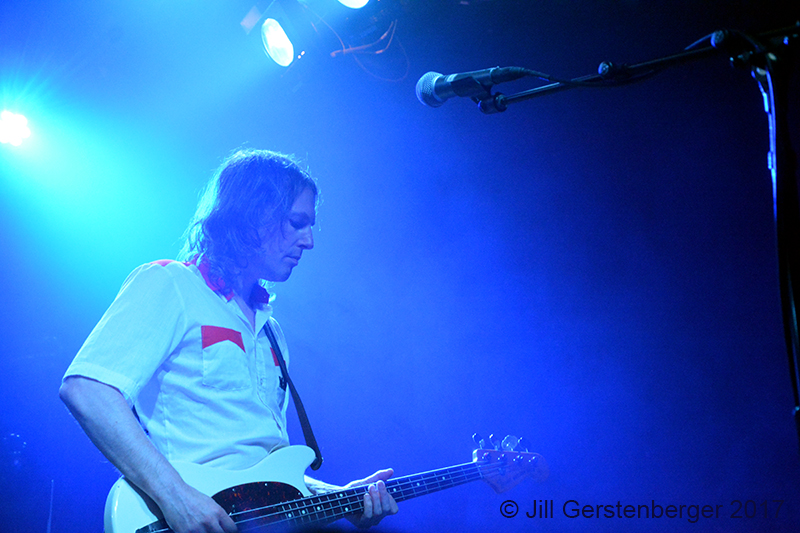 After eighteen songs, the band departed the stage, perhaps too soon judging by the sounds of sorrow that rose from the crowd. Two days later, Stuart tweeted that the show at The Independent was one of the “funnest gigs we ever played.” If San Francisco is angelic, then Belle and Sebastian were this crowd’s idols. Here’s hoping they won’t take as long as Jesus to come back.

Set list: Dog on Wheels | Seeing Other People | Sweet Dew Lee | Expectations | Photo Jenny | Middle Distance Runner | Sukie | Jonathan David | We Rule the School | A Century of Fakers | I Can See Your Future | Stay Loose | A Summer Wasting | I Don’t Love Anyone | A Woman’s Realm | We Are the Sleepyheads | The Party Line | Sleep the Clock Around || encore | I’m a Cuckoo || Lazy Line Painter Jane

For more information about Belle and Sebastian, go here.