Aurora is a force to be reckoned with. This Norwegian singer-songwriter is known for her unique Nordic brand of indie electropop, which features her soaring voice and captivating storytelling. She is currently on the world tour of her debut album, All My Demons Greeting Me as a Friend, which came out March 11 of this year – before she had even turned twenty. Her performance at the Fillmore showed San Francisco the talent, charisma, and performance quality that have brought her renown at such a young age. Her backing band, though perhaps lacking Aurora’s utter dynamism, comprised skilled musicians with a sweet group dynamic that grounded out her performance. 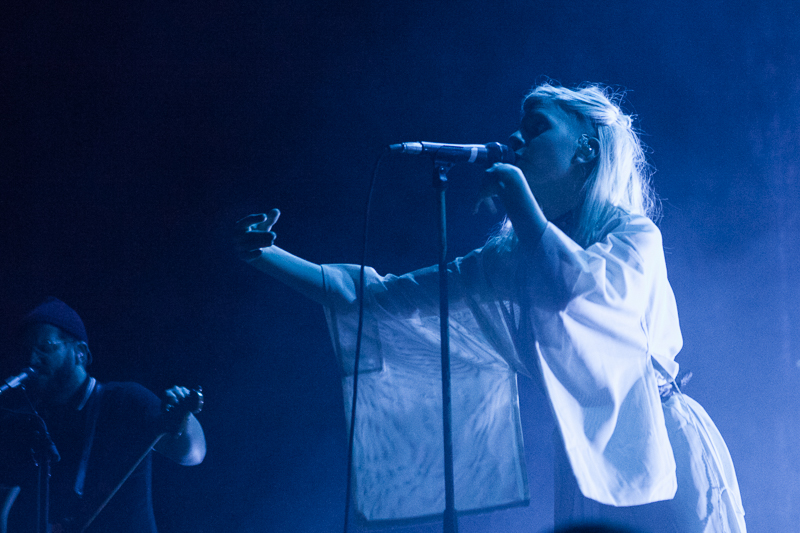 They played most of the tracks from All My Demons, starting the set with “Lucky,” singing “I’m lucky to be alive,” echoing the sentiment shared by everyone in the audience at that moment. A highlight was “Murder Song (5, 4, 3, 2, 1)”, for which the whole band left the stage except for Aurora and her guitarist. They sang the dark ballad from an empty stage to a hushed full house, demonstrating Aurora’s particular talent for transmuting dark subject matter into delicately beautiful and emotionally powerful music. “Runaway” picked up the performance with the drums and synth exploding from behind Aurora as she howled her hit song and spun and leapt around the stage. Her very last song of the night was a heart-tugging rendition of David Bowie’s “Life on Mars?”, which had the audience completely spellbound. 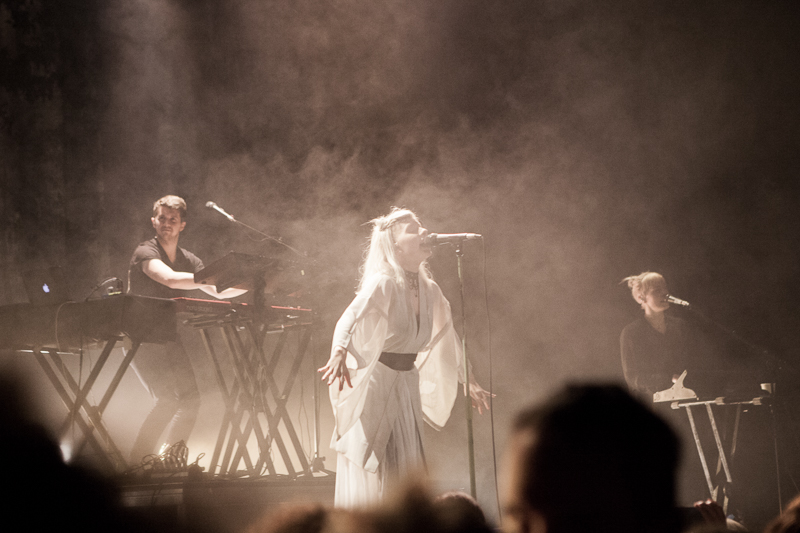 Aurora has a special relationship with her fans. Everyone at the show seemed to know Aurora as a dear friend, and throughout the show she was waving and grinning and blowing kisses from the stage. Every time she paused to speak to the crowd, someone would pass up a gift they had brought for her – a hand-drawn portrait, a gemstone, a vintage poster of butterflies and moths that calls to mind one of Aurora’s emblems. She graciously accepted every gift, thanking the giver. Even more special was her leading the crowd in a rendition of “Happy Birthday” for the (newly) seven-year-old girl perched on her dad’s shoulders who had gotten to come to this concert as her birthday present. Being in her presence can feel like being near a saint, where the audience feels accepted and blessed to be there with her experiencing her art. She is a beacon of love in a time where there never seems to be enough. 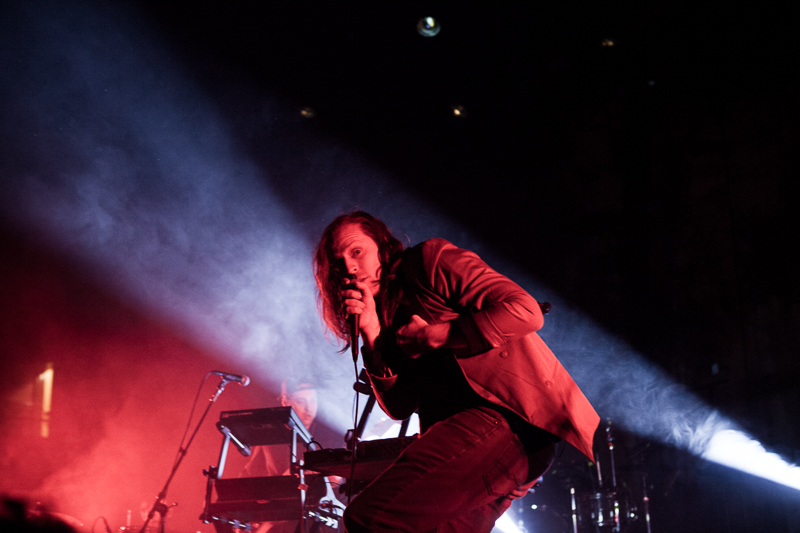 Openers Foreign Air hail from the East Coast and are in California for the first time spreading their distinct flavor of psychedelic indie rock. Frontman Jesse Clasen was outstanding, with an ethereal falsetto that dipped down into a melodious voice that, with artistic distortions, became strange, primal, and immensely compelling. He seemed to share with Aurora a skill and commitment to storytelling through song and movement, as well as a strange and dynamic charisma.

Check out this slideshow of photos of Aurora by Bobby Cochran:

For more information about Aurora, check out her website.

Aurora O’Greenfield is a student at the University of California Santa Cruz studying Theater Arts. Her passion for music stems from a love of singing and performing. Living near the Bay Area affords her opportunities to experience amazing live music and collaborate with many talented people. When not performing or practicing or thinking about music or theater, she’s usually nerding out about plants.