21 years ago, Apocalyptica released their debut album Plays Metallica by Four Cellos, which featured classic Metallica songs rearranged for cello. The record was a smashing success, and the band has cultivated a legion of fans in the metal community for their unique neo-classical take on the genre. In celebration of the 20th anniversary of Plays Metallica by Four Cellos, Apocalyptica has been touring across North America, stopping in at the Fox Theater on a Tuesday night to play an epic set of cello renditions from Metallica’s discography. 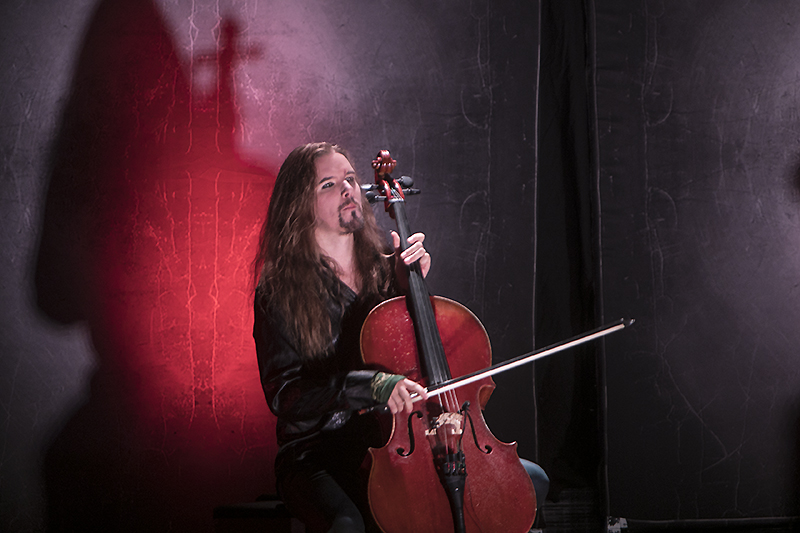 The four cello players, Antero Manninen, Eicca Toppinen, Paavo Lötjönen, and Perttu Kivilaakso, took to the stage and began the night by playing through the entirety of their debut album, starting with the grooving trash of “Enter Sandman.” For those of you wondering if cellos can pull off playing heavy metal music, the answer is a resounding “Yes” as the band had no trouble matching the original’s menacing groove and feel. Kivilaakso, who handled most of the solos for the night, had no issues in effortlessly matching Kirk Hammet’s original solo, adding in plenty of distortion and a wah-wah pedal. This trend continued through the next couple of songs, with “Master of Puppets” standing out as one of the best. The song is a multi-section epic that lends itself to being performed by classical musicians, particularly during the intricate mid-song breakdown, where Apocalyptica mesmerized the audience with each cello playing its intricate counterpoint melody. 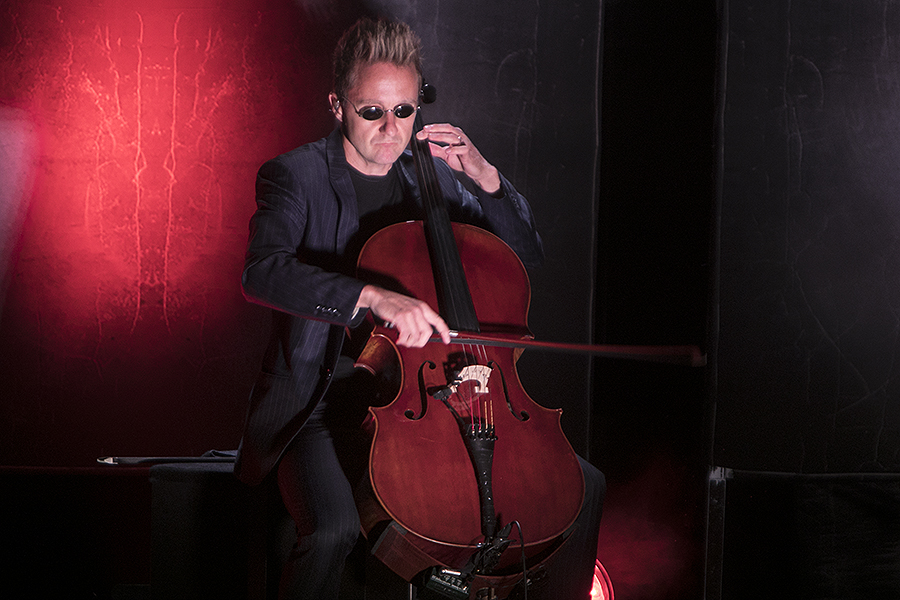 Mid-way through the first set, Toppinen and Kivilaakso stood up from their seats to trash around the stage dishing out tasty solos on Metallica staples such as “Sad But True” and “Creeping Death.” Toppinen took to the microphone to thank the audience for sticking with them these years before introducing Manninen, an original member who has now returned to the lineup, before the band launched into a fiery rendition of “Welcome Home (Sanitarium).” Apocalyptica shines on the slower, more cinematic, Metallica pieces and this was certainly the case for this song as Manninen’s lyrical and emotional lead lines stood out. 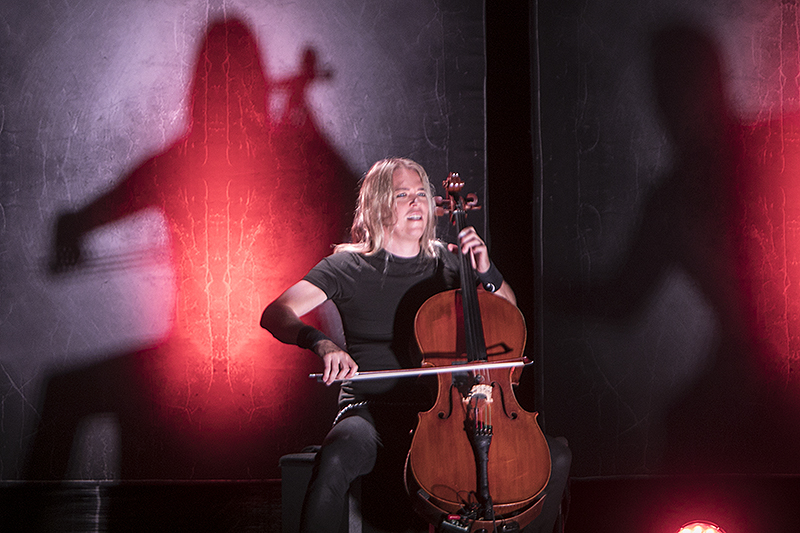 After a brief intermission, the band came back on and opened up the rest of the stage to a reveal a drum set, manned by Mikko Sirén, to play another set of Metallica covers, many of which they had never performed live before this tour. 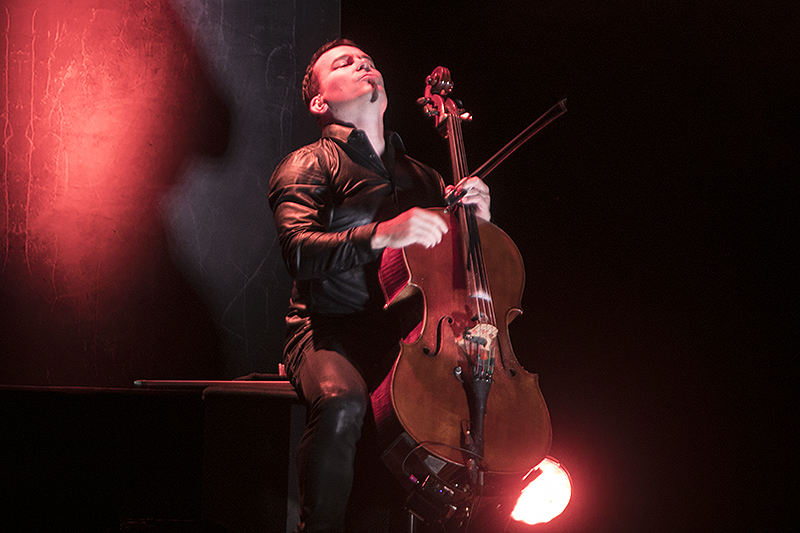 Again, Apocalyptica is at their best when they focus on Metallica’s intricate and neo-classical influenced songs such as the rousing “Fight Fire with Fire” and “Orion.” The latter song was particularly enthralling as the dense web of cellos brought out new harmonic and melodic undertones to one of Metallica’s most legendary compositions. 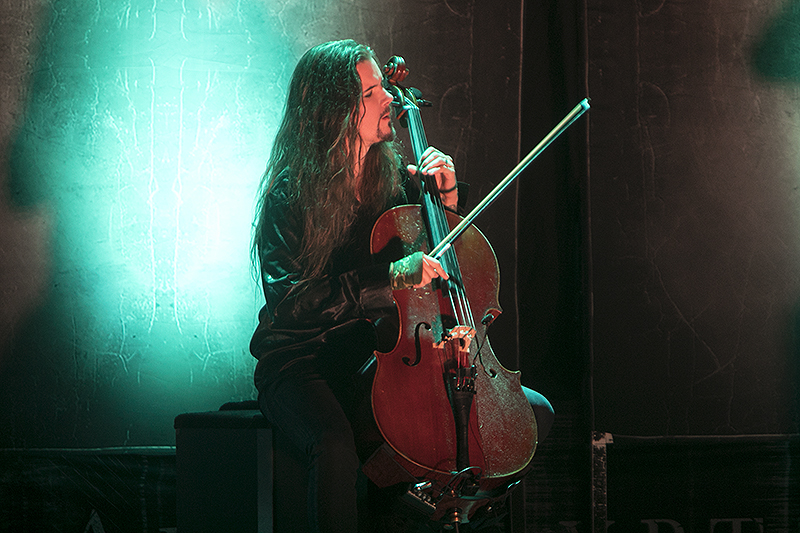 The most surprising cover choice and one of the most memorable was a spirited rendition of the thrashing “Battery.” The band adapted the song’s classical guitar intro perfectly, merging plenty of dense and intricate parts into one coherent whole before exploding into the song’s furious thrash gallop, with Sirén performing an impressive Lars Ulrich impression in keeping the rhythm tight and punchy.

Finally, the band closed out the set with a strong reading of the fan favorite “Seek and Destroy,” which got the packed audience chanting the song’s chorus along with Kivilaakso. Eventually, the band returned for a two-song encore in the form of “Nothing Else Matters” and “One.” Again, the slower and more downbeat Metallica songs stood out, with the beginning of “One” containing plenty of impressive bits of playing from each of the four cellists. 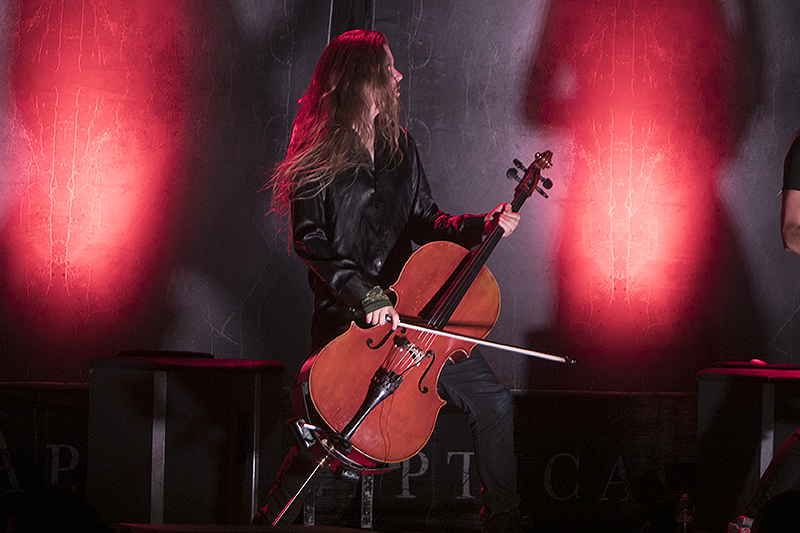 Apocalyptica have become a mainstay in the metal scene since emerging 21 years ago and to see them pay homage to their roots and perform a set that consisted entirely of Metallica covers was incredible to see and hear, and they did a fantastic job of capturing the epic nature of those songs, proving that cellos can be metal too!

Here’s a slidesho with more photos of Apocalyptica by Raymond Ahner:

Setlist:  (All songs were Metallica covers)  Enter Sandman| Master of Puppets | Harvester of Sorrow | The Unforgiven | Sad but True | Creeping Death | Wherever I May Roam | Welcome Home (Sanitarium) | Fade to Black | For Whom the Bell Tolls | Fight Fire With Fire | Until It Sleeps | Orion | Escape| Battery |Seek & Destroy ||Encore || Nothing Else Matters | One