Ann Wilson put on a phenomenal performance at the UC Theater in Berkeley on a recent Friday night. The singer, best known as the lead vocalist of the hard rock band Heart, is considered to be one of the top rock vocalists of all time and she did not disappoint. Heart was formed in 1973 with Ann’s then boyfriend Mike Fisher and they were joined by Ann’s sister Nancy on lead guitar. The band soon rose to fame a couple years later with the release of their debut album, Dreamboat Annie. This album eventually sold over a million copies and produced two hit singles ‘Crazy on You’ and ‘Magic Man,’ both of which have been staples of AOR radio for the past four decades. 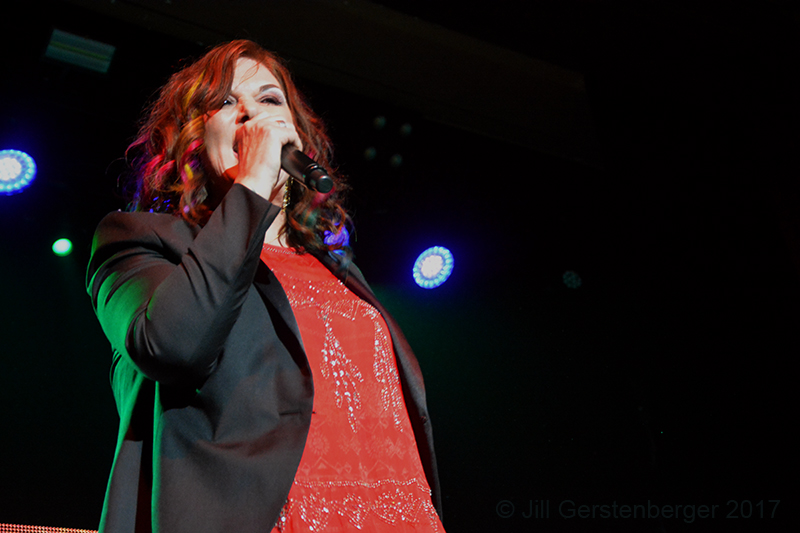 In 1977 Heart released their second million-selling album Little Queen, with the hit ‘Barracuda,’ and the next year released Dog and Butterfly with the hit ‘Straight On’. Mike Fisher left the band a month after his brother Roger, who had been dating Nancy, was voted out. In the 80s the band’s popularity faded only to rise in 1985 with the release of the album Heart, which had more of a pop sound and included four top ten hits, ‘What About Love,’ ‘Never,’ ‘These Dreams,’ and ‘Nothin’ At All.’ 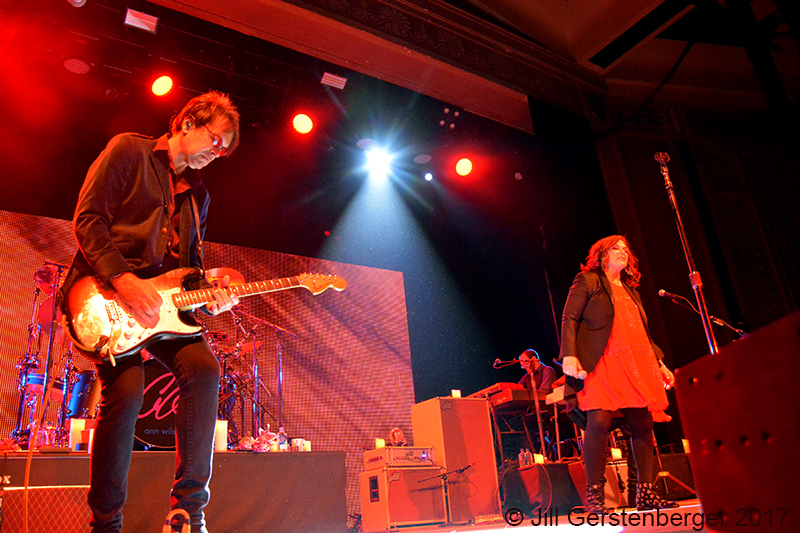 In the mid-nineties, Nancy took a hiatus from the band to raise a family and Ann went on tour as The Ann Wilson Band. Heart re-formed in 2002 and went on tour; in 2007 they were honored by VH1 at the VH1 Rock Honors. In 2012 they performed a tribute for Led Zeppelin at the Kennedy Center Honors which was broadcast on CBS television. Their rendition of ‘Stairway to Heaven’ with Jason Bonham (son of the late Led Zeppelin drummer Jon Bonham) on drums quickly went viral as the amazing performance earned a standing ovation while a tearful Robert Plant looked on from the balcony with his other remaining Led Zeppelin bandmates. 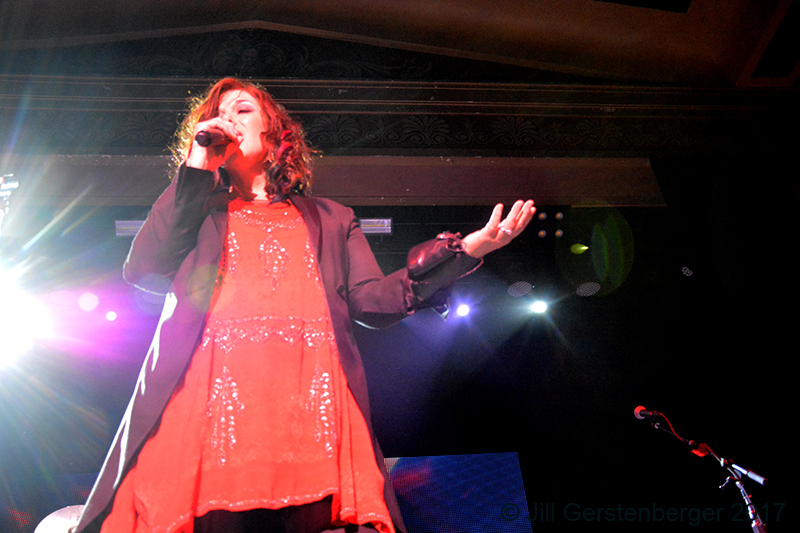 In 2013 they were inducted in to the Rock and Roll Hall of Fame and in 2016 they embarked on a tour with other Rock and Roll Hall of Fame inductees Joan Jett and Cheap Trick. The two sisters are currently working on solo projects which is where we are today with Ann Wilson touring with her band and going by the name ‘Ann Wilson of Heart.’ The show she performed at the UC Theater was absolutely incredible. The venue, which holds around 1800, was far more intimate than the usual arena shows she plays with Heart and she was able to make eye contact and connect with the crowd. The set consisted of a few Heart songs and mostly cover tunes. These weren’t cheesy nostalgic songs making you wonder why she was wandering away from her hard rock roots but included a set of kickass rock’n’roll and blues tunes which really showcased her powerful and emotive voice. 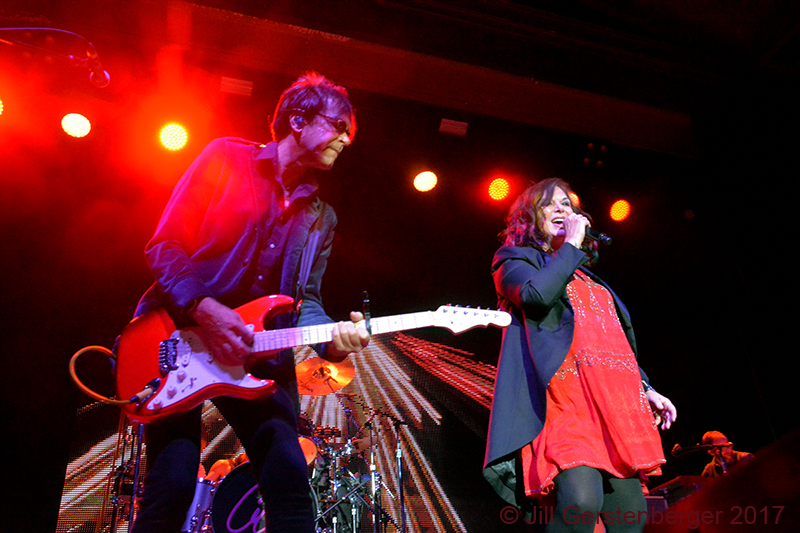 Wilson hit the stage with a cover of The Who’s ‘The Real Me’ and went from there to the Heart classic ‘Barracuda.’ Wilson has the ability to be vulnerable and let the music and emotions of the song flow through her the way the great soul and blues singers like Otis Redding and Etta James could do but she can belt it out like Robert Plant as well. This worked especially well in the Screamin’ Jay Hawkins cover ‘I Put A Spell On You’ that she sang next. She had the crowd screaming their heads off while she had them in the palm of her hand. She did a rocking version of the Jimi Hendrix tune ‘Manic Depression’ before taking a brief intermission to change outfits. 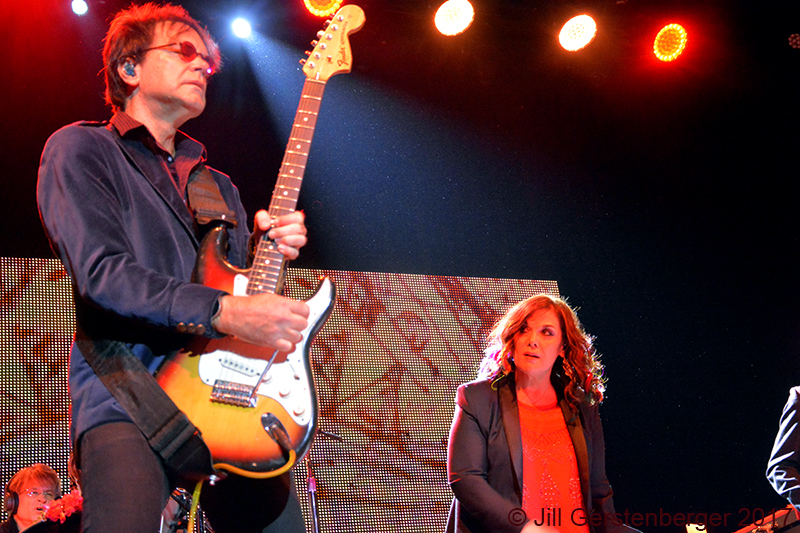 Her band which included Craig Bartock on guitar, Denny Fongheiser on drums (both from Heart), Andy Stoller on bass, and Dan Walker on keys did an amazing job. They’re all talented veteran musicians whose resumes are filled with tours with other famous musicians. 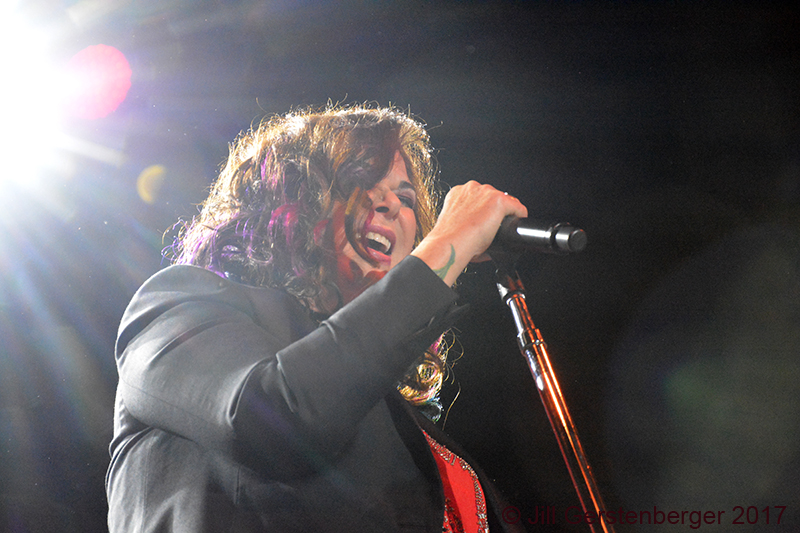 For the second set, Wilson did a soulful version of The Black Crowes’ hit ‘She Talks To Angels’ before going in to a hard-edged version of The Animals, ‘We Gotta Get Outta This Place’ that drove the crowd wild. From there she just knocked one hit out of the park after the other with the Heart song ‘Alone’ followed by two spine tingling Who covers, ‘Love, Reign O’er Me’ and ‘Won’t Get Fooled Again.’ Wilson’s voice is fantastic in covering these tunes originally belted out by the amazing Roger Daultry. The crowd kept getting louder and louder until Wilson ended the second set with a great version of the Heart song, ‘Crazy On You.’ 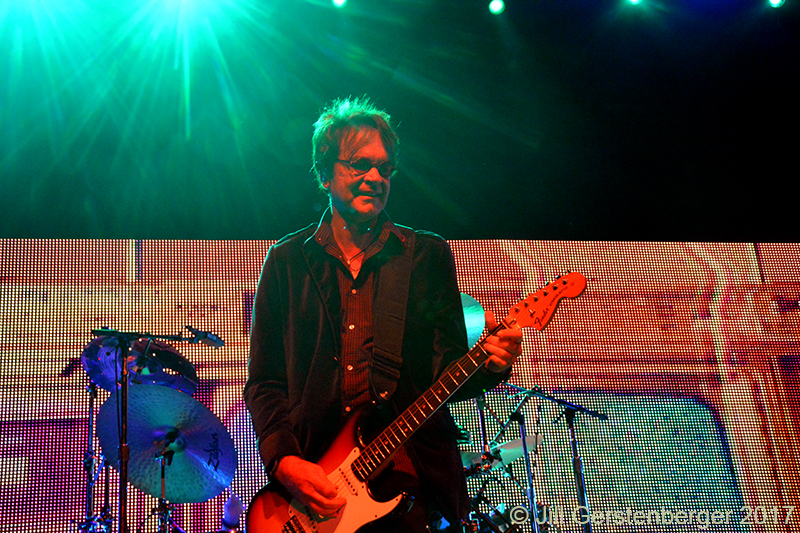 She came back for two encores as the crowd cheered her on. The second encore included the fan favorite ‘All I Wanna Do,’ a cheesy song about a one night stand that Wilson manages to sing beautifully despite the lyrics. Wilson dedicated this song to Cecile Richards, the president of Planned Parenthood, and projected images of protests and the women’s march on Washington behind her in an interesting duality with a political statement. She had a wicked grin on during this song which was devilishly entertaining. Wilson has a short tour of these solo dates coming up for the next month. Do not miss getting the chance to see her in these smaller venues. She is really a unique and legendary talent and it’s an honor to see a performer of this caliber in such in intimate space.

Find out more about Ann Wilson on her website.