When Andrew W.K. says it’s time to party, you will party hard. 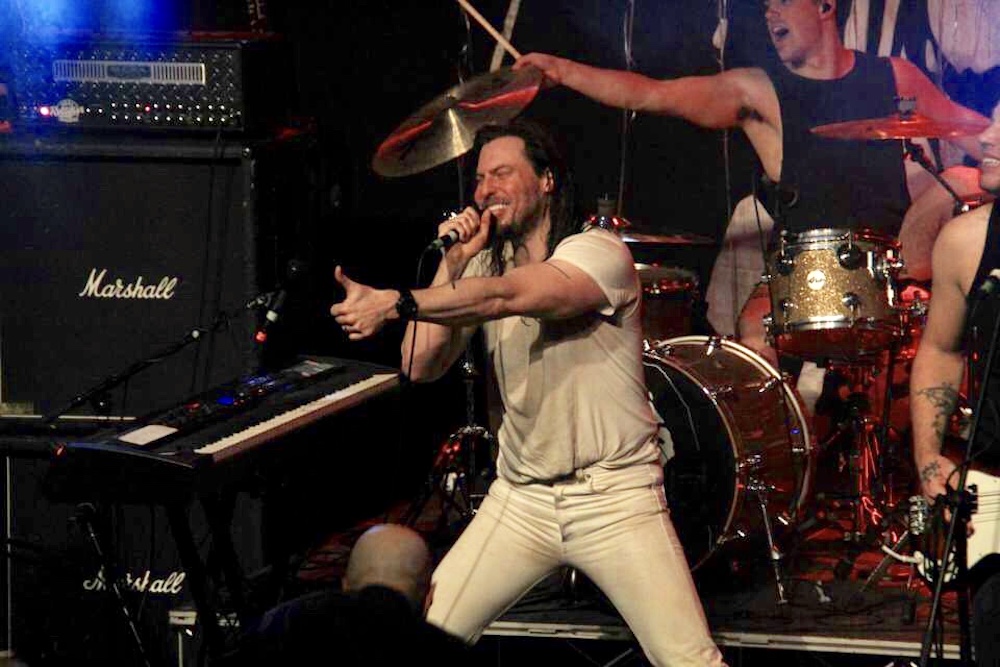 If W.K. had one wish, it would be for all partygoers in all the land to throw caution to the wind and live their best life. The inspirational Party God gives you permission to be exactly who you are. He loves you, and he’s not ashamed to show it. 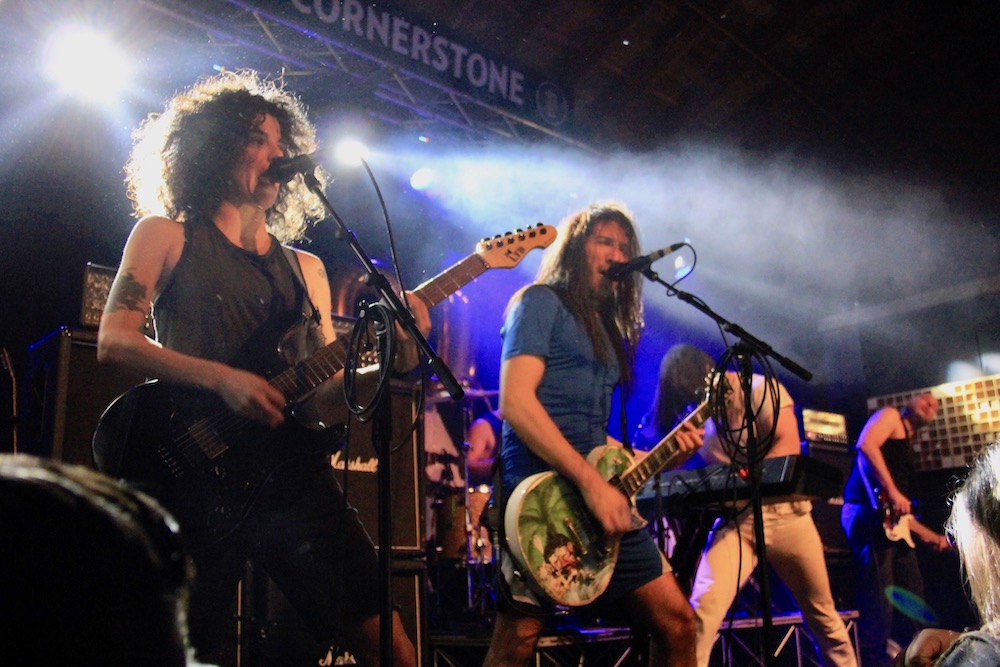 Fans filled the floor on New Year’s Eve to soak up his joyful energy and ring in 2019 with a bang. An illuminated disco ball spun overhead, flecks of glistening light bedazzled the walls, while W.K. led a 30-second countdown. At the stroke of midnight, silver confetti exploded over the crowd as people wrapped their arms around each other, kissed, and cheered. 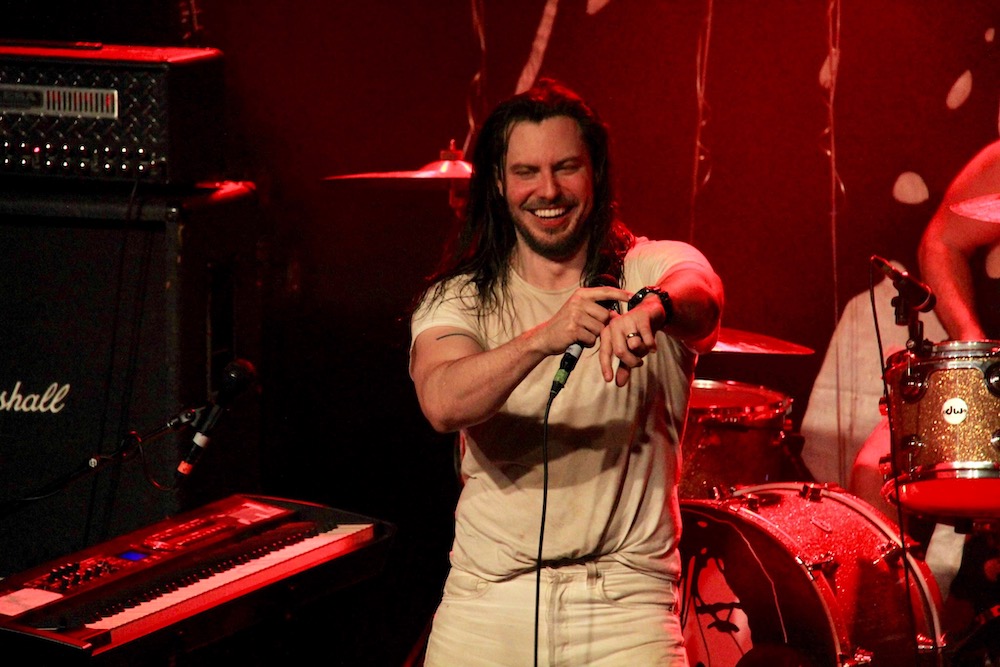 “I mean really, New Year’s Eve, that mindset and that feeling, has been a big inspiration for me in general,” W.K. wrote on Twitter. “Trying to figure out a way to make that feeling present every day, or every party, as much as possible.” 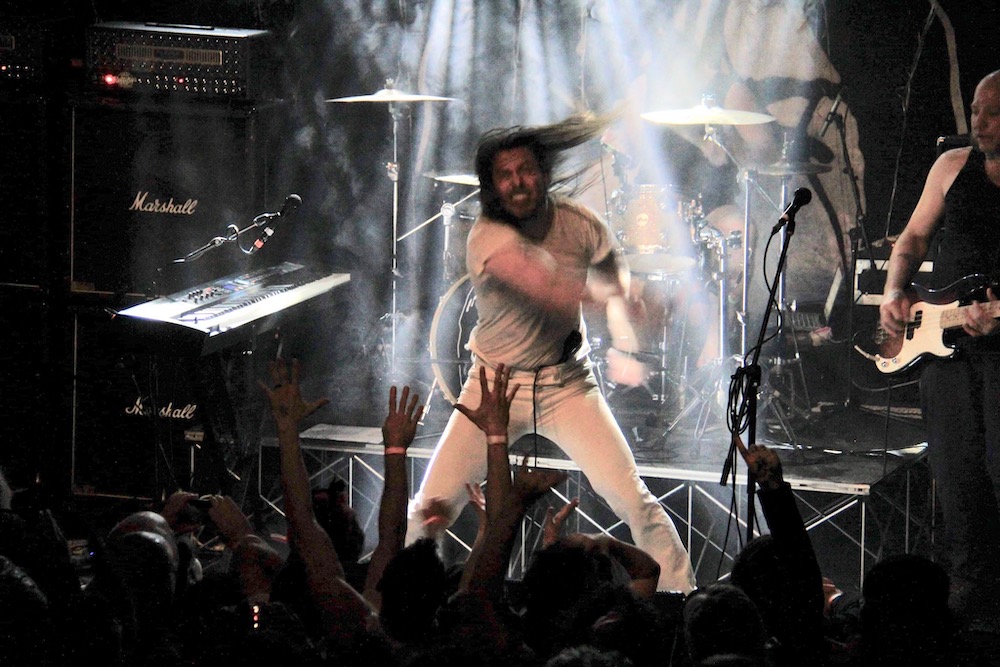 W.K. and his full band — drummer Clark Dagger, bassist Gregg Roberts, and guitarists Erik Payne, Dave Pino, and Amanda Lepre — played for a full crowd at Berkeley’s Cornerstone Craft Beer and Live Music. The intimate, independent venue has some of the best sound in the Bay Area and felt perfect for the likes of W.K. 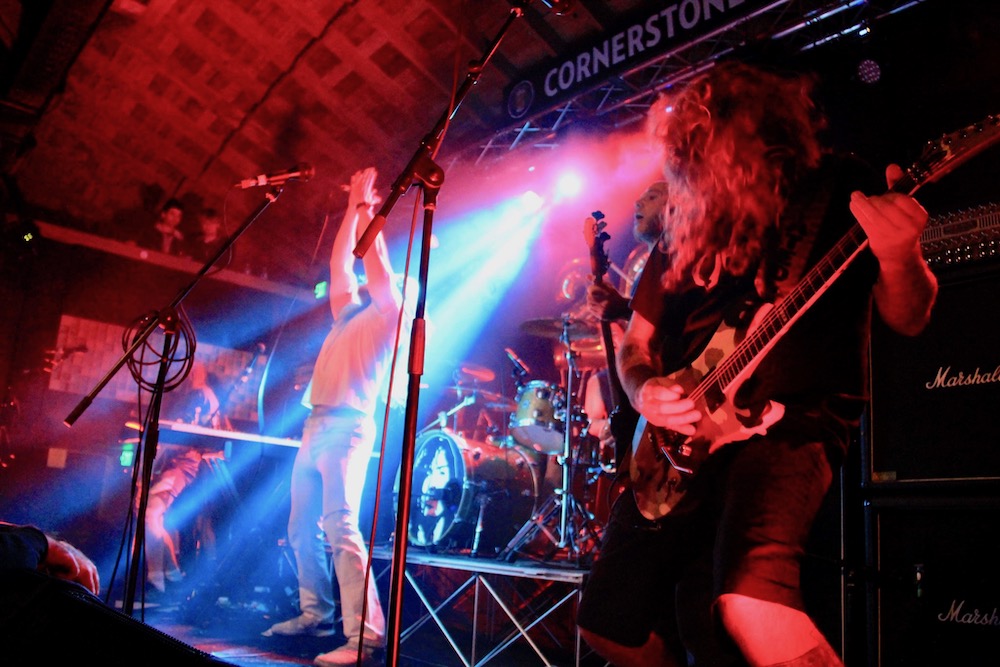 It felt like a rowdy house party. A large pit emerged on the floor, people slammed and swayed into each other as W.K. lunged forward, slamming the keys of his piano. Dressed in his iconic white jeans and dingy white tee, he made silly faces at the crowd, jammed his mic down his pants, and headbanged in front of his giant, bloody portrait (the iconic I Get Wet album cover), which hovered over the drumkit. 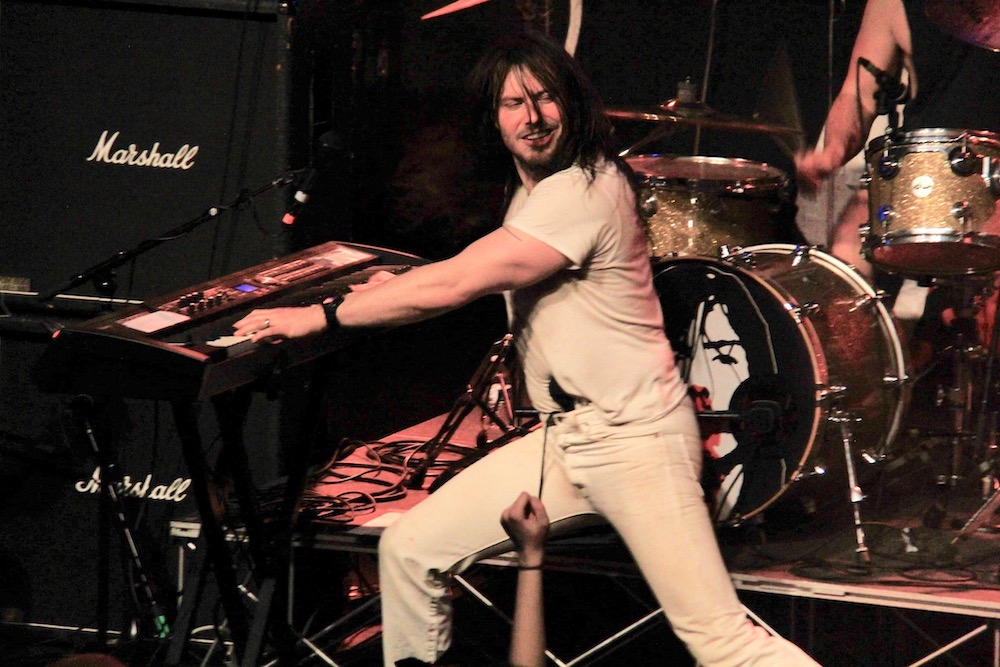 Opening with some Chuck Norris-style windmills, the crowd started cheering to a newer track, “Music is Worth Living For.” He played a lot off his 2017 record You’re Not Alone, but fans went wild for his iconic numbers, like 2001 hits “It’s Time to Party” and “Ready to Die.” 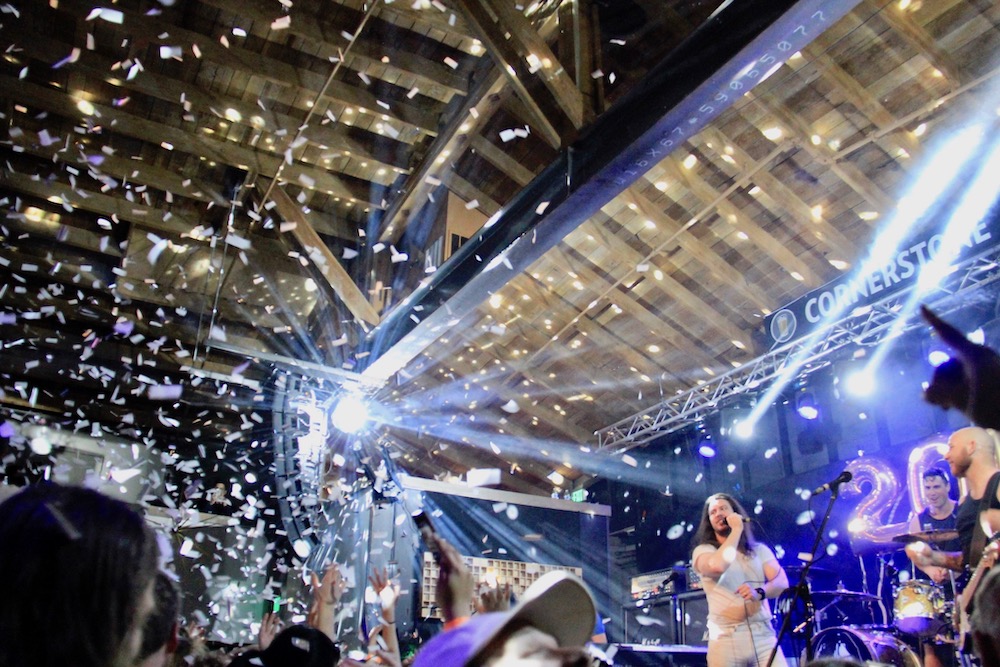 W.K. started playing in Detroit punk and metal bands by the time he was in high school. Soon he started recording his own music — a hybrid of metal, pop, and dance — and caught his big break in the mid-90s after friends passed his demo tape (accompanied by a handwritten letter) to labels, including Bulb. Thanks to Foo Fighters frontman Dave Grohl, W.K. played his first big gig at The Fillmore in San Francisco. 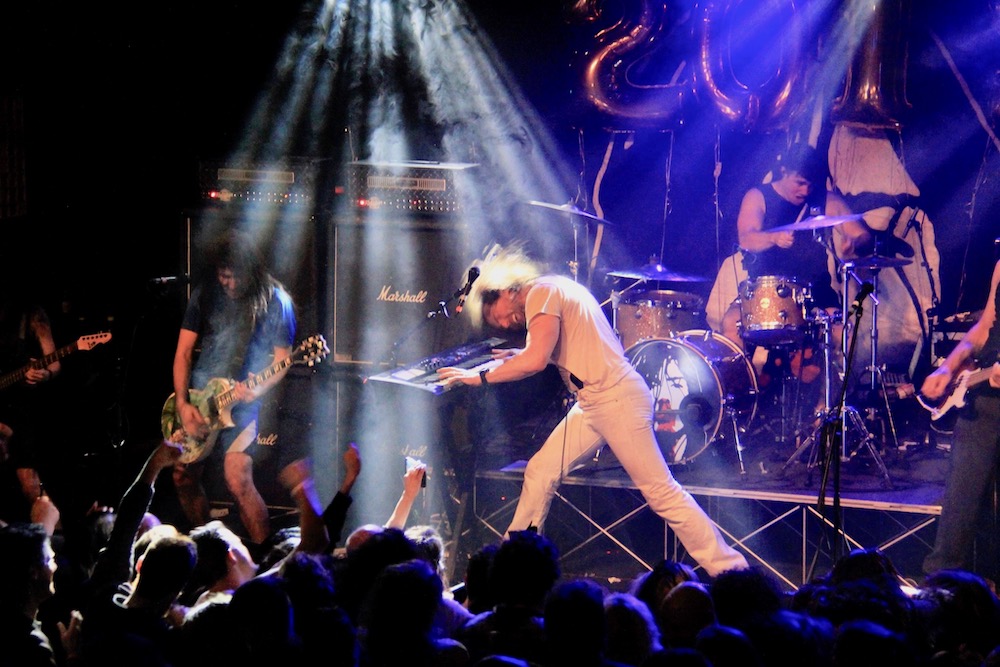 He gained some buzz with 2000’s EPs Girls Own Juice and Party Til You Puke, soon rising to fame with the debut of I Get Wet in 2001. His latest album is the first in 12 years. In that time, he also became a household name due to his TV series Destroy Build Destroy, motivational speaking, and his (ad)VICE column, in which he tackles subjects like anger, depression, and the glory of tacos. 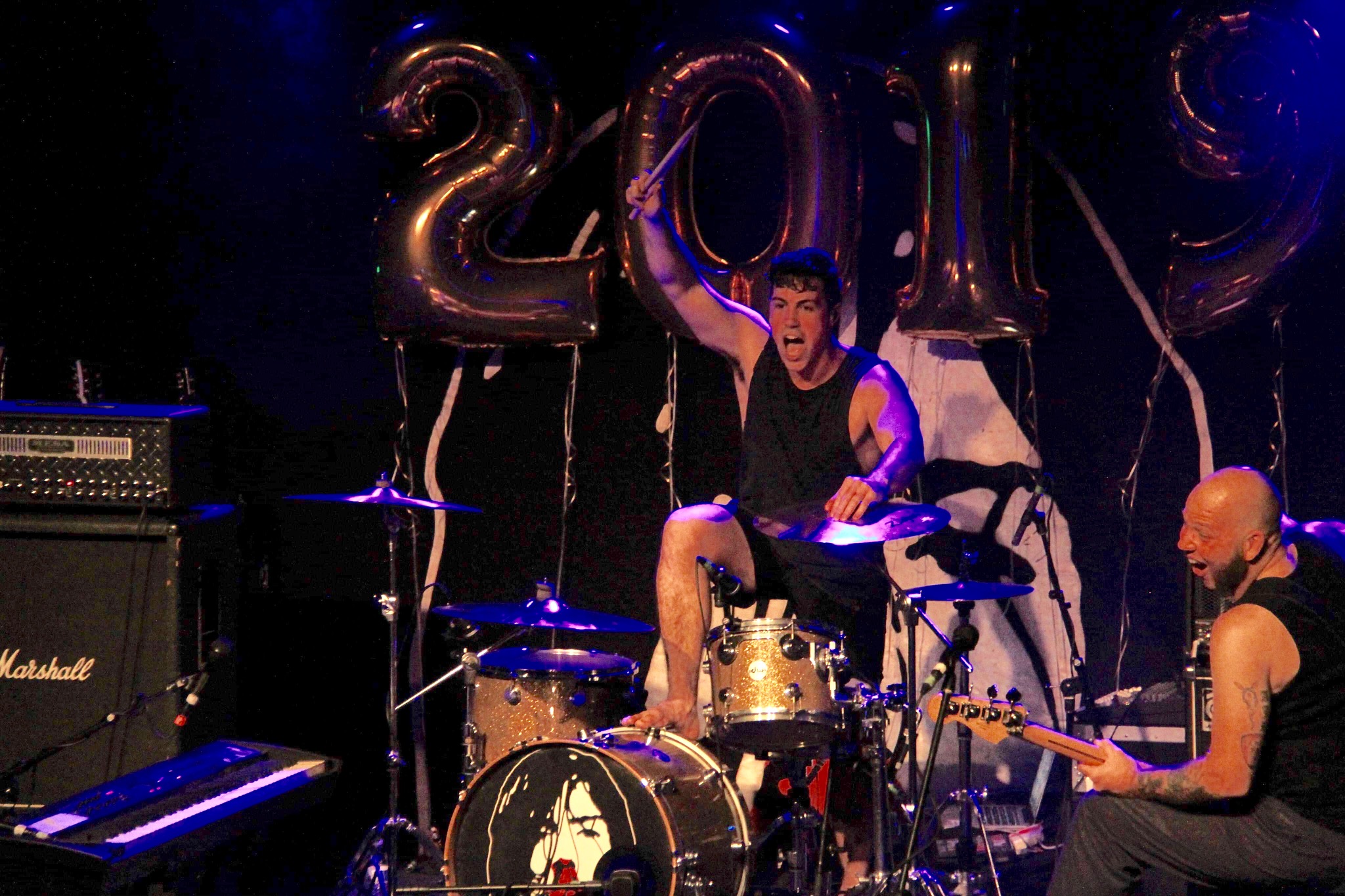 W.K. writes music for everyone. Whether it’s honoring your womanhood and throwing your hands in the air to banger “She is Beautiful” or feeling held and understood to new track “You’re Not Alone,” fans find bits and pieces of themselves in his music. Sometimes you reflect. Other times you celebrate yourself. And every time you’re reminded that life, even in its darkest moments, is pretty damn beautiful. 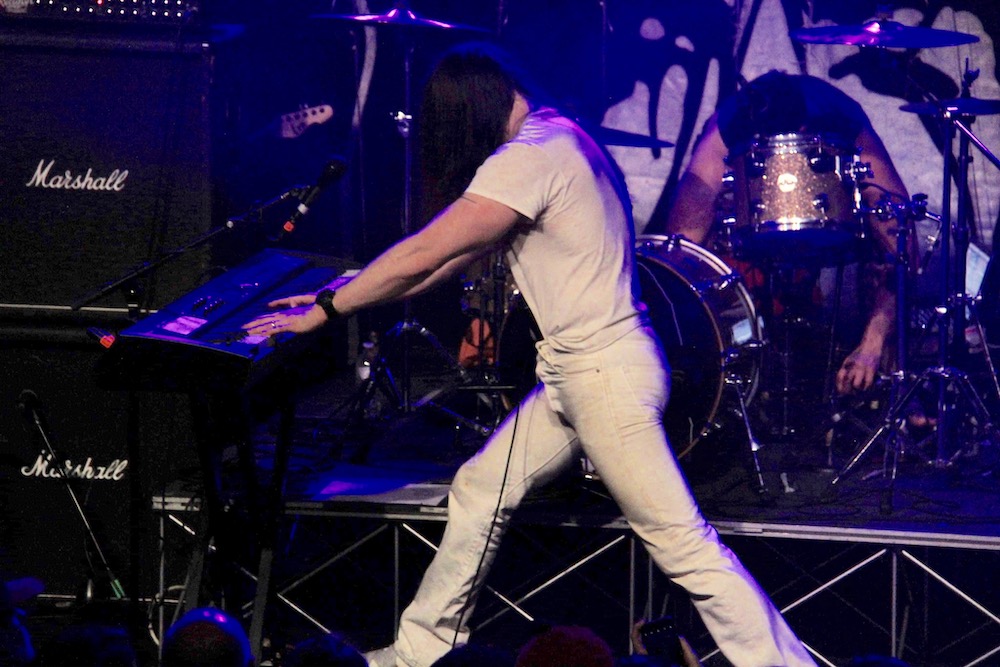 In preparation for New Year’s Eve, W.K. released party tips for the masses: sleep in, intake fuel, hydrate, sleep some more, and limber up. He even urged fans to “prepare for contingencies” because if you’re too bloated or full of liquid you may have an emergency. He also encouraged going on a “flavor Quest” by trying new drinks from “rarely accessed” bottles at the bar. 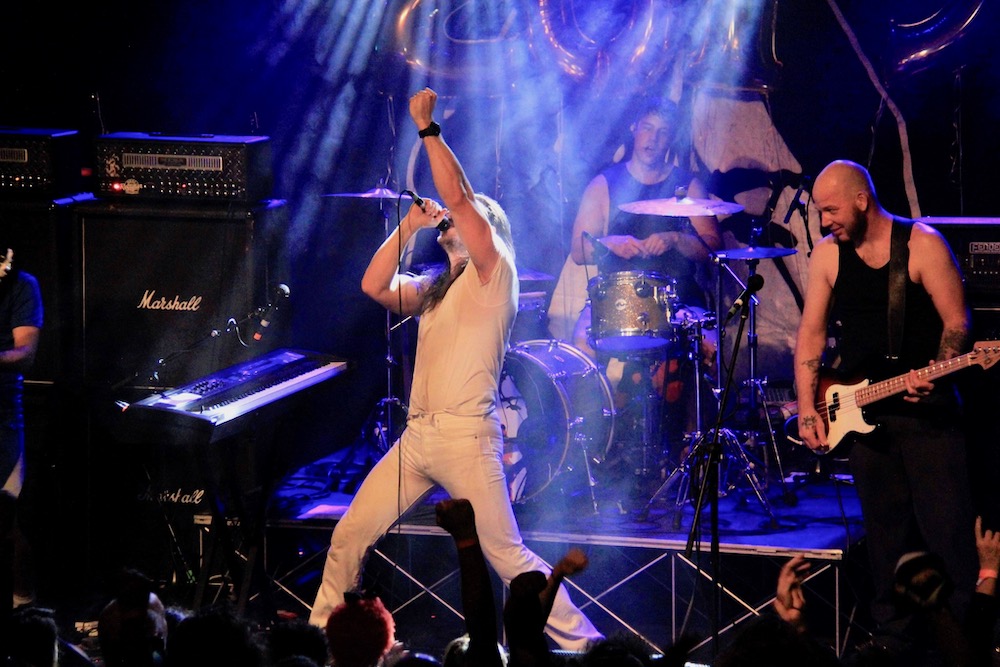 And to stretch. I mean, stretching is key before any W.K. experience. 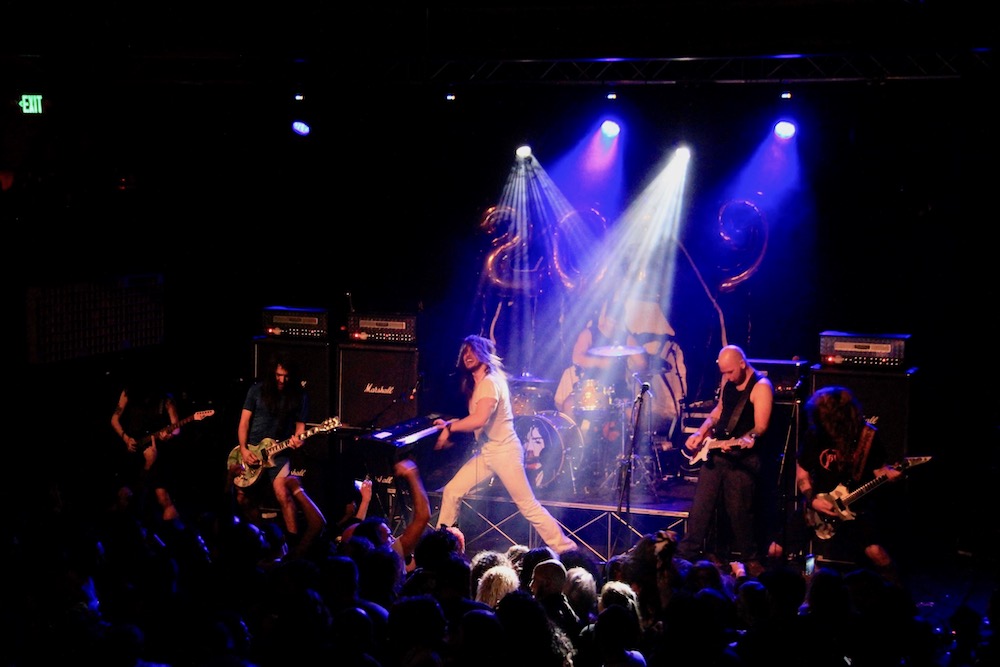 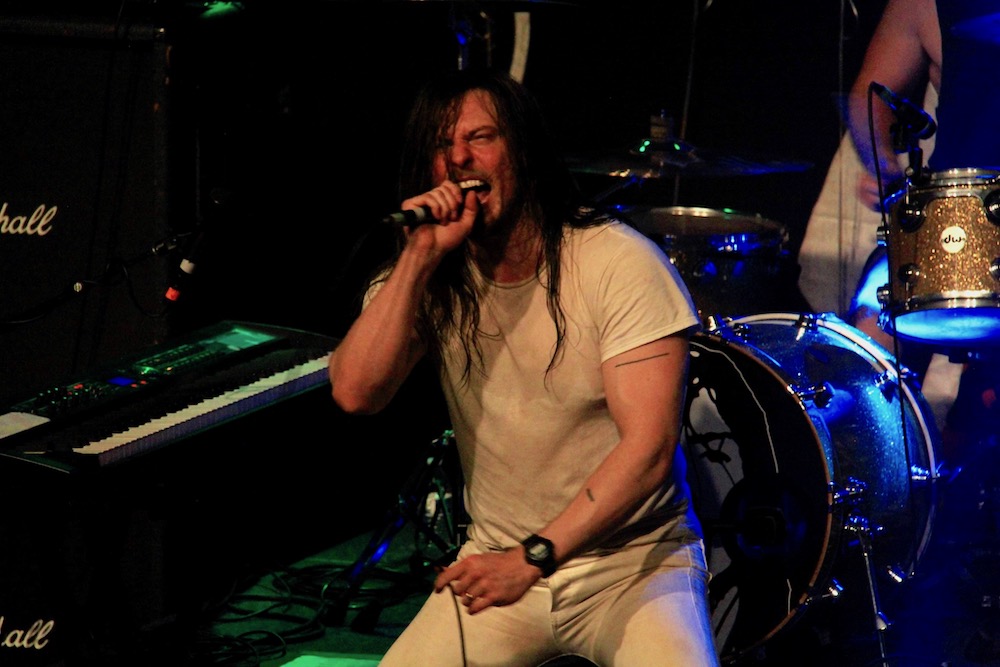 But his most important party tip for the evening? Just hang on. “You can’t go to sleep before midnight. Just keep going . . .Things are going to begin to devolve into a chaotic state.” 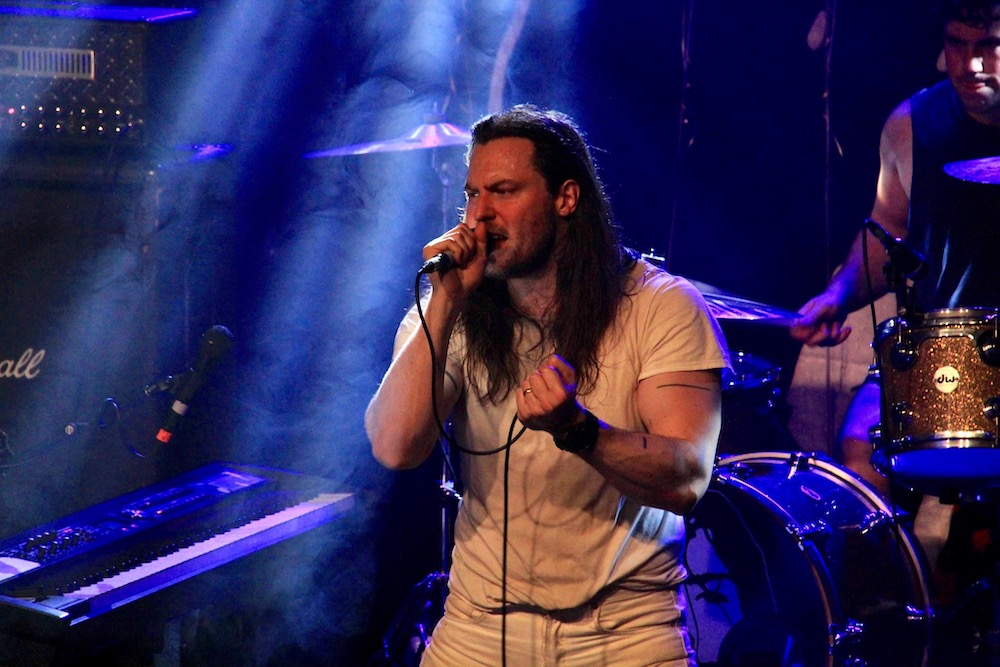 And that they did. By the time W.K. graced the stage for his encore, a sea of sweaty, screaming fans were amped and ready for more. For his second countdown of the night, everyone in the room started counting back from 100 until a robotic voice sang, “When it’s time to party, we will party hard.” 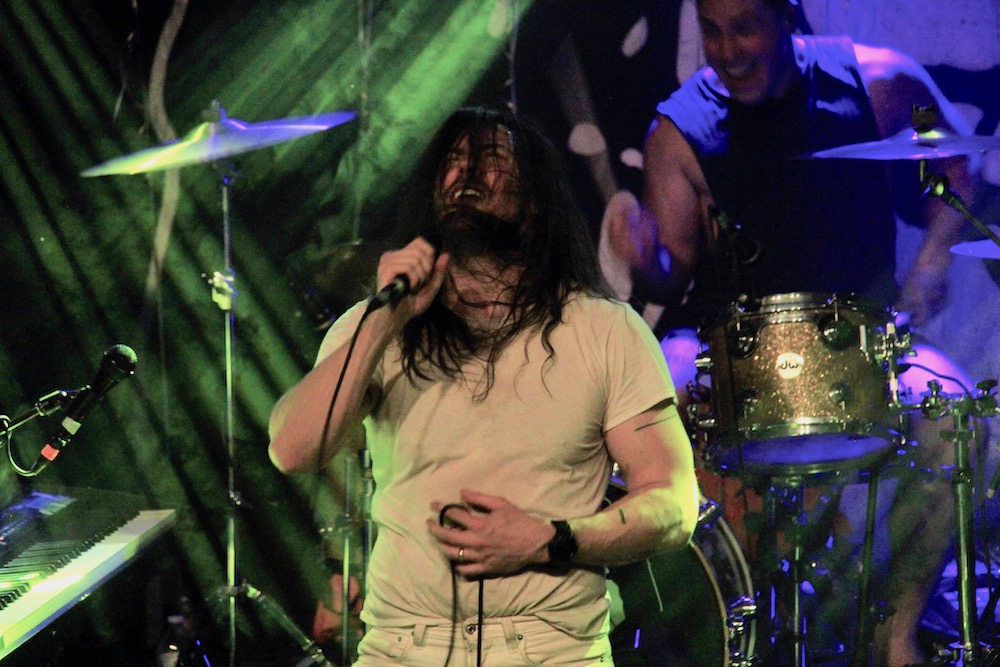 The pit erupted. Fans jumped on stage and flung their bodies over the crowd. Bright white light shone on W.K. as he vigorously headbanged and punched the air. His contagious, freeing energy rubbed off on everyone that night. And once again, he reminded us to let go, accept ourselves, and have fun.

Find out more about Andrew W.K. on his website.