Visitors to Yoshi’s know it is a seated venue, but if it hadn’t been, the crowd there for Ana Popovic would have been dancing non-stop. As it was, people jumped out of their seats to cheer after most songs and moved as much as they could around the tables. Despite being categorized usually as “blues,” Popovic mostly plays upbeat tunes that beg for some sort of movement, whether seated or standing. 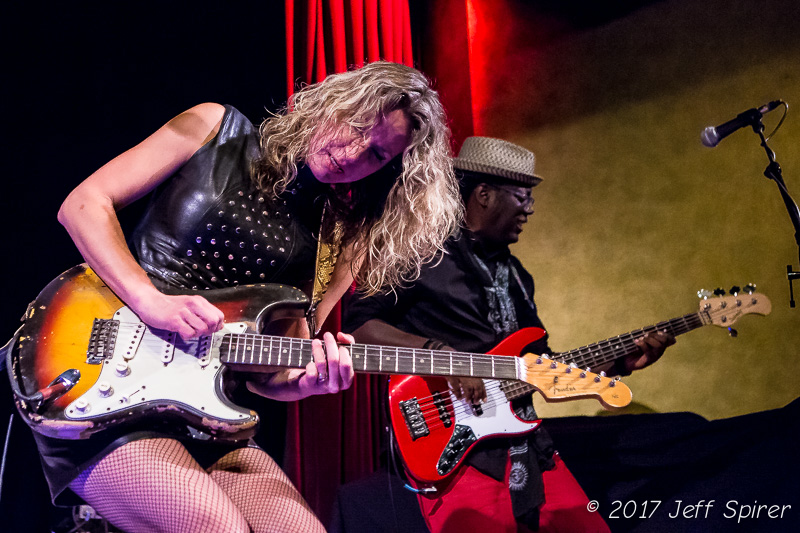 Of course much of the audience came to Yoshi’s to witness Popovic’s guitar wizardry, with searing solos in every song. Just watching her fingers effortlessly fly on the neck is an experience. Popovic often sounds like the two royal Alberts of blues: Albert King and Albert Collins, updated with frequent use of the wah pedal. 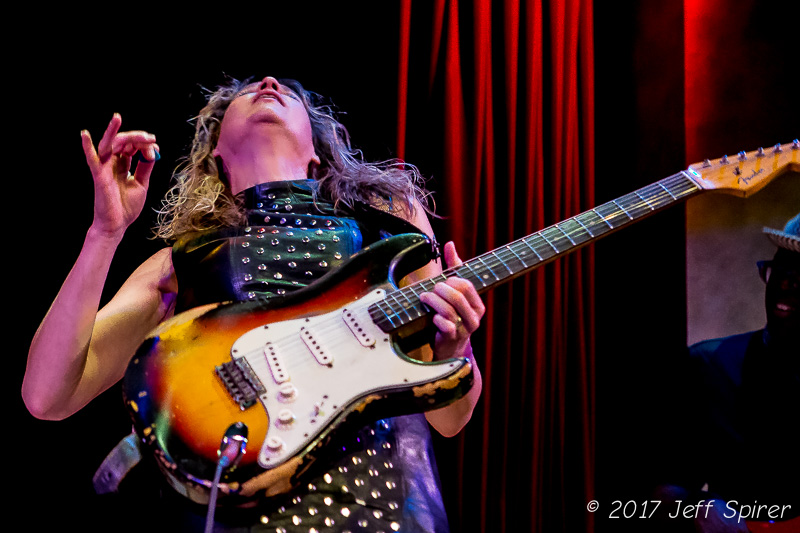 Beyond guitar, Popovic writes and sings. Her voice, which has a warm sensual feel, offers a terrific counterpoint to the torrid guitar breaks. Her songs often carry personal messages, which she talked about when introducing several of them. She told an amusing story about drummer Bernard Purdie and one night stands. Many of the songs came from her recent three-disc album Trilogy. 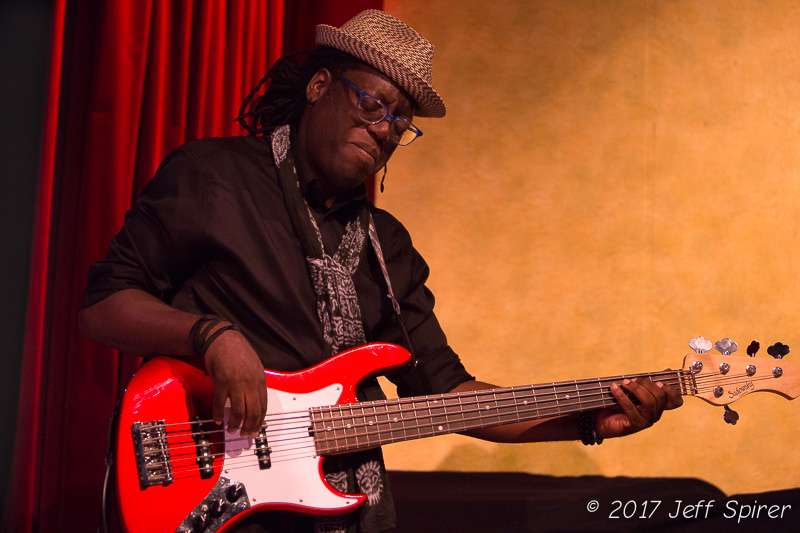 The setlist was loaded with songs from that release. Popovic said she wanted to focus on playing what was new and it worked, with “Show You How Strong You Are” and “Long Road Down” being highlights. She explained that the latter was about how she made the trek from growing up in Serbia to touring the world as a guitar goddess. 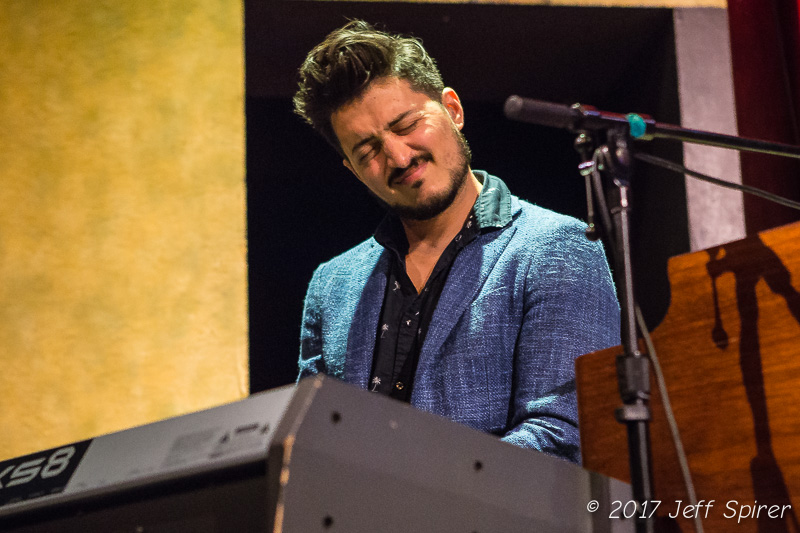 Popovic’s sound sometimes veers into funk, and as expected, into the bluesier end of rock. She covered 70s funksters Mandrill’s “Fence Walk” after finding out that most of the audience couldn’t place the band. And to close, Popovic shredded her way through “Crosstown Traffic,” a total crowd pleaser, with her voice taking on a rich soulful edge. Popovic is the only female guitarist to play with the Experience Hendrix tour and it was immediately obvious that she belongs on that annual event. 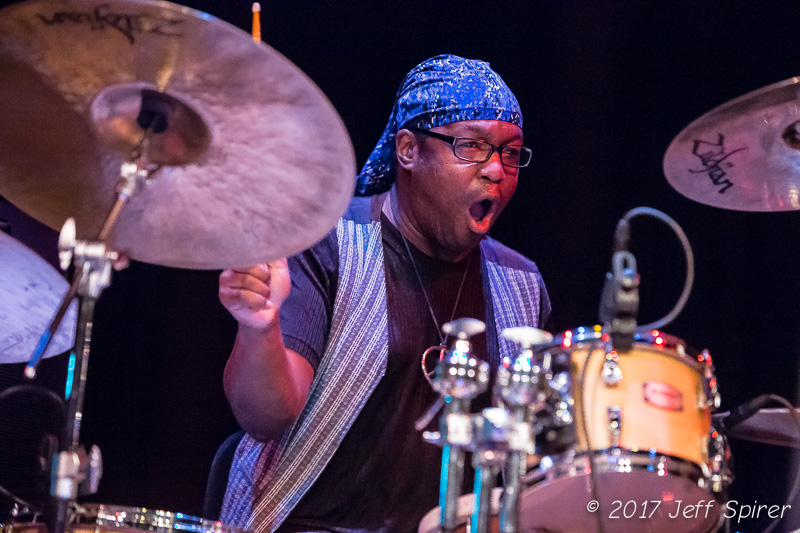 As one would expect, Popovic’s band was as virtuosic as their frontwoman. Her bassist, Lavonda Thomas, demonstrated his command of the instrument with several funky solos, drummer Peewee Jackson provided a solid foundation with a couple quick breaks, and keyboard man Adam Ahuja mostly filling out the sound with an occasional solo. Despite most of the solos coming from the star out front, it never felt like Popovic had anything but utmost respect for her band, introducing them several times. 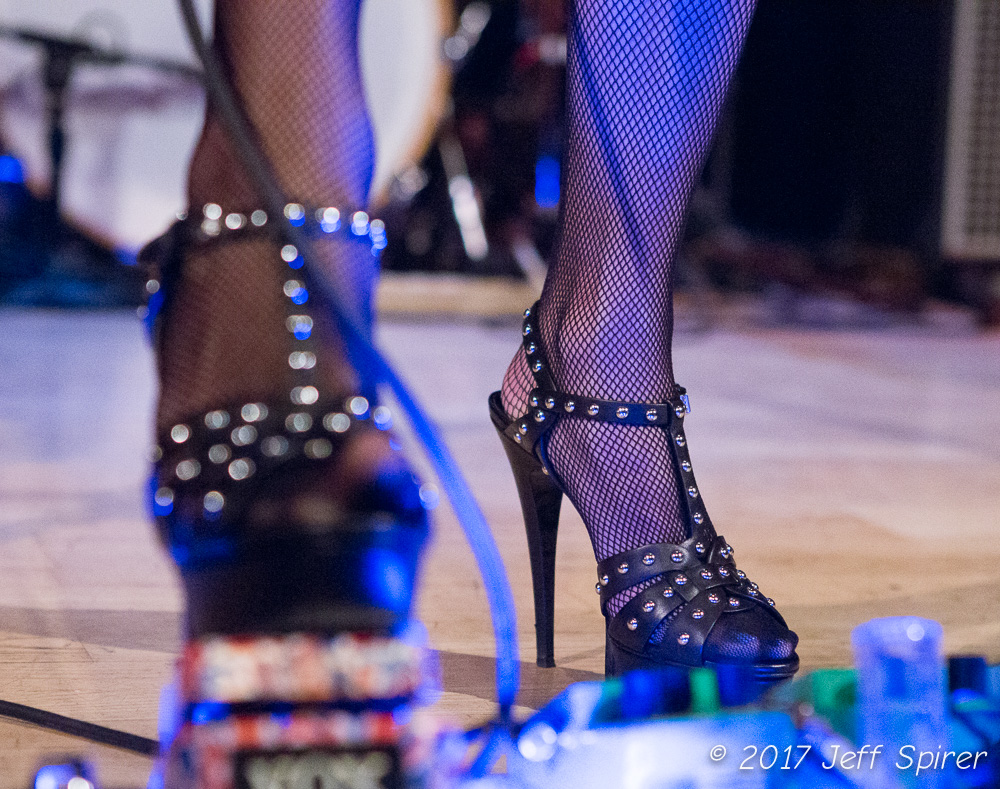 Of course no review of an Ana Popovic show is complete without a wardrobe review. Popovic worked her wah with six inch black stiletto heels peppered with silver studs, matched with a leather minidress with more chrome down the front. Several audience members popped pix with their phones and talked about how many different Popovic outfits that had photographed.The match between her outfit and the music was brilliant, as always. 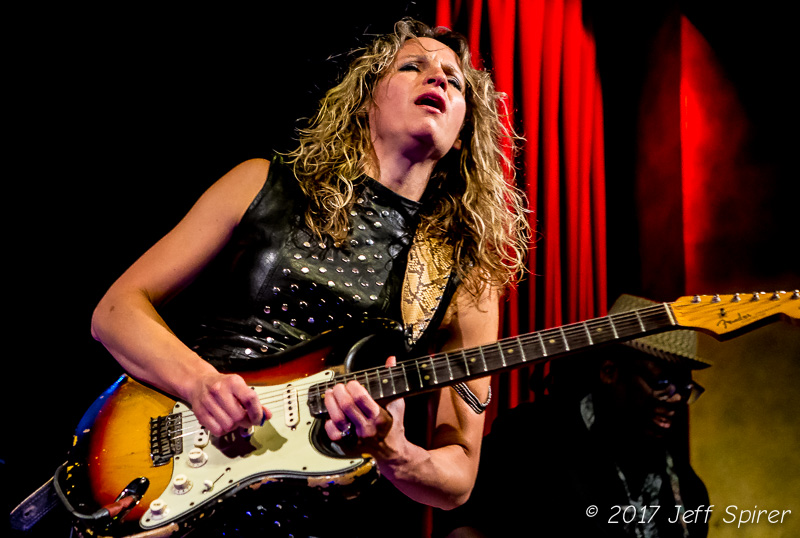 But, as people filed out after ninety minutes of Popovic, they talked about which songs she played, how this show compared with others they had seen, and what that guitar sounded like. The merch table with Popovic signing after the show had a long line. People outside waiting for their Lyfts to arrive talked about the show. Popovic’s audience is dedicated, no surprise after the show she gave.

For more info about Ana Popovic, check out her website.