Godspeed You! Black Emperor
The Fox Theater, Oakland
May 29, 2018

Post-rock collective Godspeed You! Black Emperor (GY!BE) came to the Fox Theater on a Tuesday night to perform an epic set comprised of some of the most gripping and captivating music the group has ever played. For GY!BE, songs take on the form of extended set pieces, with every song clocking in at over ten minutes. These songs are more akin to classical music movements than your typical pop song. 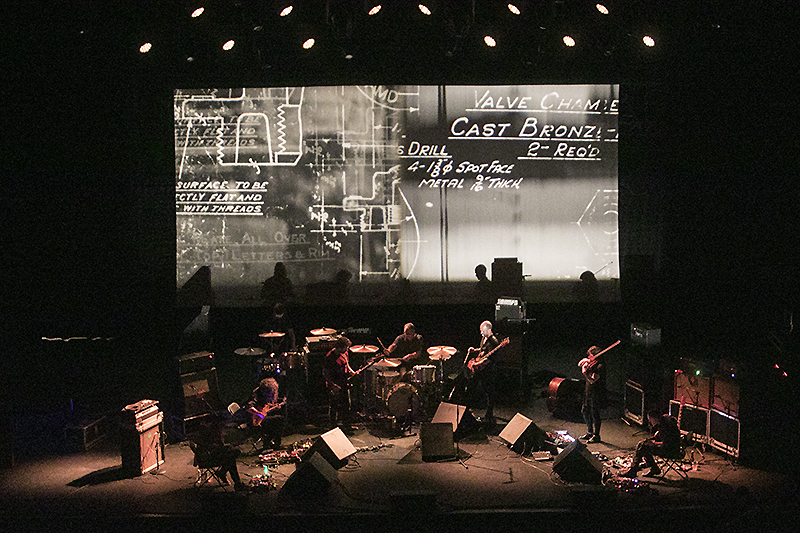 The band performed in near total darkness, while a giant screen behind them projected film footage throughout the evening. The footage provided a perfect visual accompaniment to the music and enhanced these epic-length compositions.

As has been the case in recent years, the band opened with “Hope Drone,” which began with the drone of a single note from double bass player Thierry Amar. Eventually, the rest of the band came in, slowly building the tension to a loud crescendo. This continued as the group rolled through some newer compositions, twisting and turning through subdued, quiet passages, and overwhelming the audience with a wall of distorted guitars. 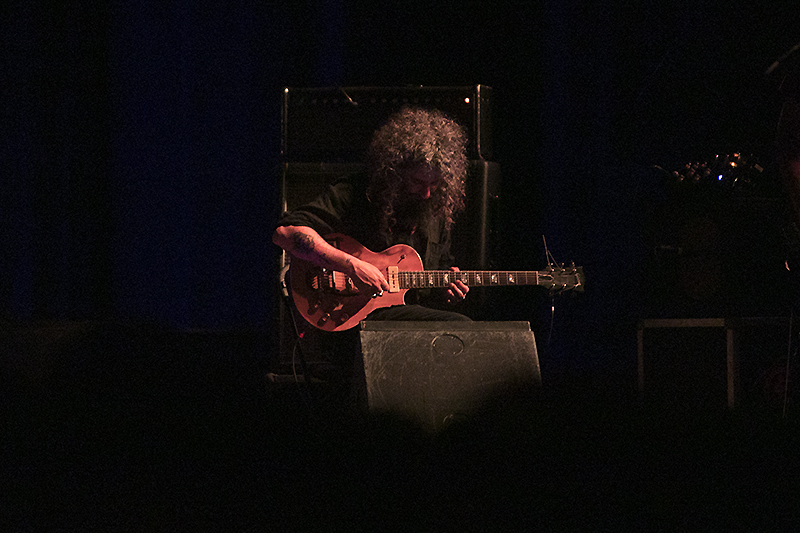 As is the customary fashion for the band, they saved the best for last. Towards the end of their set, there was an audible roar from the audience as the tape of Murray Ostril began playing over the PA. The snippet is the intro to the piece “Monheim,” one of Godspeed’s most beloved songs. The song built slowly, riding a mournful guitar figure as the intensity rose.

Eventually, the piece reached a climax as a torrent of grinding guitars, shrieking violin, and cascading guitar effects from Efrim Menuck lulled the audience into a state of awe. Finally, the band closed out the night with another old favorite in the form of “BBF3,” yet again a sprawling epic that featured plenty of roaring guitar work from Mike Moya, David Bryant, and Menuck. 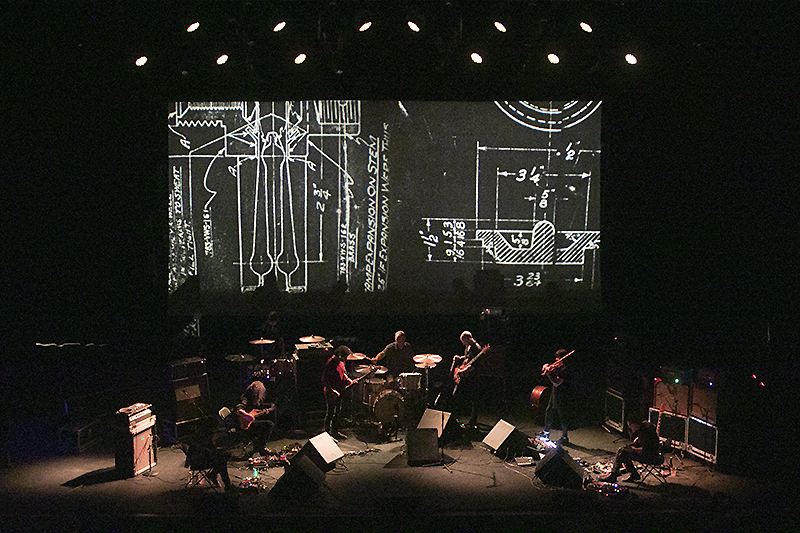 In many ways, Godspeed You! Black Emperor has never sounded better or more vibrant in a live setting. With their expansive compositions and evocative film projections, the band has the rare ability to hold the audience’s attention for hours on end. Once again, the group demonstrated this power to everyone present at the Fox Theater, showing that even 20+ years after their formation, they are still at the top of their game.

Find out more about Godspeed You! Black Emperor here.