With so much music these days drawing on the sonic aesthetics of the 80s – which many people who were actually around in the 80s are quick to point out didn’t necessarily sound that great even then – it is surprisingly refreshing to hear the return of the 60s in present-day rock. For anyone who’s ever lamented being born too late to catch that whimsical musical era, Allah-Las is your kind of time machine. 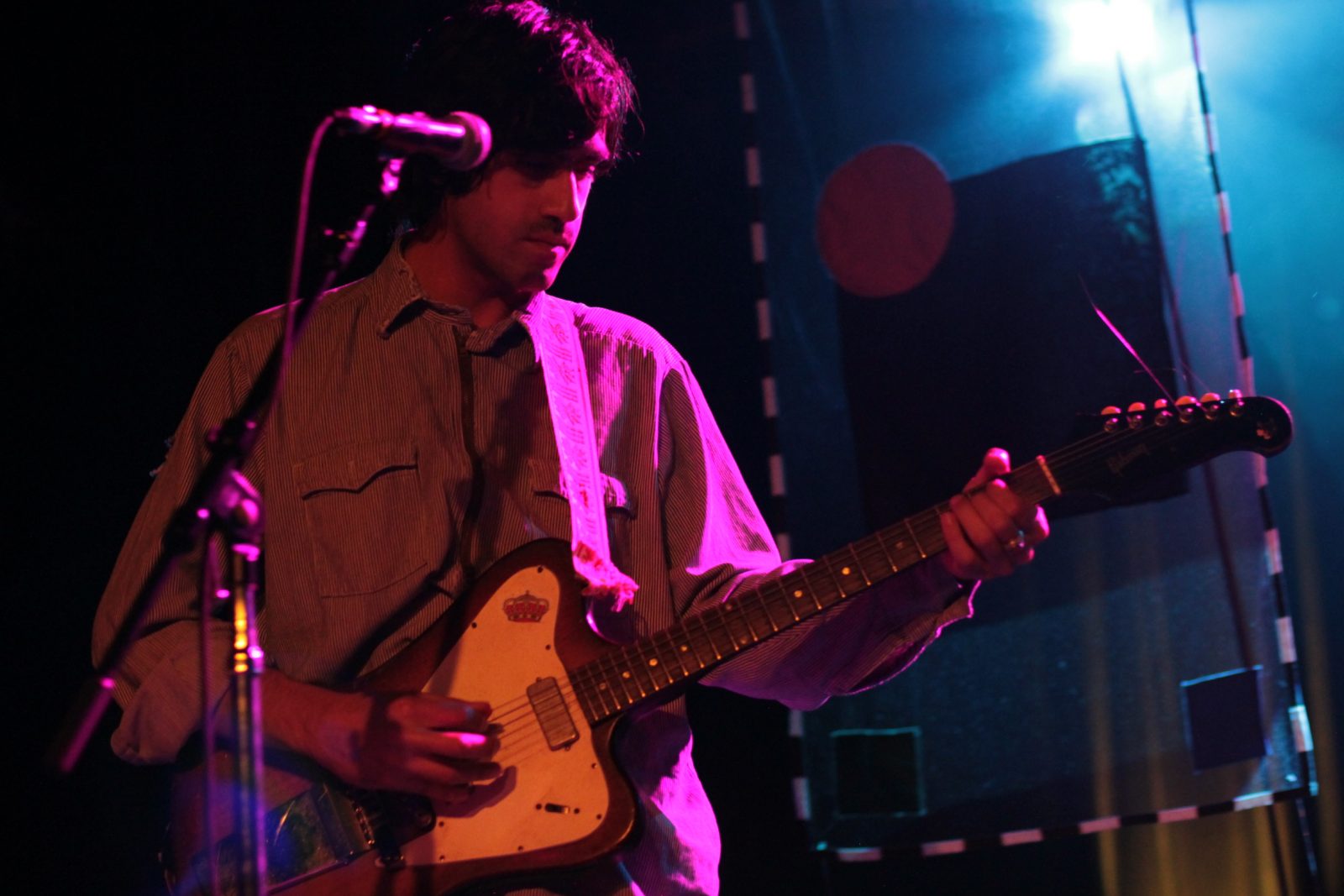 Allah-Las brought their sunny, summertime garage-rock to a sold-out crowd at Bimbo’s 365 in San Francisco on a Friday night. With a swagger that fuses the sun, the sand, and the sea with the moody, the brazen, and the wistful, this L.A.-based fab foursome delivered in the dreamiest ways. Their sound conjures scenes of rummaging through vinyl at a record store, the excitement of being in a new love’s bedroom, cruising winding roads with ocean views on a golden California day, and hitting the beach with friends on a summer afternoon. It is uniquely West Coast with a distinctive L.A. twang. 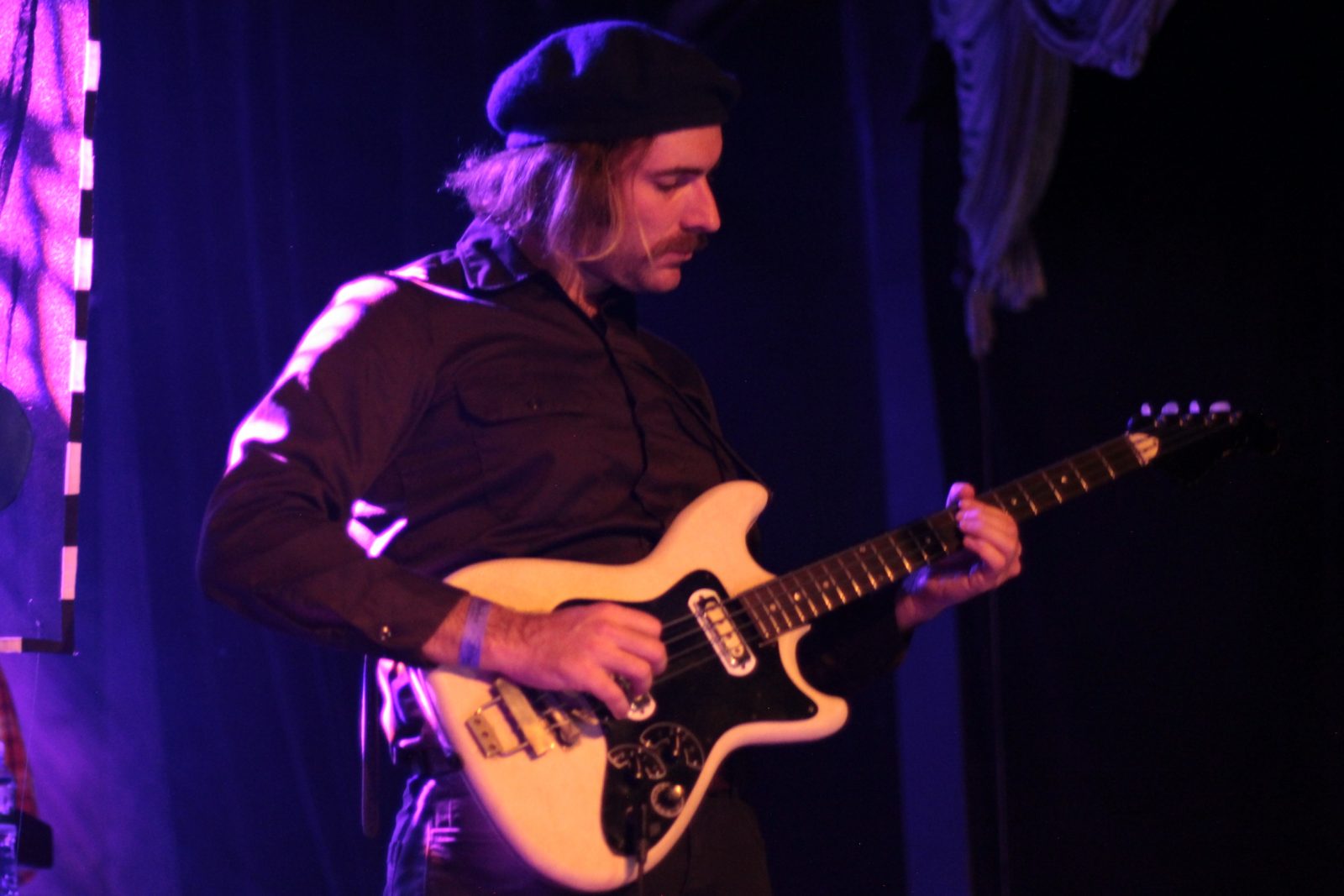 They tend to play vintage 60s instruments and utilize harmonies that have been missing from most rock bands since the 70s. There are lots of “ahhs” and “lalas” – even the name of their band sounds like a line from the backing vocals. And, much like the bands they emulate, every single member of Allah-Las has vocal talent. At this show, the lead guitarist, lead vocalist, bassist, and even the drummer all had their turns singing lead. The bassist and lead guitarist traded duties when the bassist sang, and the singer has been known to take over the drums while the drummer takes center stage to sing “Long Journey,” making for an entertaining live experience. With their 60s garage sound drawing on the likes of the Kinks, the Byrds, and the Sonics, Allah-Las had the crowd bouncing with excitement and singing along. 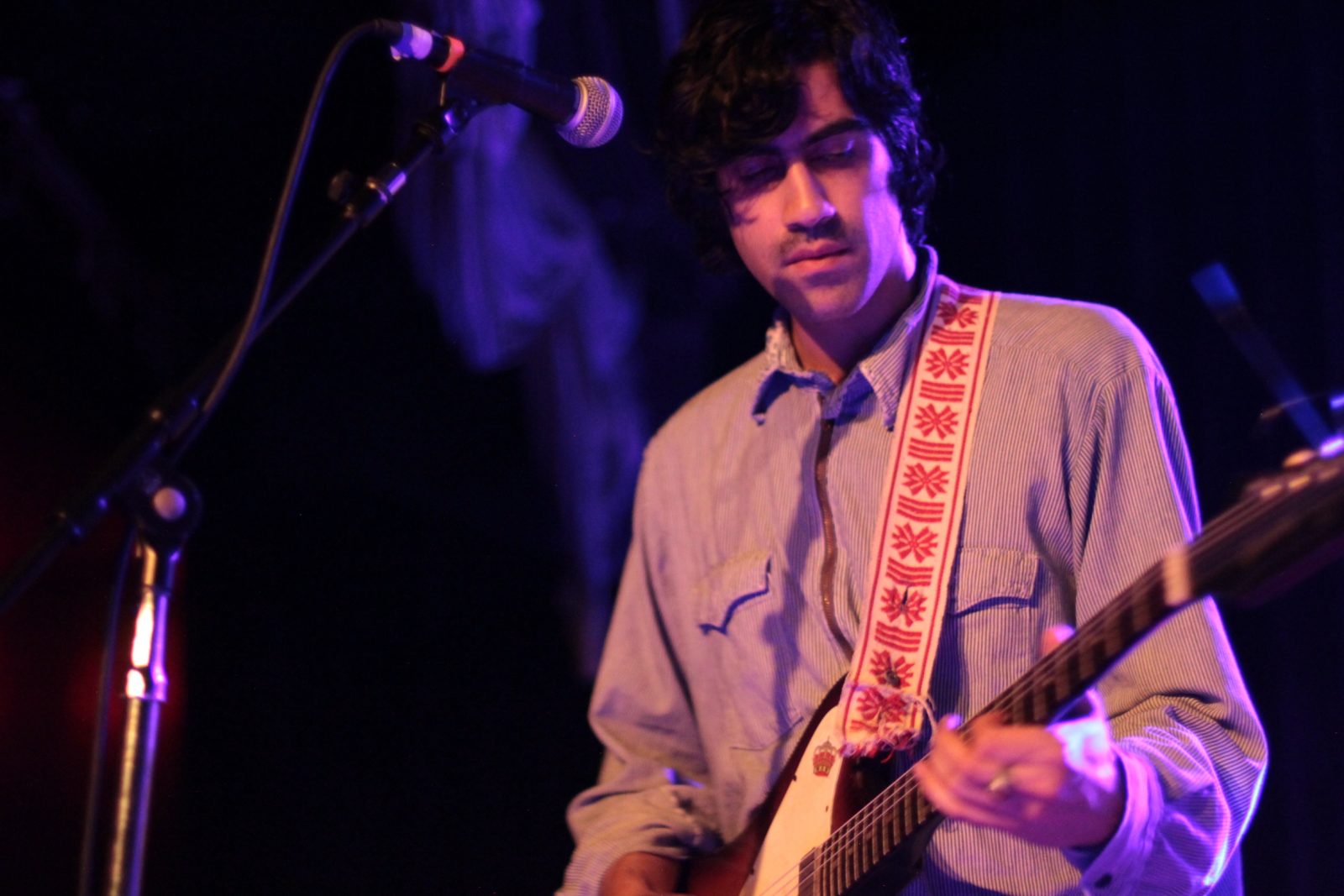 Lyrically, their songs reflect the pursuit of the summer sun more than summer love, as in “Don’t You Forget It” from their self-titled debut. With a cocky, Jagger-esque swagger that might sound arrogant if he wasn’t so damn cute, singer Miles Michaud sings: “I think I found a girl that I can talk to / I think I found a girl that just might replace you… Don’t you forget it.” And the band closed with the anthemic exaltation of the wandering eye, “Every Girl’s the One for Me.” While most of their songs about girls are more about how there’s not one who can compete with the sun or the ocean, some songs lean more toward longing for connection and love lost, like “Vis-a-Vis.” 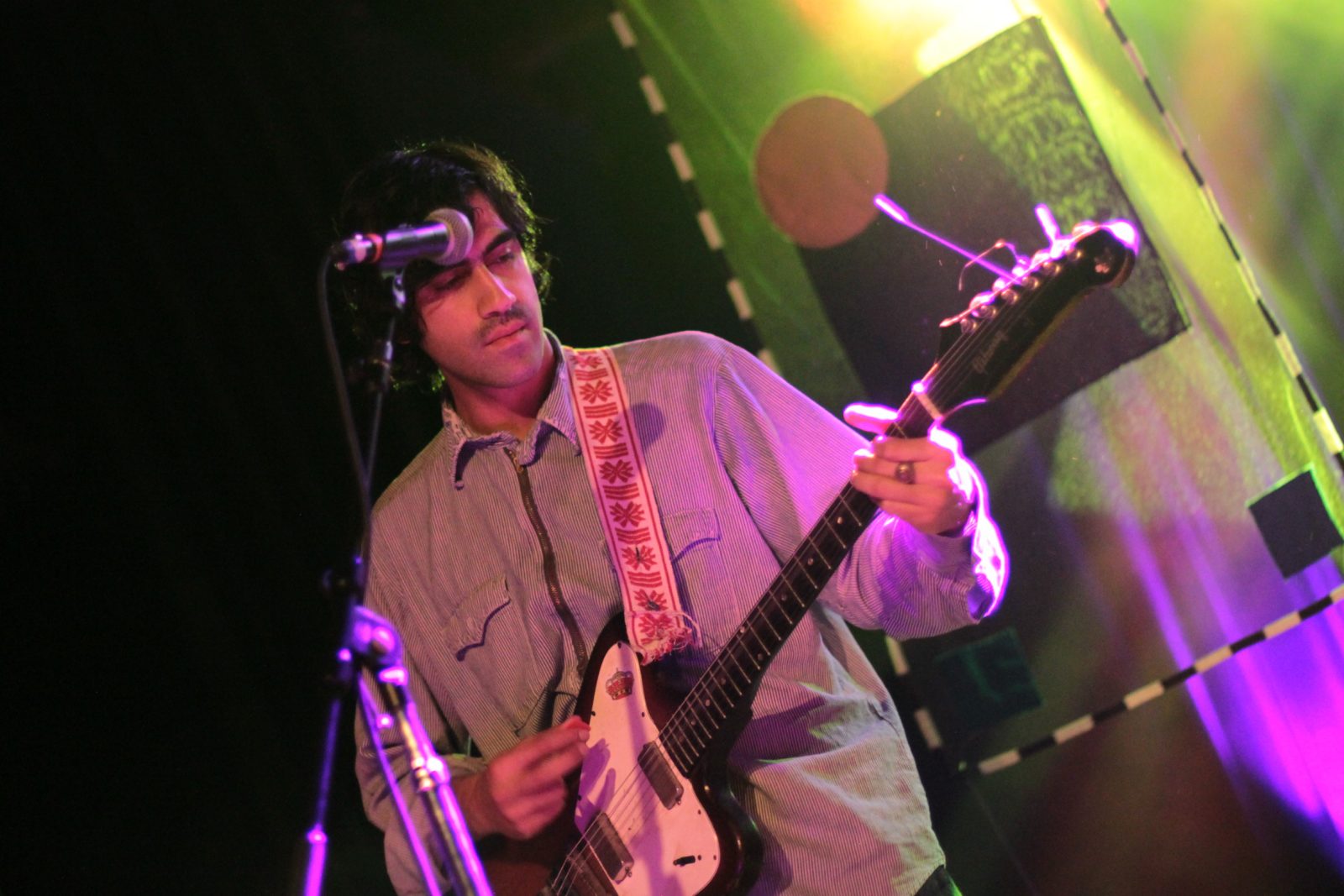 In the end, far from being a nostalgic act stuck in a romanticized, bygone era, Allah-Las evokes the present moment against a 60s surf-rock backdrop, and enjoins the listener to stay there and float in it for a while. That’s an easy request to fulfill since their music is the sonic equivalent of the heat of the sun on bronzed skin, the warm breeze gently tossing long hair, the waves lapping up on a sandy beach, and the sparkle of phosphorescence left behind on a nighttime beach… 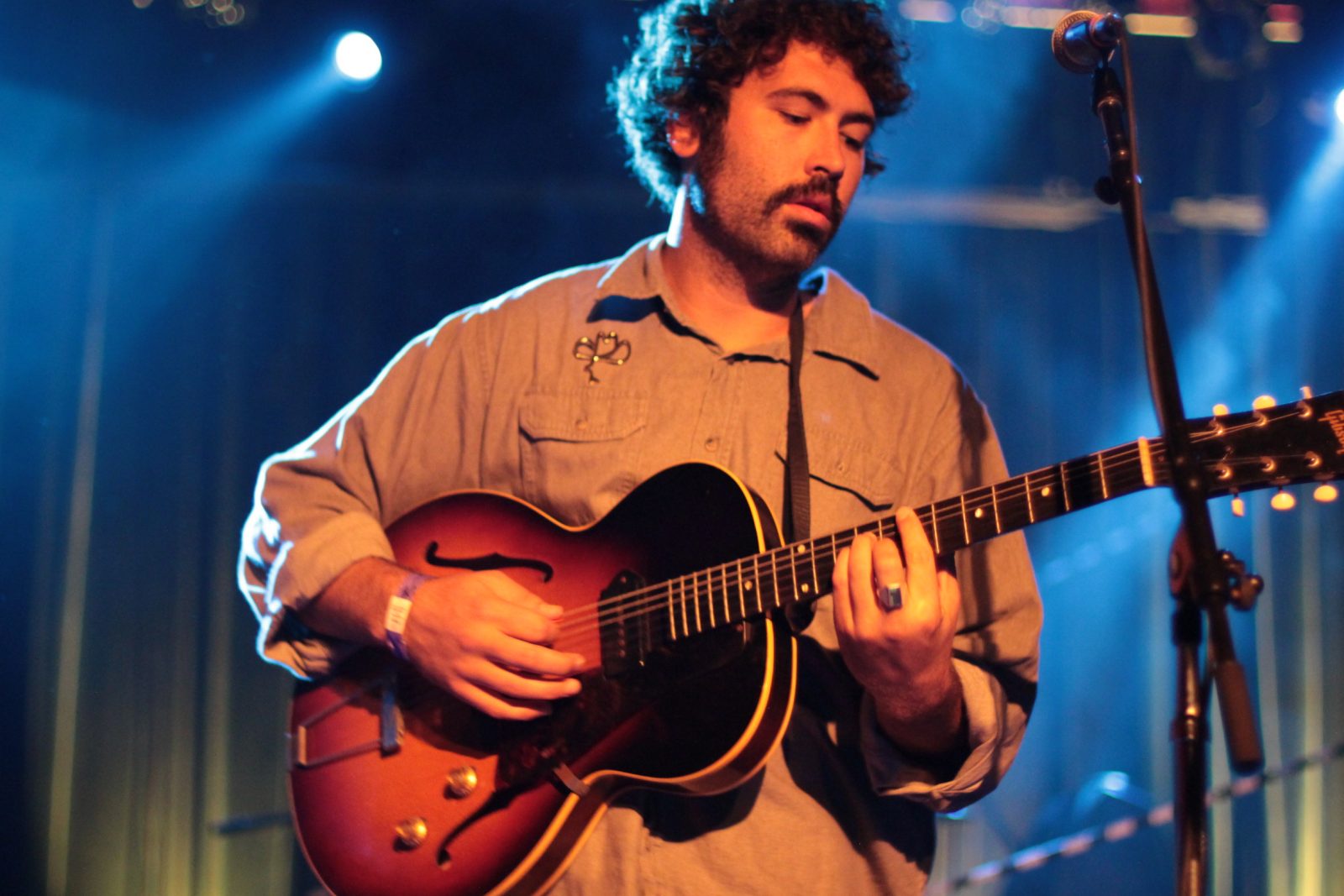 Setting the stage for Allah-Las was Entrance, the psychedelic, folk-rock brainchild of Guy Blakeslee – an eccentric character who, alone with his voice and electric guitar, sounds like a fully realized band all on his own. At first glance, one can’t know if the name of this one-man band refers to a way in, or some sort of bewitching enchantment. But after hearing just one song, it becomes readily apparent that it is both – a kaleidoscopic doorway to a mesmerizing rapture.

Even though Entrance went on more than an hour before Allah-Las, the spaces toward the front of the crowd filled up fast as concert-goers – entranced, perhaps –  found themselves drawn to the sounds and emotion smoldering under the stage lights. Blakeslee commands attention with little effort; he possesses an alluringly captivating voice that he uses to actually tell stories with his songs, and one can’t help but follow his every melody and hang on his every note. His style as a singer-songwriter is poetic and ruminative, and his songs are philosophical musings on love, meandering between longing and loss, peace and contentment. While it’s not uncommon for the audience to pay little attention to the opening act, in this case, whatever anyone was doing before Entrance took the stage, all eyes were on him from the first note. He left no doubt that he had something unique and beautiful to offer, as evidenced by exquisite ode to love, “I’d Be a Fool,” and the forlorn but hopeful, “Leaving California.”

Judging by the crowd’s reaction, Entrance would be a fool to leave California for too long.

For more information about Allah-Las, check out their website.

Find out more about Entrance here.