‘Children of The Ultra Blacks’, a follow-up of sorts to the previous ‘The Valley of the Ultra Blacks’, provides a dogged hypnotic state that continuously builds for over seven minutes. With pronounced stature, funk, and present-day genres comingling on this group’s third album to date, new ideas are abundantly inserted. 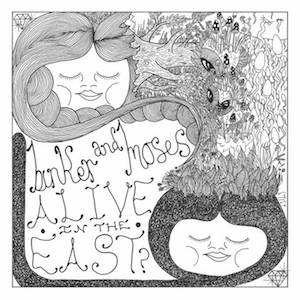 Evan Parker, and harpist Tori Handsley a modern perspective to explore a deconstructed drum break. Without cynicism or limits, Binker and Moses lead this mounting wall of sound, pushing further and deeper into the breakbeat. And then the polyphonic spree is unleashed, exploding in true chaotic beauty.

It’s the blues, DNA source for hip-hop, grime, bass music or drum and bass, being referenced here. Sure it’s moving with new swag and chopping new game, but the story stays. Racism. Sexism. Fascism. With a little Brexit on the side this time. As Chuck D said when Public Enemy was inducted in the Rock and Roll Hall of Fame: “We all come from the damn blues.”

So don’t be surprised by the boisterous audience incessantly providing hoots, churls and hollers. This live recording from June 2017 at the influential Total Refreshment Centre in north-east London captures the UK jazz renaissance in real time, with new jazz heads bearing witness. As if they were waiting.

Listen to “Children of The Ultra Blacks ” by Binker and Moses: