Agent Orange is one of SoCal’s original surf-punk bands, and their influential sound has been fueling mosh pits since 1979. At their show headlining at the Mystic Theater, founding frontman Mike Palm, bassist Perry Giordano, and drummer Dave Klein rocked on as though it hadn’t been almost 40 years since the band’s inception. With lyrics still just as relevant as they are bleak, Agent Orange remains a band for the disaffected, disillusioned, and disenchanted. 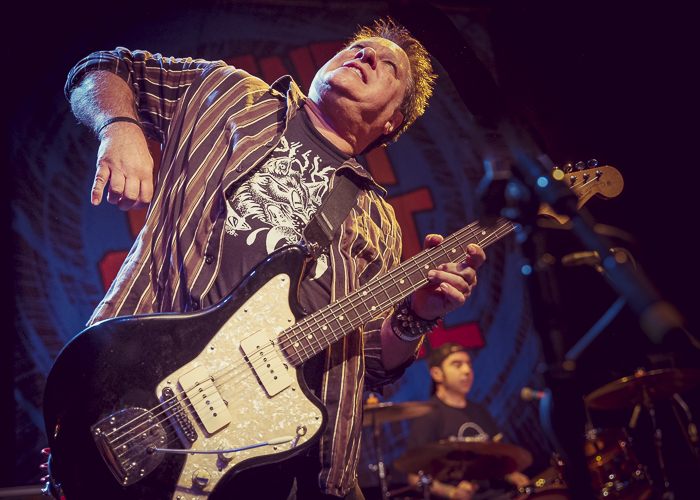 Opening with Chantay’s surf cover “Pipeline,” the band blasted through 20 songs, ending with crowd favorite “Last Goodbye.” Highlights included “Bloodstains,” which is perhaps their best known song, “I Kill Spies,” and “Living in Darkness.” The mosh pit – surprisingly rough for a NorCal crowd – erupted for “Breakdown” and their cover of “El Dorado.” Bassist Perry returned the fans’ adoration with frequent personal interactions, and the crowd was left sweaty, maybe a little bruised, and satiated by show’s end. 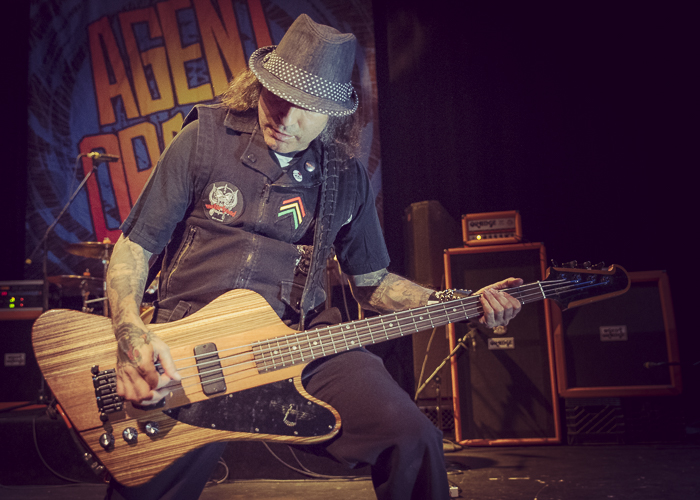 Agent Orange tours frequently, and are well worthy checking out next time they’re in the Bay Area. 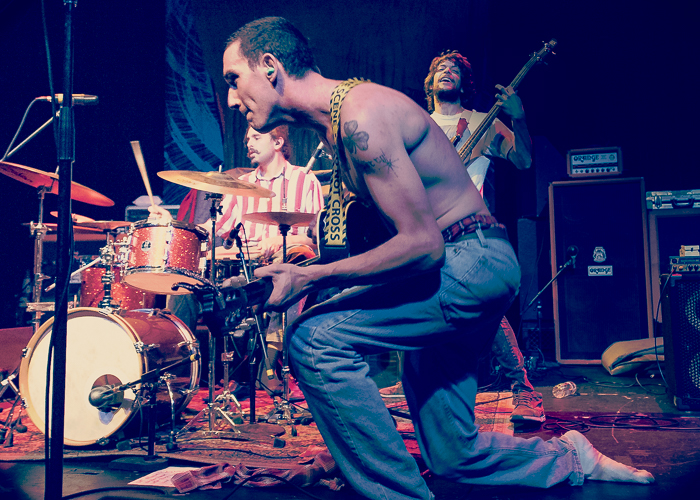 The Happys – an ironically named grunge-punk outfit whose logos include a sad face emoji and a brain being mood-enhanced with cannabis – seemed the perfect choice to open for Agent Orange. Their youthful, melodic grunge-punk sound is characterized by catchy, upbeat riffs overlaid with expressive lyrics about anxiety, manic depression, couch-surfing, and Xanax. Singer Nick Petty’s voice is stylistically reminiscent of Shannon Hoon of Blind Melon, while their sound oscillates between driving pop-punk and brooding 90s grunge, creating a sound all their own that is as fun as it is relatable. Their music has a slightly bipolar, but mostly manic tinge, and at times calls to mind 311, Nirvana, and SoCal suburban punk. 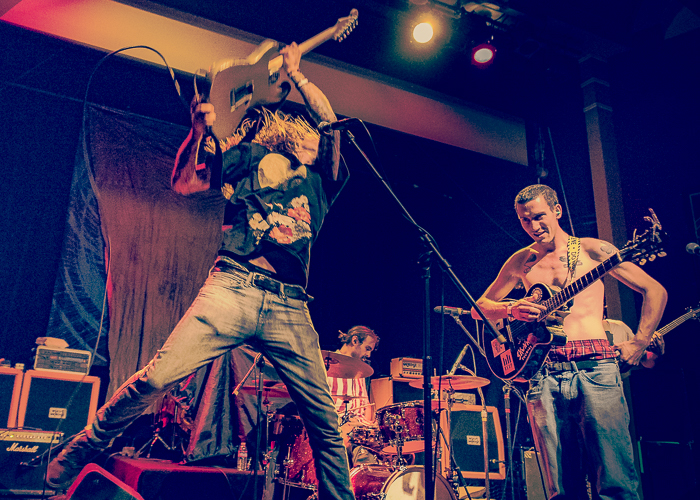 Even with the sometimes nihilistic lyrics, onstage the band seemed to be every bit as happy as their name suggests. While the witty singer/songwriter, tattooed and shirtless, belted his heart out, bassist Brett Brazil joined in on backing vocals and occasionally stole the show with his high energy antics and ever-present smile. The long-haired lead guitarist, Dana Lindstrom, laughed often and made frequent jokes between songs. Despite the irony of their name, the Novato-based band lived up to it, as they certainly seemed to make the crowd happy that night. 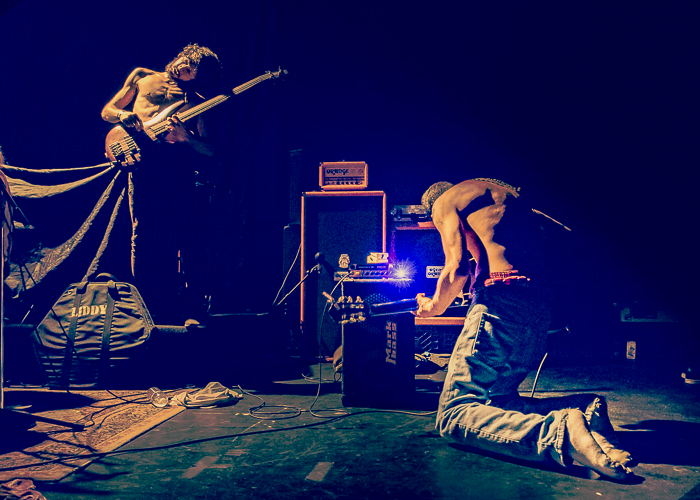 Setlist: Pipeline | Everything Turns Grey | Tearing Me Apart | It’s All a Blur | America | Voices in the Night | Breakdown | Say It Isn’t True | Mr. Moto | It’s in Your Head | No Such Thing | Cry for Help | I Kill Spies | This House is Haunted | El Dorado | Living in Darkness | Wouldn’t Last A Day | Bloodstains | Miserlou | Last Goodbye

Find out more about Agent Orange on their Facebook page.

For more information on The Happys, visit their website.