Psych-sludge metal legends Melvins are at it again.

A Melvins gig is anything but boring. Iconic frontman Buzz Osborne — or King Buzzo — paced back and forth on the side of the stage. The crowd roared when he ran toward his mic, donned in a custom robe, emblazoned with a spiral design straight out of a sci-fi flick. You can’t help but stare through his silver, curly carrot-top and wonder what he’ll do next. 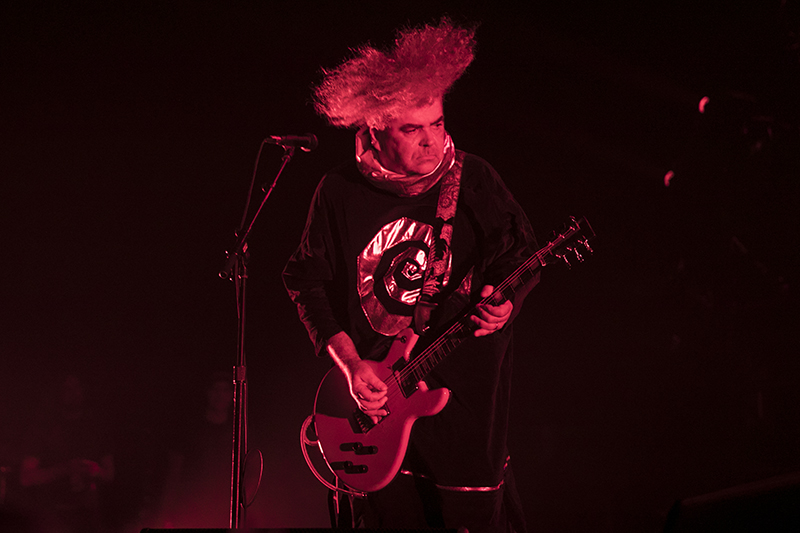 Hell, he hadn’t even started yet.

Bassists Steven McDonald and Jeff Pinkus (former members of Butthole Surfers) started slappin’ and played some new material. Pinkus Abortion Technician follows last year’s A Walk with Love and Death, Melvins’ first-ever double album. Founding members Buzz and drummer Dale Crover play on the record, which not-so-surprisingly doesn’t disappoint — it keeps up with the stamina that Melvins have been able to sustain for more than 30 years.

“Pinkus Abortion Technician is a radically great record and was a stone groove to record,” Buzz said in a Consequence of Sound interview. “We drank a lot of coffee and enjoyed each other’s company. I like Steven and Jeff a great deal. I admire their bass playing and singing and both of them can grill a mean steak.”=

Buzz stalked the stage with a grimacing look on his face. Jolting inches away from faces in the crowd, he started vigorously strumming his guitar. It’s hard to put Melvins in a box. Some fans are metalheads and punks. Others are alternative/grungers and indie rockers. Some are young and some are old (the show welcomed all ages) but everyone seemed to have one thing in common — their eyes filled with glee when they watched Buzz get weird. 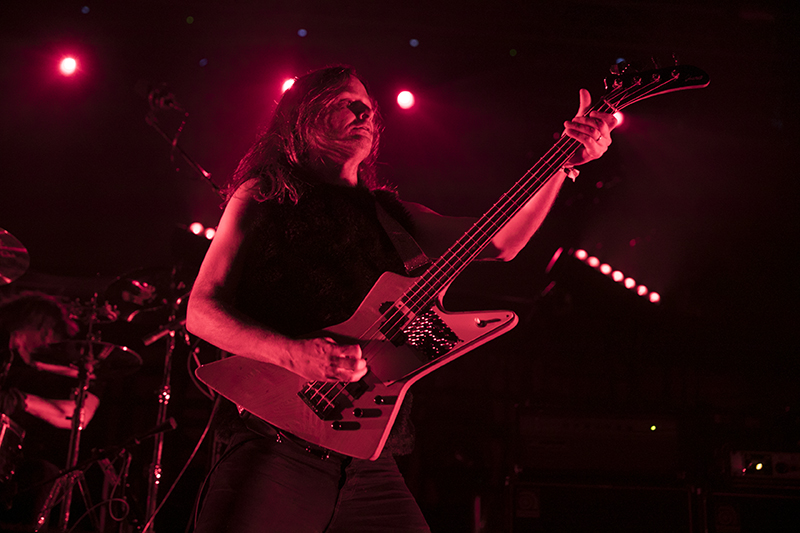 Buzz is kind of extra-terrestrial. Maybe he’s made up of all the pieces of ourselves that we desperately try to hide from the world. Melvins’ sound is raw and honest and ambitious, too. Melvins’ formative years paved way for the development of grunge and sludge metal and inspired artists like Mastodon, Pig Destroyer, Soundgarden, and Tool. The most notable Melvins fan is probably Kurt Cobain.

Starting out in 1983, the Washington-based rock band was named after a detested supervisor at a Thriftway in their hometown, where Osborne worked as a clerk. Since then, the band has released 27 studio albums. They’re wrapping up the U.S. leg of the Pinkus Abortion Technician Tour in August and head to Europe in September.

Playing both new and classic tracks, the crowd fist pumped from the balcony, headbanged in the back, and swirled in a moshy frenzy on the floor. Parts of the night were dark and ambient, others a bit more pop-experimental. Punk collided with the heaviest of metal, with rage-fueled tracks and experimental jams alike. There was even a hint of punk-country going on. The show was intimate, energetic, and one for the books.

ModPods — a post-punk, electro-dance trio — opened the night. Songwriter and frontwoman Myriad Slits is intoxicating. And much like Buzz, she gives zero fucks. The band consists of Slits, Mindee Jorgensen, and Daniel Guzman, who switch between bass, drums, and guitar. They got their start in the arts, queer, and, femme scenes and put on one hell of a show. Last year they released their first full-length album No Strut before hopping on Melvins’ West Coast tour.

For more info on Melvins, see their http://www.themelvins.net/” rel=”noopener” target=”_blank”>website.

Find out more about Modpods on their Facebook page.