Selling out a venue on a Tuesday night is not usually an easy feat, but Adam Ant has single-handedly filled almost every venue on his North American Tour in support of the 35th Anniversary of Kings of the Wild Frontier album. Some dates months in advance. Adam’s supporting act on this tour is the flashy and talented Glam Skanks, recently off a West Coast tour in support of Alice Cooper. 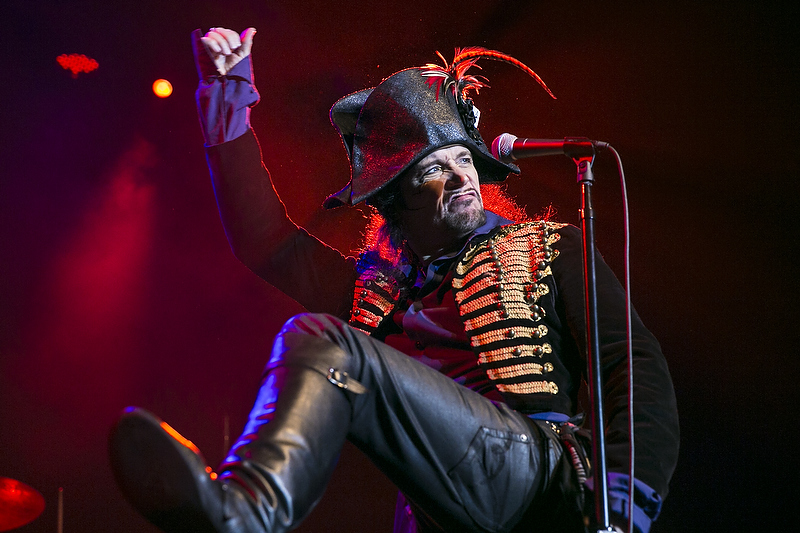 Friend or Foe (1982) might have been the Adam Ant album that U.S. audiences know best, but both Kings of the Wild Frontier (1980 – Adam & The Ants) and Friend or Foe topped the U.S. and U.K. charts for an extended period of time, earning him Gold in the U.S. and Platinum in the U.K. 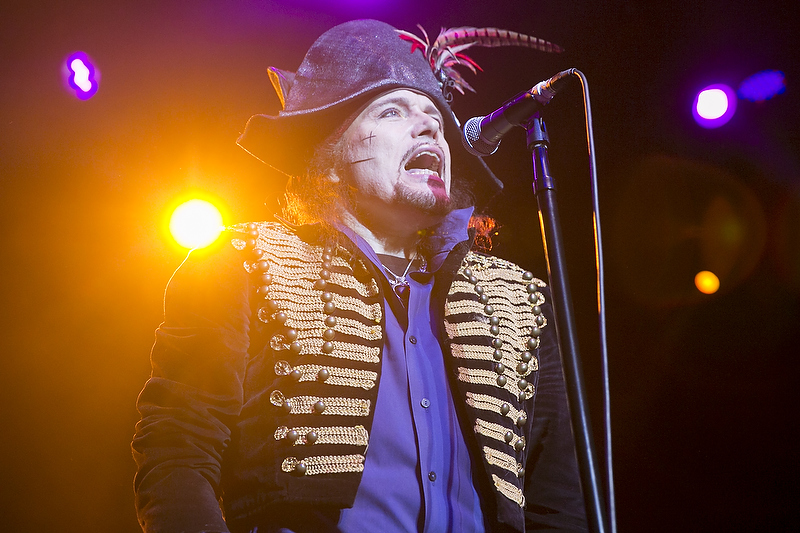 Audiences, and especially women, fell all over the sexy rock star who made himself an overnight success story at the young age of 27. With fans mimicking his war stripe and colonial jacket, Adam Ant was suddenly launched into the lime light. 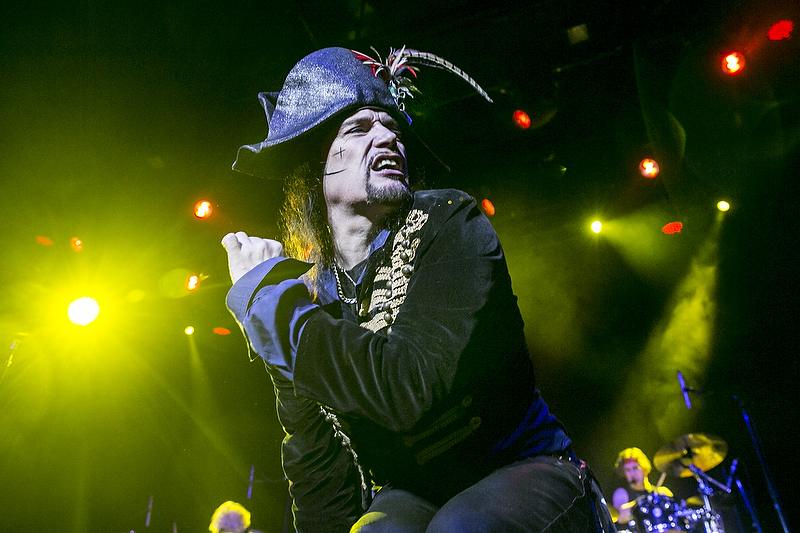 His style of “antmusic”, inspired by David Bowie and the Sex Pistols and rooted in African drumming and vibrato pitched surf guitar tones, became a household name in the early to mid 80s. Kings of the Wild Frontier released 3 hit songs: the self-titled track – “Kings of the Wild Frontier,” “Dog Eat Dog,” and “Ant Music,” and officially launched Adam Ant’s superstar status worldwide. 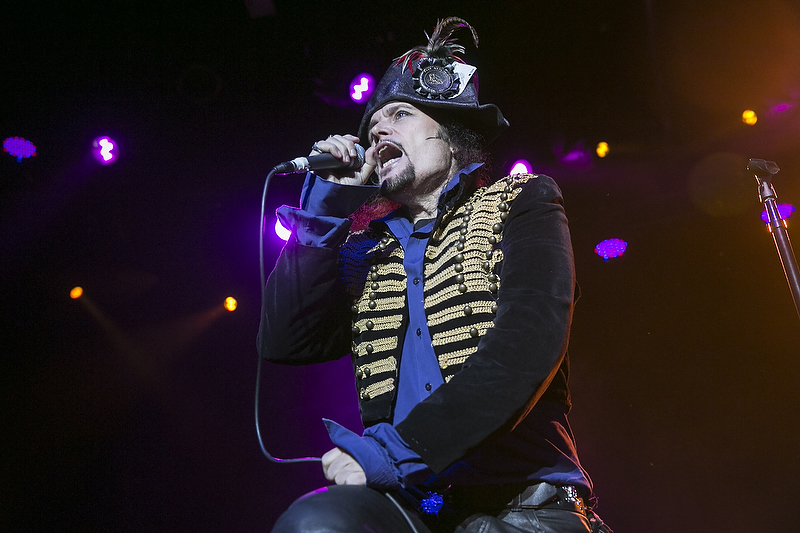 On a nostalgic stage in San Francisco, Adam Ant brought his simple yet powerful show to a sold out crowd in celebration of the album’s remastered re-release, more than 35 years year later. There were again signs of antmania, with women and men teaming into the Fillmore clad in colonial hats and Native American make up, and inciting other fans to stripe their faces in the midst of this already colorful crowd. 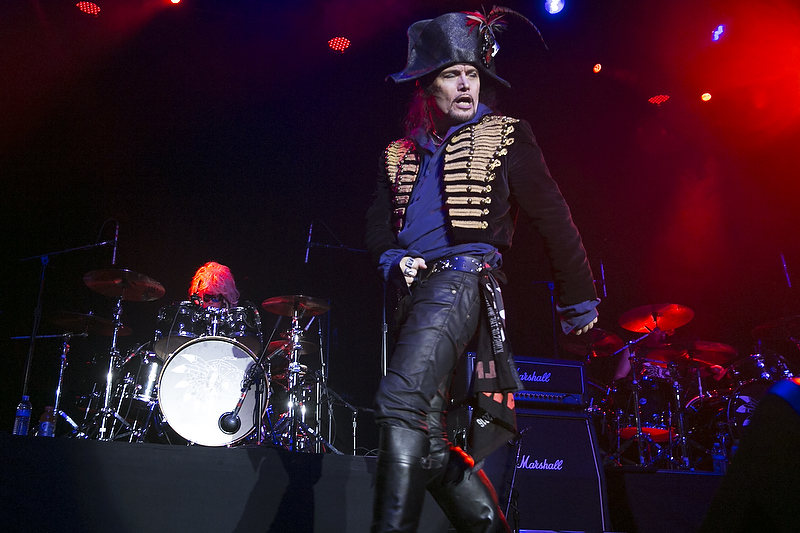 Dual drum sets perched prominently began to chatter as Adam Ant took center stage and howled out his iconic tune, “Dog Eat Dog.” Thus began the onslaught of all twelve infamous Kings of the Wild Frontier tunes. The man himself looked phenomenal at all of 62 years old, fit and trim and very dapper, clad in his beautiful leather pants, colonial hat with feathers and gold threaded jacket. His fans received the full classic romantic look, on a simple stage, with phenomenal sound and hours worth of their favorite Antmusic. 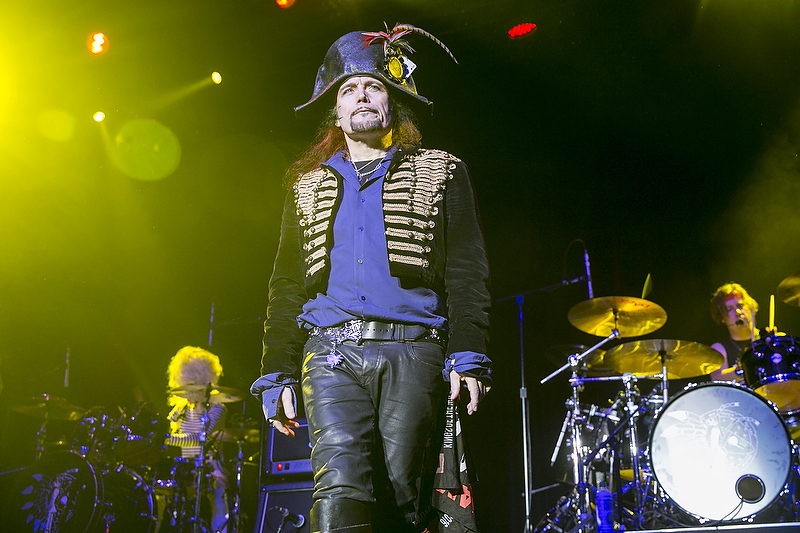 Adam Ant’s vocals and pirate swagger did not falter throughout the performance, instead increasing in intensity and dripping with sex. A sly smile, bright eyes and demanding stage presence won everyone over as the night wore on. 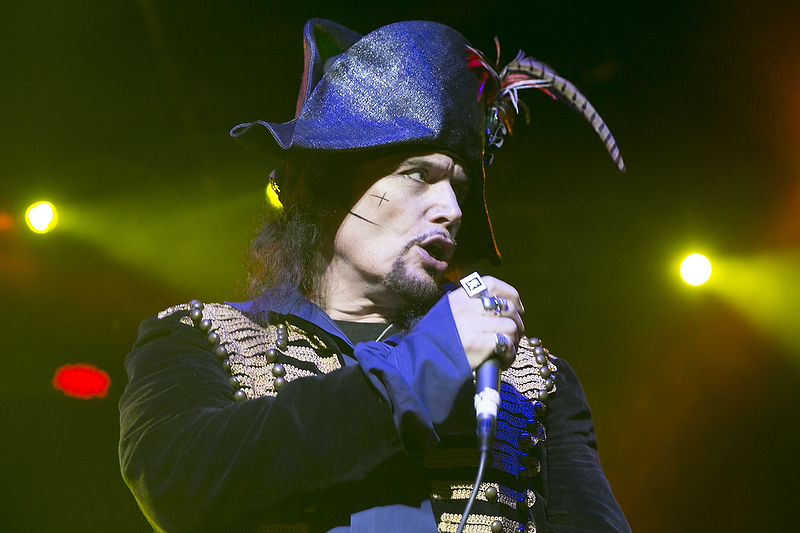 The second half of his set rolled out with more of his 80s hits – “Stand and Deliver,” “Desperate But Not Serious,” and “Goody Two Shoes,” to name but a few, adding a fantastic rendition of T-Rex’s “Get It On” via the encore. His warrioresque stamina was phenomenal and his fans threw it right back at him with astounding strength and appreciation. 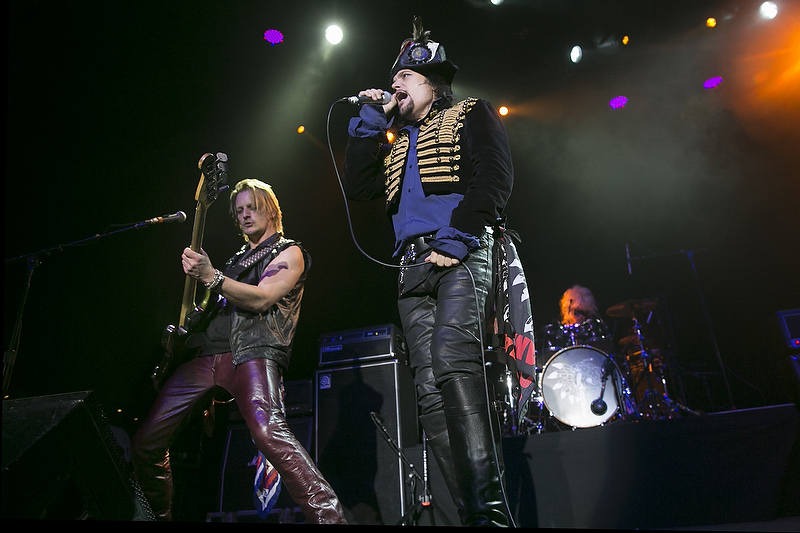 It seems that Adam Ant knows his tribe.

Los Angeles based Glam Skanks are a feast of flamboyant female-fueled rock, rooted in an over the top glitter-glam genre. The likes of David Bowie, The New York Dolls, and The Runaways would be proud; their stage outfits and hair were on point, projecting their groove-centric, hard rocking image. Clad in crotch creeping glitter shorts, fishnets, and taunt sexy tops, these rockers mean business.

The Skanks are no slouches when it comes to playing their instruments either; Veronica Volume jammed her sparkled purple leads low and below her knees, drummer Cassie Singer kept her elbows at hip height, hitting each note relentlessly hard with the sexiest shade of pink lipstick, and a bassist name Millie Chan (hailing from San Francisco) swayed her foundation tones with expertise and ease.

The audience even issued a few cat calls when Millie exposed her tight lace top, mid-set. All the while, vocalist Ali Cat reached out to the audience and grabbed them by the genitals with each hard-hitting song. With titles such as “Teenage Drag Queen,” “Fuck Off,” and “Bad Bitch,” the audience expects nothing less. While announcing the song “I Want It Now,” Ali shouted “It’s close to Valentine’s Day right? Well this is not a fucking Valentine’s song,” and the whole band appropriately flipped their audience off during the song “Fuck Off.” A perfect way to get your audience of 80’s Alternative rock fans warmed up for their favorite sex-fueled rock star who’s about to hit the stage.

For more information on Adam Ant, check out his website.