There are few metal bands in the Bay Area as beloved by fans as Exodus, one of the bands that kicked off the entire thrash metal scene back in the early 80s. Fans were no doubt excited at the prospect of the band returning to the stage to play back to back headlining gigs over a recent weekend at The Chapel, one of the city’s most intimate venues. Those who showed up on the first night were treated to something particularly special as Exodus tore through the entirety of their legendary debut record, Bonded by Blood. 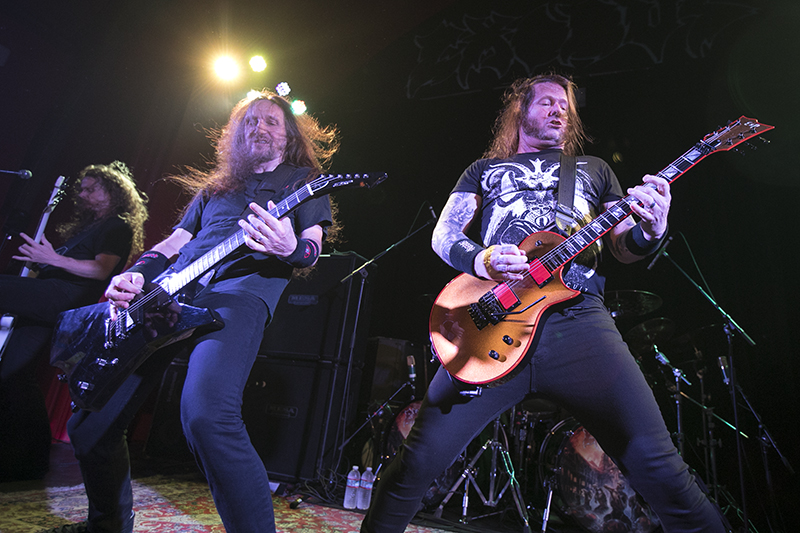 Before playing through that album, the band shredded through a set of other classic songs and deep cuts, beginning with the vicious thrash of “Scar Spangled Banner.” Fueled by a ravenous vocal performance from Steve “Zetro” Souza and a bouncing bassline from Jack Gibson, the song instigated a massive circle pit in the middle of the venue, with bodies smashing into each other at frighteningly fast speeds. A few songs later, Exodus brought out another blasting fan-favorite, the blistering “Pleasures of the Flesh.” As is the case with every Exodus song, the track is built upon the speedy and jagged guitar riffing of Gary Holt and Lee Altus combined with the dexterous thump of drummer Tom Hunting. The band closed out the first portion of the set with a particularly inspired performance of “The Toxic Waltz,” a grooving and slamming slice of metal that caused the circle pit to erupt with energy. 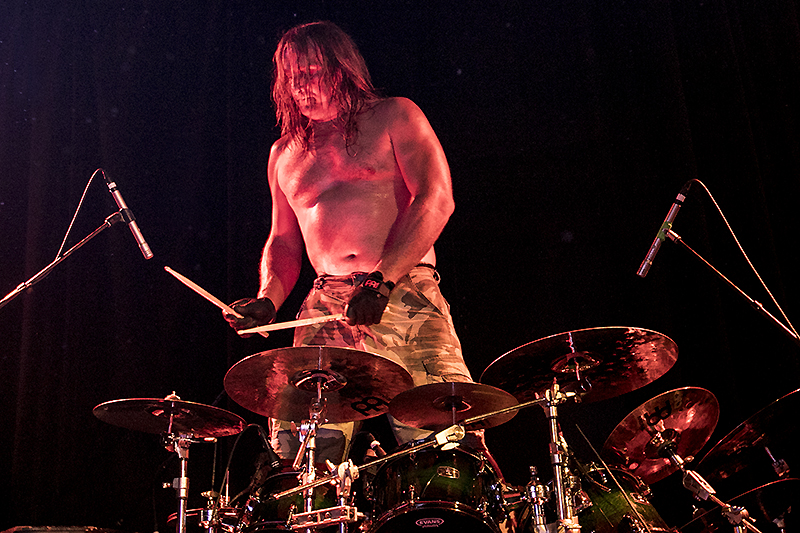 After a small break to catch their collective breaths, Exodus returned to the stage to burn through Bonded by Blood. Starting with the classic title track, the album unfolded in epic fashion, with each song pummeling the audience into submission. Many of the songs from the record had not been played in a long time and as Gary Holt remarked halfway through, “We haven’t played some of these songs live since we recorded Bonded by Blood”. From the crushing groove of “And Then There Were None” to the all-out assault of “Piranha,” the performance was a remarkable demonstration of the raw power of this lineup of Exodus. The real treat came in the form of the song “No Love,” which featured a brief but memorable bit of classical guitar playing from Holt in the introduction of the song, breaking up the sheer brutality of the album for just a moment before kicking back into full metal mode. With Souza’s caustic vocal delivery guiding the way, the song was another crushing highlight of the night. 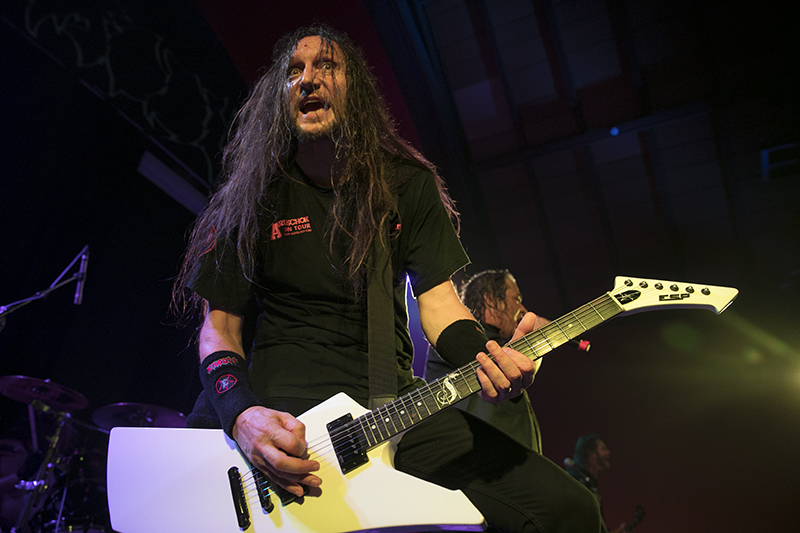 To close out the evening, Exodus tore through the final track on Bonded by Blood, the legendary “Strike of the Beast.” Driven by one of Holt’s most imaginative and rhythmically challenging guitar riffs, the song’s intro gave way into a smashing verse, wherein the entire audience slammed into each other in the now customary wall of death. With bodies flying in every direction and fans crowd surfing throughout its duration, “Strike of the Beast” was the perfect way to close out a night of pure metal mayhem. 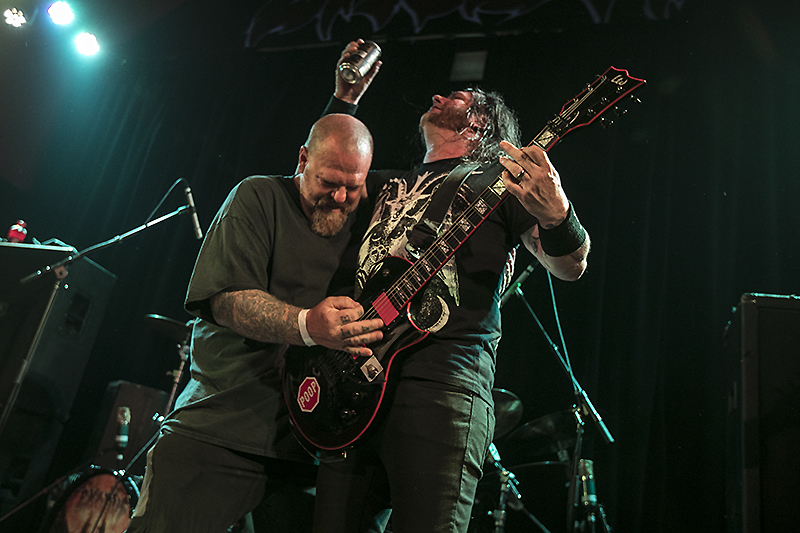 Exodus has endured as one of the classic thrash metal bands, and for good reason, as their performance at The Chapel demonstrated that they are stronger than ever, capable of delivering devastating and powerful live performances. Considering the ravenous crowd reaction throughout the whole night, Exodus will remain one of metal’s legendary band’s for many more years to come.

Here’s a slideshows with more photos of Exodus by Raymond Ahner:

Setlist: Scar Spangled Banner | Blood In, Blood Out | Deranged | Fabulous Disaster | Blacklist | Pleasures of the Flesh | War Is My Shepherd | The Toxic Waltz | Bonded by Blood | Exodus | And Then There Were None | A Lesson in Violence | Metal Command | Piranha | No Love | Deliver Us to Evil | Strike of the Beast