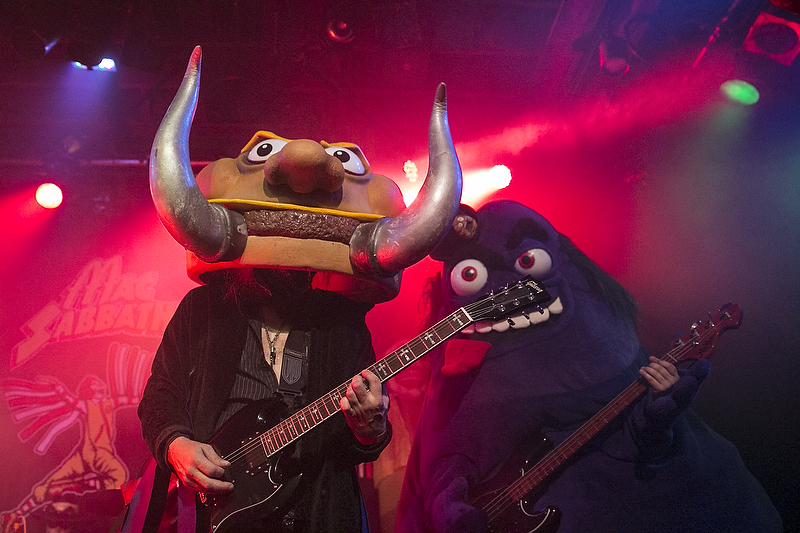 Mac Sabbath doesn’t sell any CDs or records so the only way to order them with extra fries is to attend one of their aberrant concerts. The band kicked off the show with a rendition of “War Pigs” alternatively titled “More Ribs”. Mac Sabbath had changed the lyrics to a man obsessed with the elusive McRib sandwich and his conquest of getting more of the barbecue flavored fast food. 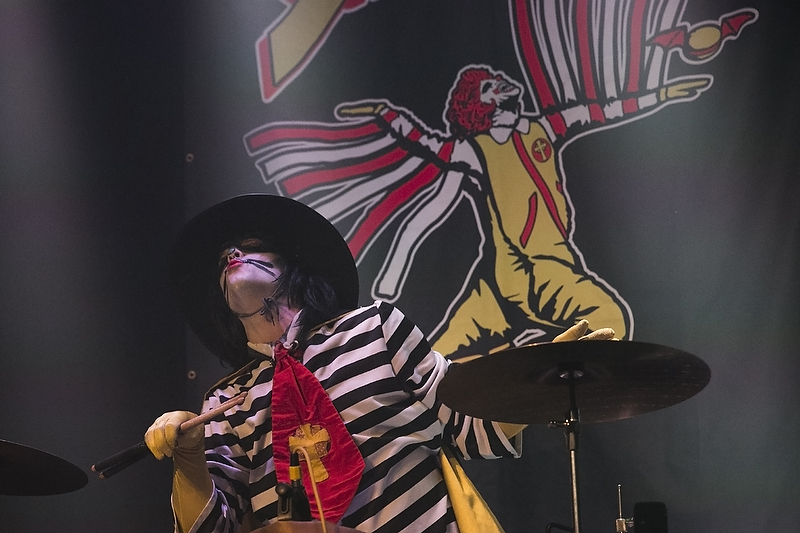 The music is purely Black Sabbath on the outside however the band twists the names of popular songs to create somewhat eye rolling puns such as “Frying Pan” instead of “Iron Man” to “Organic Funeral” in place of “Electric Funeral”. The formula is original and hilarious but it doesn’t stop there. The names of the band members are just as hysterical. On drums there is the Catburglar. It’s a mixture of the Hamburglar and Peter Criss’ cat persona in the band Kiss. On bass guitar there is Grimalice which could be a reference to Alice in Chain’s late bassist Mike Starr. On lead guitar is Slayer McCheese which is the best name in the whole band if you ask me. Finally on lead vocals is Ronald Osbourne. That should be an easy one to decipher. The entire band is dressed in their respective character that include full makeup and intricate costumes that can be hardly classified as homemade or amature. Guitarist Slayer McCheese, for example, is dressed in a large burger head with eyes and large horns. Ronald Osbourne wears the classic Ronald McDonald uniform except with sinistar makeup that would terrify any young visitor of a McDonald’s PlayPlace. 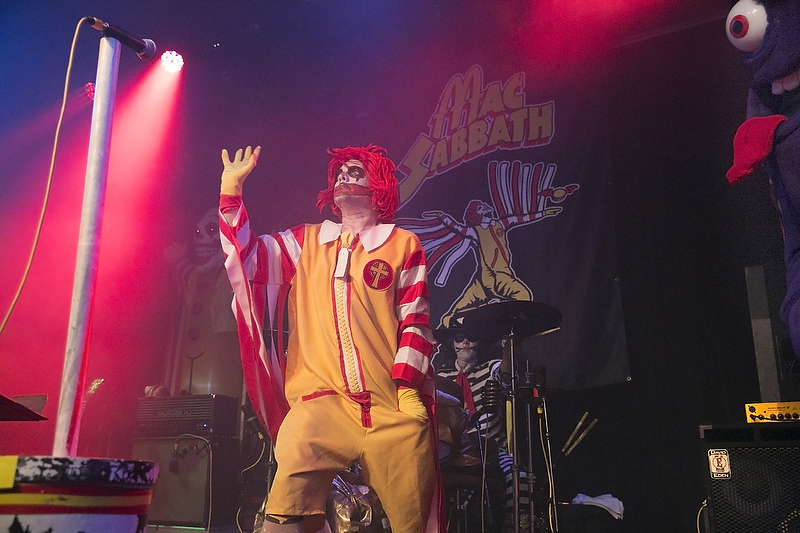 However, Mac Sabbath goes beyond funny costumes and reimaged lyrics. The band is not celebrating McDonald’s practices or food but instead it’s using the characters and songs to warn about the dangers of eating such processed meals. Before playing “Organic Funeral” Ronald announced that the “next song is about the death of real food”. Once the song started the singer listed all the awful ingredients that go into your Big Mac. The band’s manager Mike Odd once said that “m ost of all the lyrics are about the evils of fast food”.

Before the McDonald’s madness two bands had graced the stage. First was Thee Hobo Gobbelins. The group was dressed in 1920s lower class clothes equipped with a guitar, banjo, bass and accordion. Thee Hobo Gobbelins bounced through several folk songs ready for any Halloween party. The music consisted of haunting tales of witches, goblins, and lizard people. It as a merry old time. 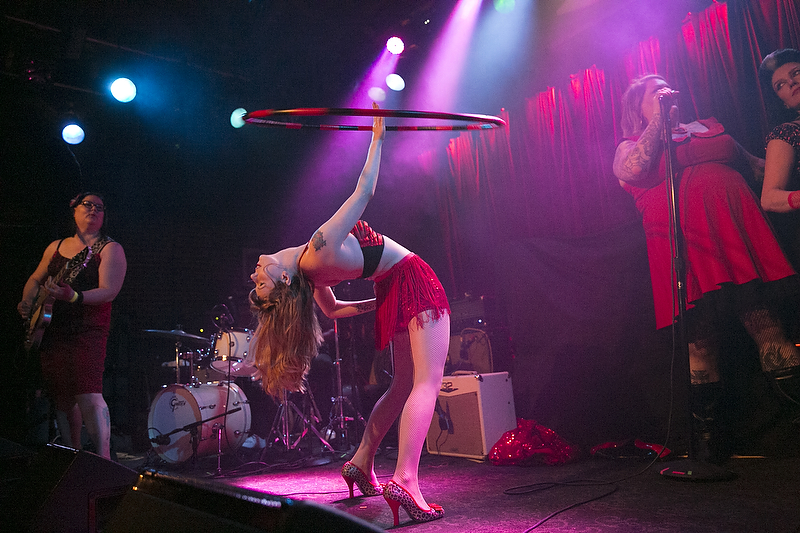 Speaking of merry times the band preceding Mac Sabbath were a group of lovely ladies who called themselves Thee Merry Widows. Thee Widows blasted through solid rock ‘n’ roll tunes that was very much rockabilly and punk rock. The band brought up burlesque dances seemly transported from the 1950s. It was very much a set celebrating the music and fashions from a bygone era.

Here are more photos of Mac Sabbath by Raymond Ahner:

More Ribs | Chicken for the Slaves | Brand of Doom | N.I.B.B.L.E. | Lord of the Swirl | Zipper Up the Uniform | Organic Funeral | Frying Pan | Cherries are Fruits | | Pair-a-Buns

Find out more about Mac Sabbath on their website.

More about Thee Merry Widows can be found here.