Justin Dahl wrote this review with contributions from Pollen Heath. 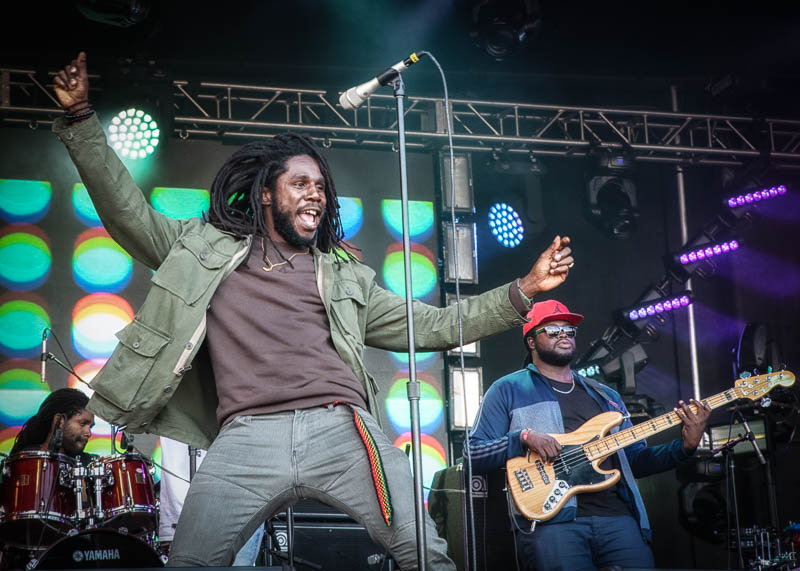 2018’s festival was indicative of the recent recreational legalization of cannabis, as major cannabis sponsors were front and center. Patrons and artists at this year’s festival alike celebrated the repeal of cannabis prohibition, NorCal style! 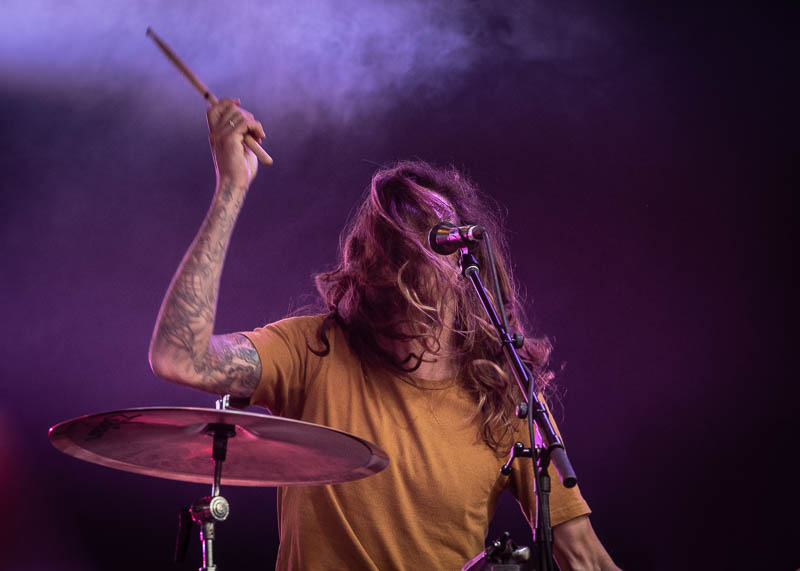 Music, however, is always center stage to the Cali Roots production. This year’s lineup was a phenomenal mix of roots, alternative rock, dancehall, and reggae rock. 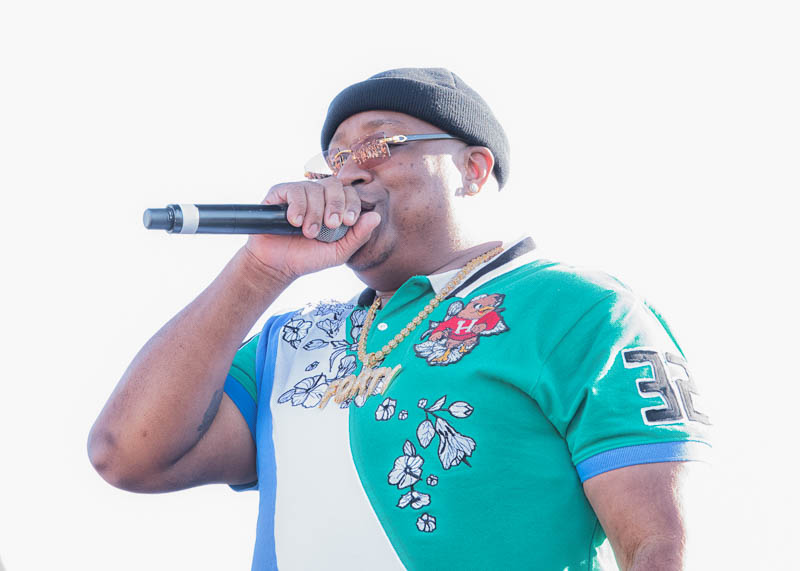 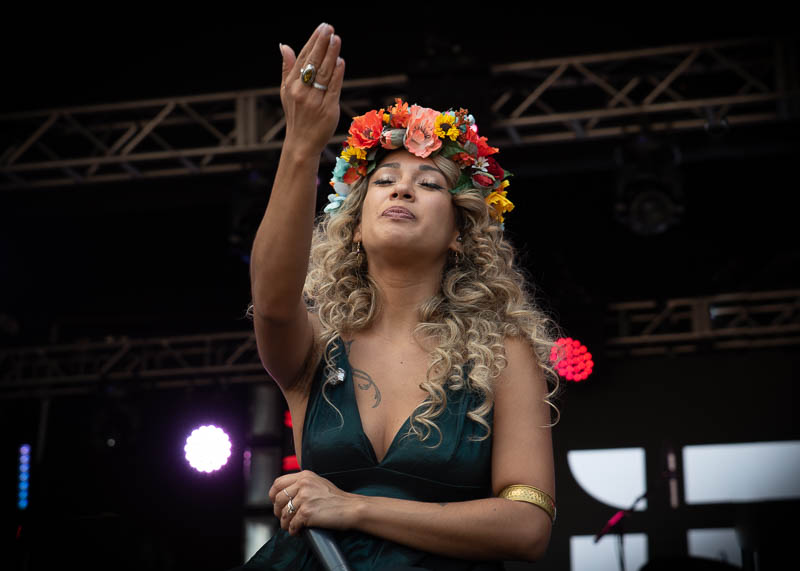 This year’s journey began with campsite set up at Laguna Seca. The staff and neighboring Cali Roots campers were super considerate, and the whole weekend was off to an uplifting and incredibly positive experience. Complete with campfire coffee and cast-iron potatoes. 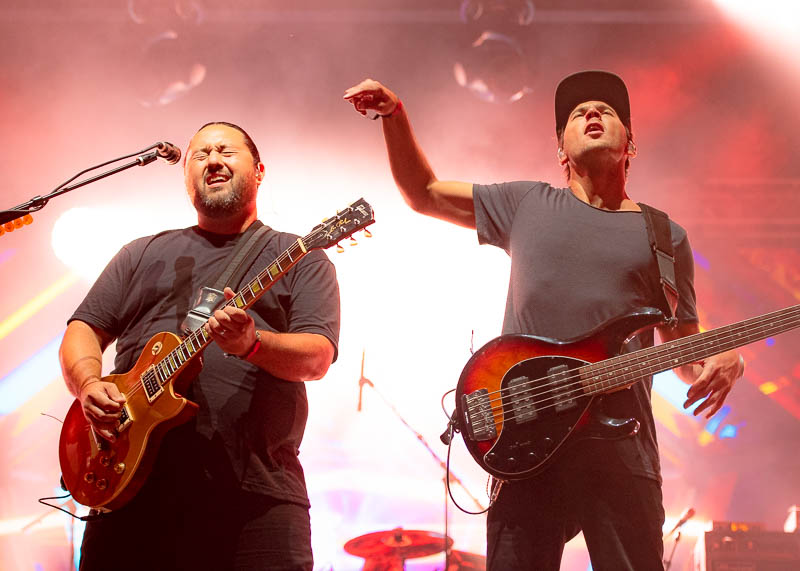 Weather on the first two days was overcast and festival-goers staying at Laguna Seca were treated to a refreshing and calming rain overnight. By Sunday morning, the sun was up, skies were clear and the true festival vibe was in full swing. 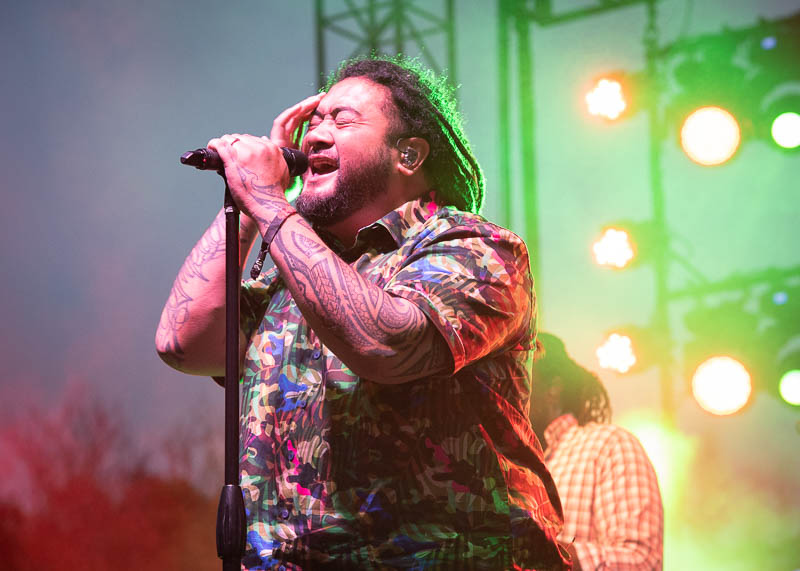 Friday’s lineup was exceptionally diverse and featured the likes of Hawaiian siren Hirie, Jamaican reggae revolutionary Chronixx, Steel Pulse, E-40, and Iration among many others. E-40 and Hirie stealing their respective stages early on. 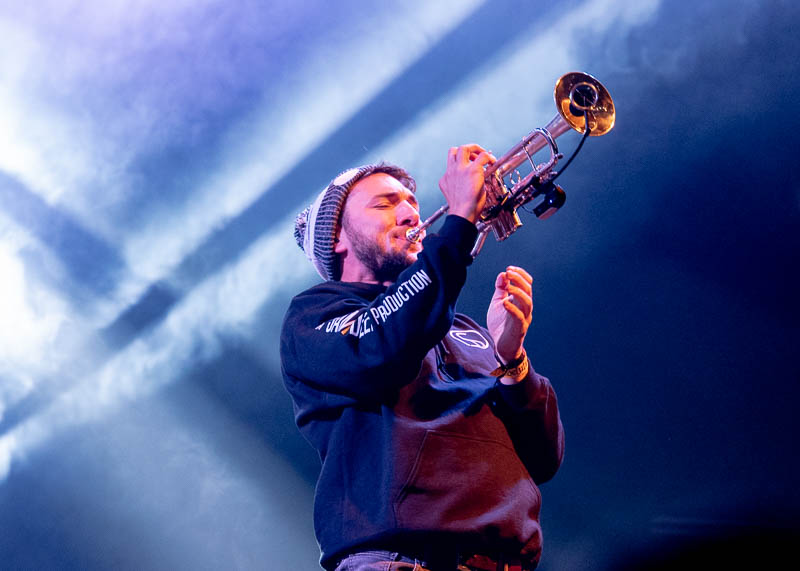 E-40 put the hip in hop with a set full of old school tunes, taking it all the way to 1995. He had everyone jumping and singing along to a slew of his tunes in addition to Dre’s “Next Episode” and Luniz’ “Five On It.” 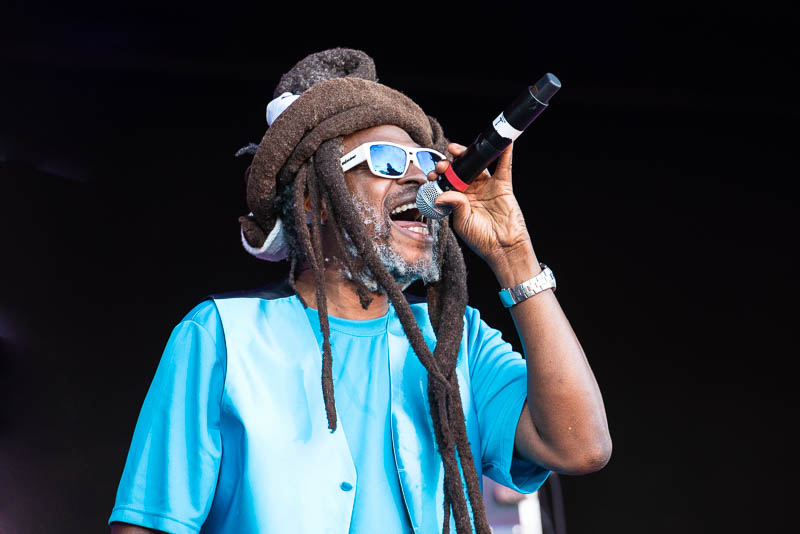 Hirie’s beautiful island voice reached out and grabbed her audience by the heart, filling each with genuine affection. At one point during her set, Hirie sat on the ledge of the Bowl stage and in response to a fan in the front row screaming “I love you,” she smiled and responded “I love you, too!” 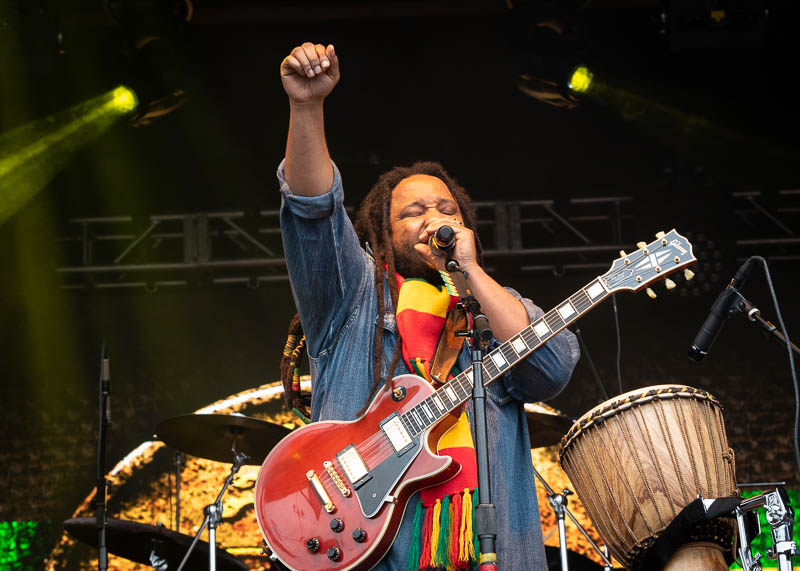 The schedule for Saturday warmed things up a little with Fortunate Youth, Trevor Hall, Stephen Marley, Dispatch, JBoog, and Rebelution.  8-12 feet joints fashioned by RAW brand rolling papers were bounced around during Fortunate Youth’s set at the Bowl stage. Add several blown-up bananas and beach balls, and you have one of the biggest party vibes all weekend! 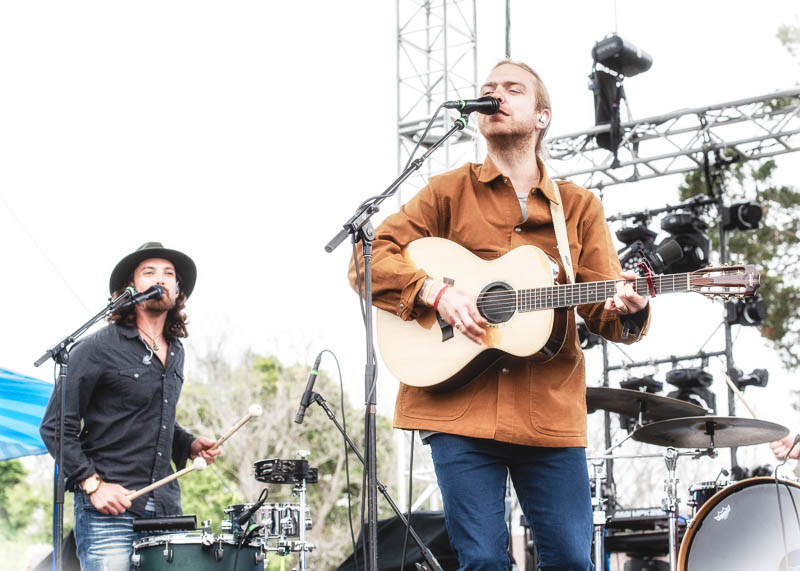 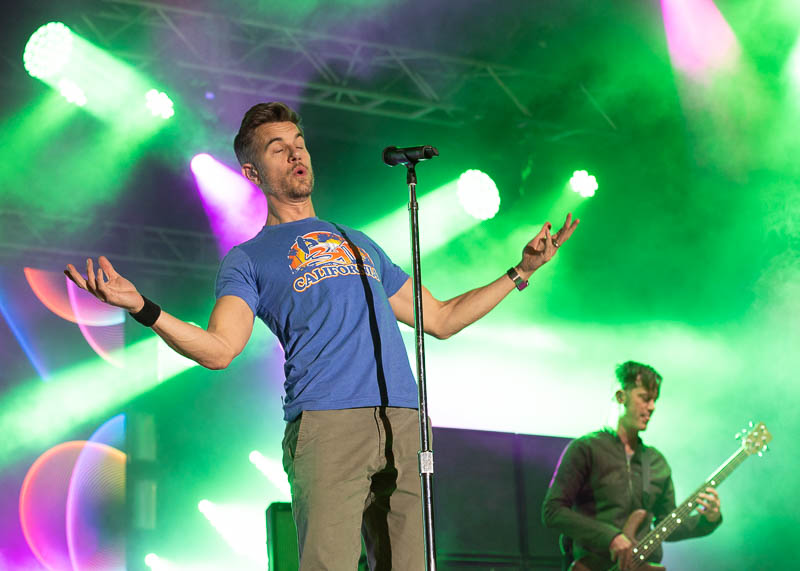 Without a doubt one of the best performances on Saturday was Stephen Marley, who brought the strikingly deep infectious voice of his father to the stage and sang with conviction about love and unity. 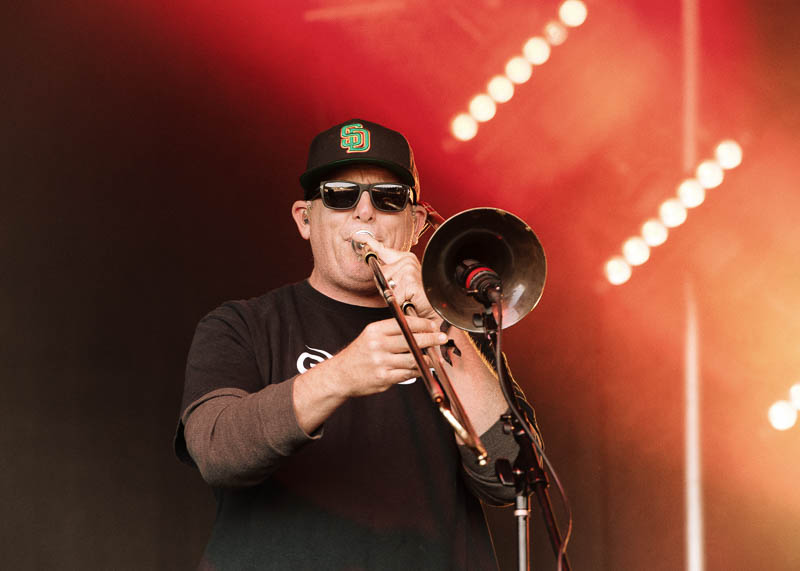 Indie band Dispatch was a great surprise. This band had strong song writing and an engaging stage performance. 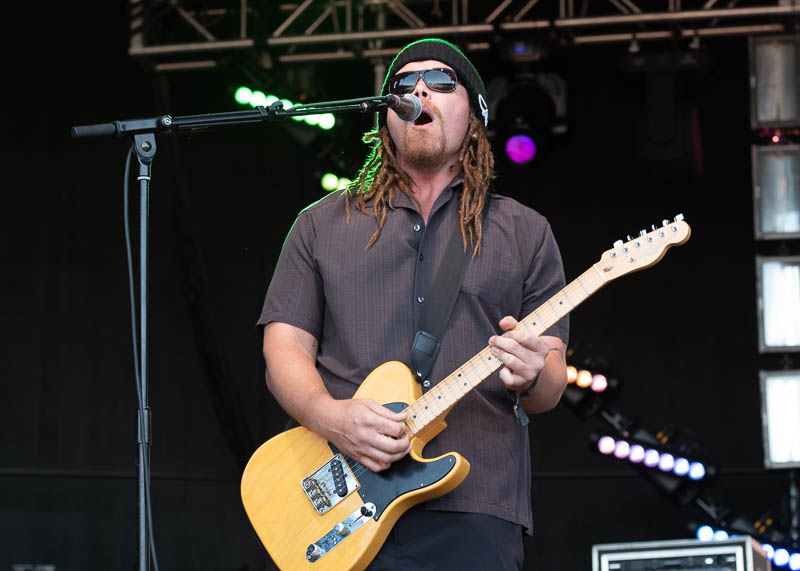 JBoog and crew were terrific as always. Bringing beautiful love songs with a reggae, R&B tip to the Cali Roots stage. 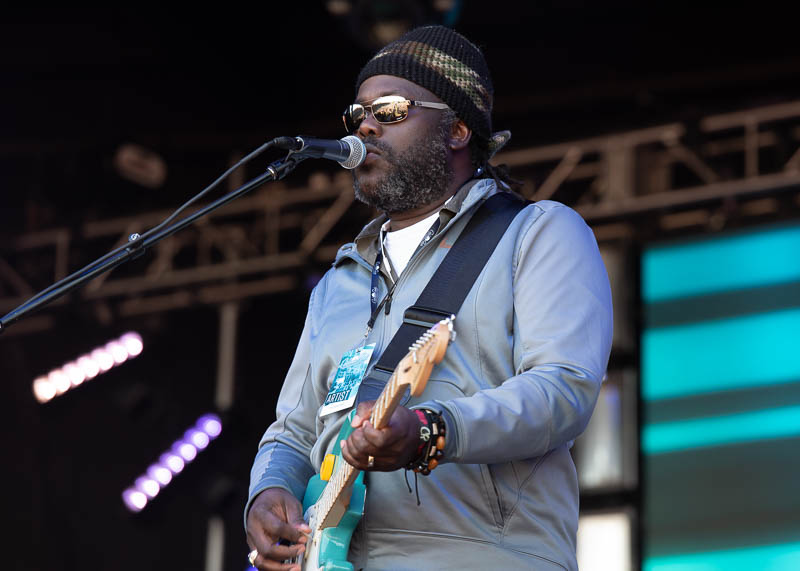 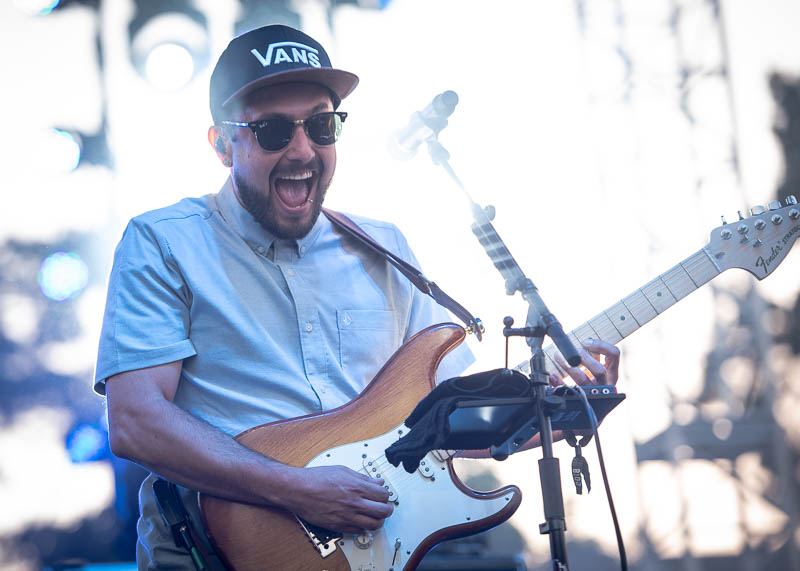 Swinging into the biggest day of the festival, Sunday’s agenda consisted of The Original Wailers, The Green, Tribal Seeds, and 311. 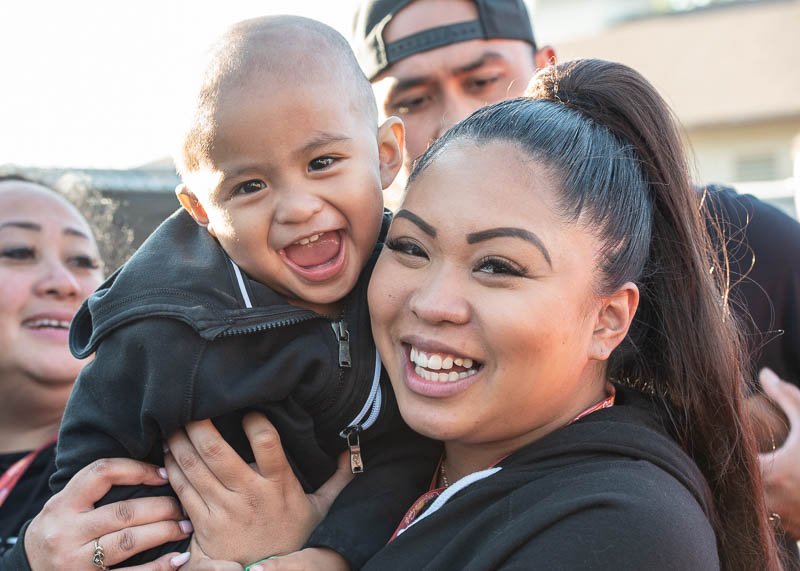 Although guitarist Al Anderson is the only remaining Wailer in this version of the band, it’s clear that only the most talented musicians will do to carry on the legacy. The Original Wailers brought original favorite “No Woman No Cry,” and played some of their new songs off of their more recent album, Miracle. 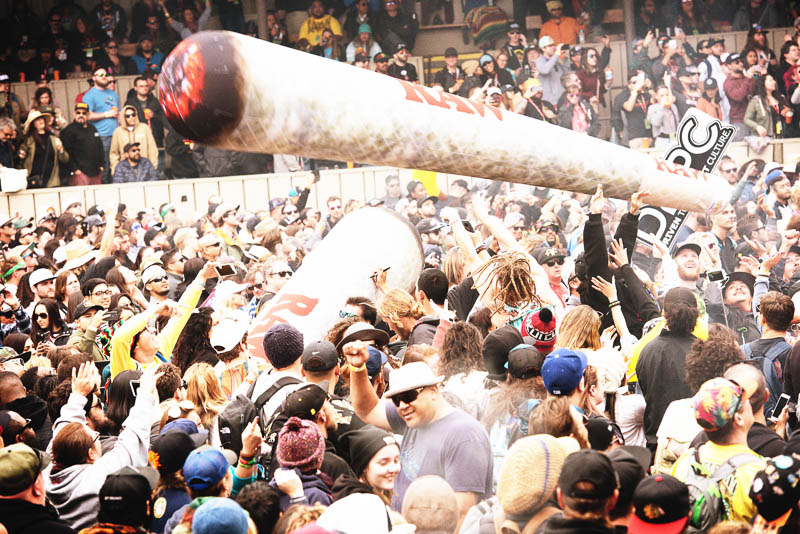 Oahu’s The Green gave an incredible and uplifting performance centered primarily on their newest album, Marching Orders. Upon release in 2017, this album debut on the Billboard Reggae chart at number 1, garnered praise from media globally. 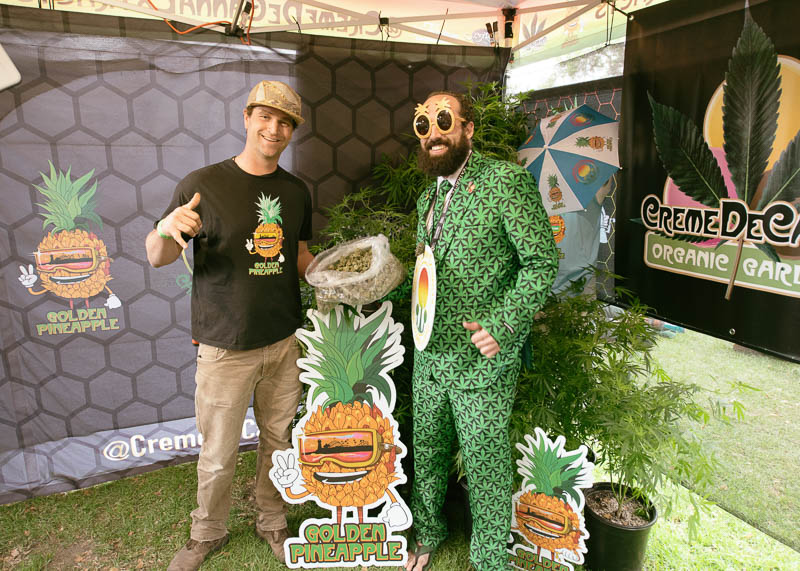 Regularly scheduled at Cali Roots, and flying high off their latest release Gunsmoke (featuring Protoje), Tribal Roots swept onto the Cali Roots stage and played an incredible set to an audience waiting to dance. 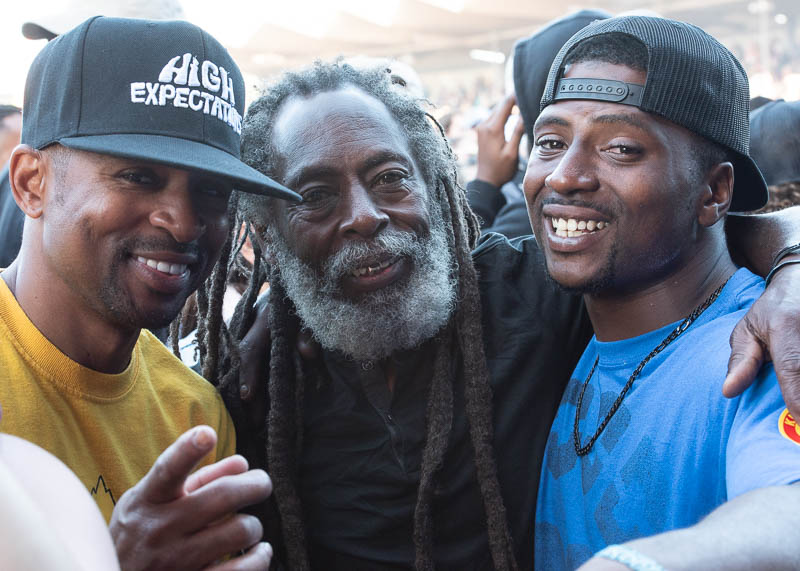 Alternative rock icons 311 put on a fantastic headlining set for the weekend featuring their hits; “Beautiful Disaster,” “Amber,” “Come Original,” “Love Song,” and “Down.” 311 set the crowd afire with a phenomenal drum solo during their song “Applied Science.” Drummer Chad Sexton began a rather unusual drum solo which started on his electronic drum pad, progressed to a myriad of snare and bass drum action and ended with each member of 311 drumming on their own small snare set up. Complete with a flying stick exchange. What an incredible sonic experience that was! 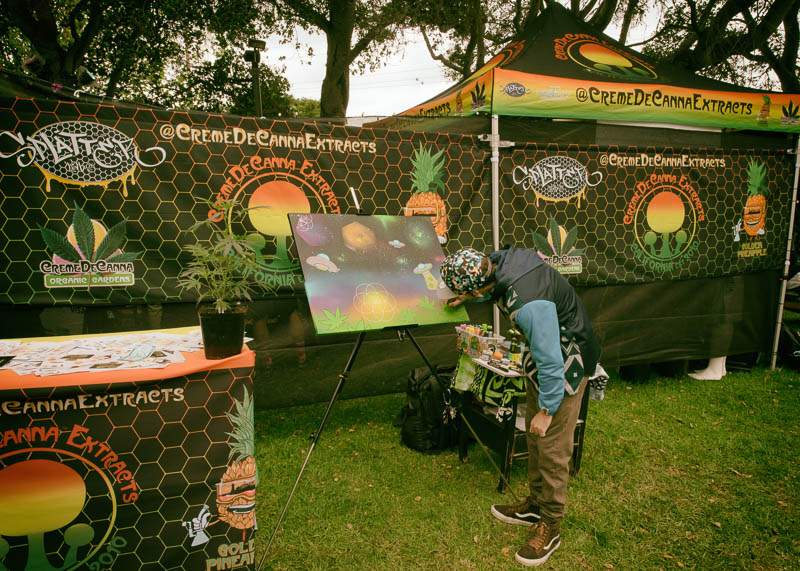 Historically, the Monterey Fairgrounds is recognized as the host to the Monterey International Pop Festival. Artists such as Jimi Hendrix, Janis Joplin, The Who, Grateful Dead, and Jefferson Airplane have graced its impressively large stage known as the Bowl. This stage is the site where Jimi Hendrix lit his Fender Stratocaster on fire. 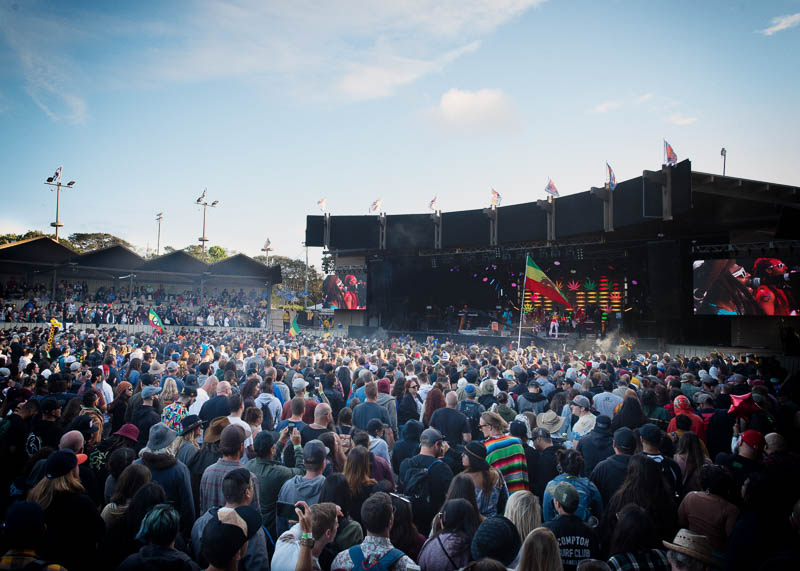 Cali Roots 2019 will be this festival’s 10th Anniversary and fans are excited about the announcements of the next line up.

Here’s a slideshow of photos by Pollen Heath from Day One:

Here’s a slideshow of photos by Pollen Heath from Day Two:

Here’s a slideshow of photos by Pollen Heath from Day Three: