Earlier this year, Octo Octa (a.k.a Maya Bouldry-Morrison) released the personal and uplifting For Lovers EP via Technicolour, which celebrated themes of unity, healing, and love through the optimistic prism of rave. That definitive tone, a resounding thicket of breakbeat, electro, and house, purposely swims upstream against the “banal fuckery” happening in most electronic music today. That unapologetic conviction persists on her upcoming Resonant Body LP landing September 6th.

Bouldry-Morrison, who came out as transgender in 2017, recorded the songs at her cabin in New Hampshire to channel the peaceful forest, the beauty of the river, and the energy from the rituals she conducts within it. 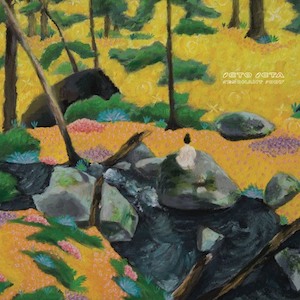 Written and produced at the end of December 2018, the creation process followed a year of constant touring, and an intense and magical year of change.

The label shall give 50 percent of the profits to the Sylvia Rivera Law Project, which works to guarantee that all people are free to self-determine their gender identity and expression, regardless of income or race, and without facing harassment, discrimination, or violence.